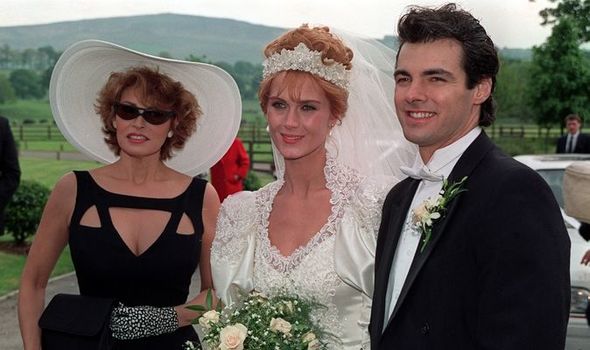 But in the week that the Hollywood goddess turns 80, her British-born former daughter-in-law has set the record straight saying: “If we could see each other again, I would want to give her a hug and wish her nothing but the best.”

Welch stunned onlookers outside the church in the idyllic setting of Bolton Abbey in the Yorkshire Dales, in June 1991, when she arrived late and emerged from her chauffeur-driven limo in a figure-hugging dress with a plunging neckline.

Some members of the bride’s family later professed outrage at the outfit.

But, speaking from her home in Los Angeles where she now lives with her second husband, Rebecca Ferrene, 55, said: “Everyone gets upset about the fact she wore a black dress that showed her cleavage, but the fact is that she wore a beautiful embroidered jacket over the dress to come in the church.

“She was trying to respect English tradition and tried to wear an English dress and jacket ensemble. I actually thought she looked very stylish and beautiful on the day.

“But of course everyone just picked up on her most famous asset – her chest – which was revealed when she removed the jacket for the reception.”

Not everyone in Becky’s family was so complimentary. Fred’s then 87-year-old mother Ethel was said to have confronted the actress and model and said: “You know, young lady, that’s not the kind of outfit to be wearing at a wedding blessing.” The cricketer’s sister, Flo, later said: “Raquel thought she was joking and said, ‘Now I know where Freddie gets his humour from’. But mum was deadly serious.” 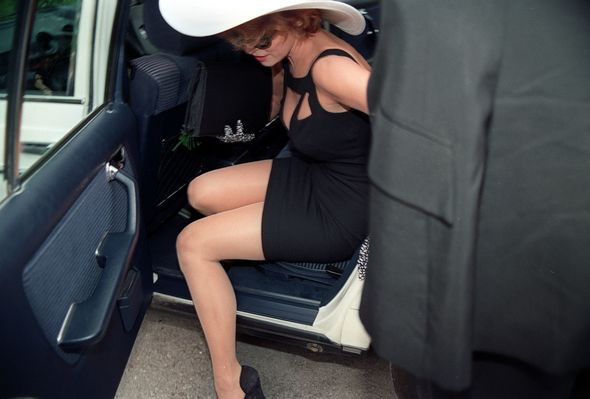 But Rebecca insists: “Damon and I were really the daisies on the lawn compared to Raquel and my dad, but we didn’t have a hard time with that – even if it seemed like everyone else around us was concerned about it.

“What else would you expect when you put a sex symbol and Yorkshire sporting hero together?

“It was very difficult for my mum. I think she just felt that Damon and me should be front and centre, and were being marginalised.”

The Yorkshire ceremony was actually a wedding blessing. Rebecca and Damon had already married in Los Angeles in front of just two witnesses. “We eloped,” says Rebecca. “The Yorkshire wedding was for our families, as dad hadn’t met Damon, and I was yet to meet Raquel.”

Though Rebecca has not met her since the marriage ended, she watched Welch’s interview on Piers Morgan’s Life Stories TV series in 2015. “Yet again the subject of her outfit at my wedding came up and I thought to myself, ‘Oh dear, just let this one go’. I really appreciated the kind words she said then about my dad.

“He really enjoyed her company. In fact, he was chuffed to be around her – after all, she is Raquel Welch. Dad was never offended by her. His Yorkshire humour found the whole thing terribly amusing.”

That humour didn’t fail when Rebecca and Damon split up after 15 months – causing the Yorkshire and England fast bowler and former record holder for the most number of Test wickets taken, to observe: “That marriage didn’t last as long as my run-up.” Trueman died in 2006.

Welch will celebrate her 80th birthday on Saturday, at her home in the mountains above Beverly Hills in Los Angeles. She has been married and divorced four times, the most recent ending in 2004, and has since stuck to her vow not to remarry again.

She told Morgan in their interview: “I’m too set in my ways. I actually enjoy being me and I make a very good living at it, and I’m happy. I don’t have to have a man.”

Rebecca, a stylist and fashion buyer, remarried in 1998 to film editor and producer Welborn Ferrene, and the couple also live in Los Angeles, with their son Luke, 19, and daughter Tema, 13.

She says of her former mother-in-law: “I would only wish her the happiest of birthdays because I have huge appreciation for the time she spent with me and the qualities people don’t get to appreciate about her. It isn’t just her ability to look and stay beautiful but it’s also her intelligence and her wit. She was always kind to me in our time together.

“She was incredibly funny and fun to be around – I always wished I’d seen her in more funny roles like the Three Musketeers because of her comedic timing.”

“That was the Raquel that I got to know and love!,” she says.

Royalty Brown, 5, Throws Up The Peace Sign During Adorable Pool Day With Friends