All Creatures Great And Small

The bride spent the morning mucking out, and the groom woke up in a barn after his stag night before testing a herd of cattle for TB. The ring was eaten by a dog, who was sick in the car as the groom — who’d lost his shoes — raced to the church.

All in all, a perfectly normal wedding day on All Creatures Great And Small (C5).

If you needed cheering up after recent events, this should have done the trick.

Pretty much every old joke about weddings was there.

The best man losing the ring? Check. The happy couple made do with a bit of knotted string.

Hangovers after a rowdy stag night? Check. One moment we saw James (Nicholas Ralph) downing a yard of ale, and the next thing we knew it was morning and Mrs Hall was asking Siegfried (Samuel West) why his trousers were in the pantry.

Doubts before the big day? Check. Helen (Rachel Shenton) has form on this matter, but was just teasing her father this time. 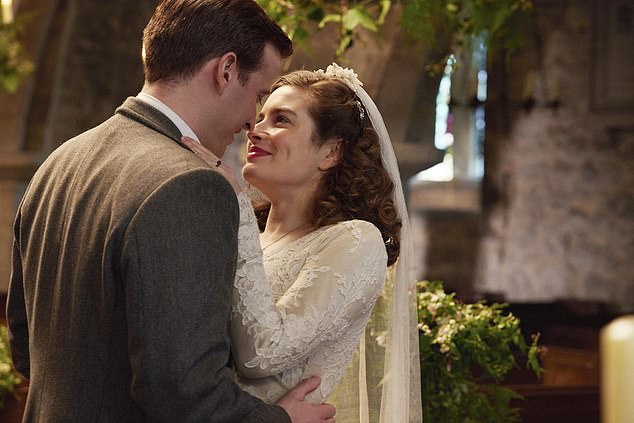 Nothing was seriously going to go wrong (unless you were a cow with a broken leg). You know what you’re going to get from All Creatures Great And Small: the cosiest of comfort viewing.

Everything looks wonderful in Darrowby, and almost everybody has a kind word. Even the grumpy farmers of the 1980s adaptation seem to have been cleared off the moors.

They’re still admirably unexcitable, though. When Helen’s father first saw her in the bridal gown, she shyly asked: ‘Look all right?’

‘Fair to middling,’ he replied. In 1930s Yorkshire, there could be no higher praise.

Apart from wondering what Helen sees in her goody-goody husband, I have only one small quibble. When James met his parents off the bus, he and his father embraced warmly. Did blokes really do that in the pre-war North?

As the young men of Darrowby set off for war service, and James wondered whether he should be doing his bit, there were dramatic real-life adventures revealed in My Grandparents’ War (C4).

In the first episode of a new series, actor Kit Harington, best known as Jon Snow in Game Of Thrones, offered up his grandparents and their distinguished war record for inspection.

His maternal grandmother Pippa was a nurse in Exeter. As bombs rained down on the city, she had only a tin basin to protect her head.

As she passed a soldier one day, he gave her his tin helmet and romance blossomed. As it would. Greater love hath no man than to surrender his headgear in a bombing raid. 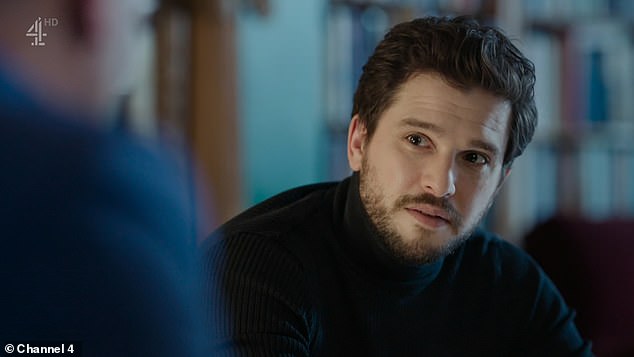 There were dramatic real-life adventures revealed in My Grandparents’ War (C4), with the first episode of the new series seeing actor Kit Harington, best known as Jon Snow in Game Of Thrones, offering up his grandparents and their distinguished war record for inspection

You’ll not be surprised to learn that the man in question, John Catesby, later won an MC in Italy.

Kit’s paternal grandparents both worked for British intelligence during the war. Grandmother Lavender, based in Barbados, intercepted letters from America and helped to discover nine enemy agents.

Grandfather John was a senior agent for both MI5 and MI6 in the Caribbean, tasked at one point with spying on the Duke of Windsor, who was governor of Barbados but an unapologetic Nazi sympathiser.

Kit’s excitement on learning all this was very touching. In fact, he had only one complaint about his grandparents. ‘If they’d just passed me a few more of the tall genes, I might have been up for Bond,’ he sighed. ‘They gave me everything, but they made me 5ft 7in — about two or three inches too short.’

CHRISTOPHER STEVENS is away.