All in good fun? Many of Scooter Braun’s close friends congratulated him on the $300 million deal he made to acquire Big Machine Records and Taylor Swift’s masters, but one message in particular raised eyebrows.

Miami-based hospitality entrepreneur David Grutman shared an article about the deal on his Instagram Stories on Sunday, June 30, alongside the caption, “WHEN YOUR FRIEND BUYS TAYLOR SWIFT!!! @scooterbraun.” Braun, 38, reposted the message on his own account, but deleted it later in the day. 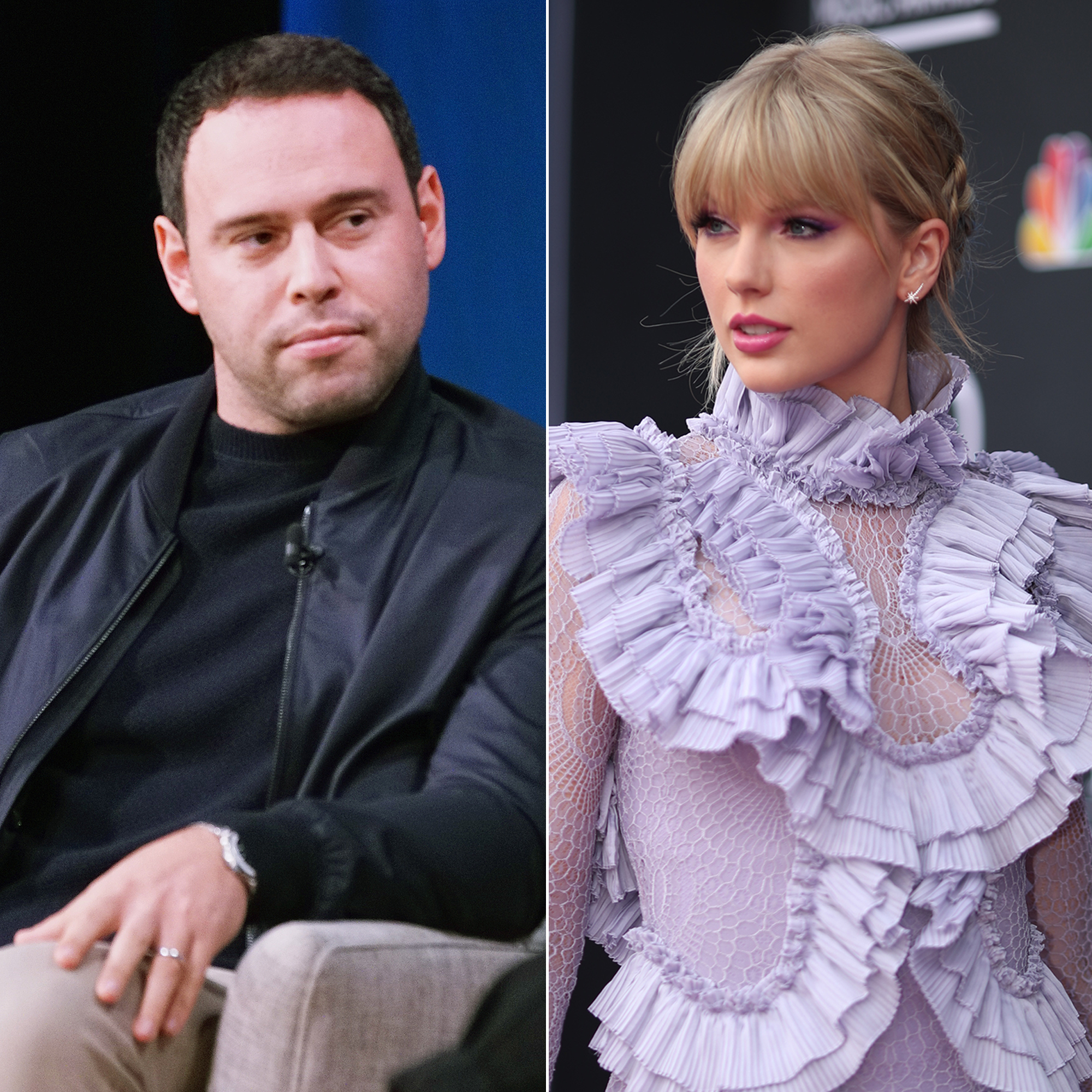 A screenshot of the talent manager’s repost has since been recirculated on Twitter, where one Swift fan claimed it “shows his intentions and proves that he bullied” the pop star. “Scooter literally exposed himself in a now deleted instagram story, before everything exploded,” the fan added. “We love men exposing themselves without even knowing it #WeStandWithTaylor.”

Swift, 29, slammed Braun’s acquisition of her back catalog in a lengthy Tumblr post earlier on Sunday. She claimed that she learned about the deal “as it was announced to the world,” and called out the entrepreneur for years of “incessant, manipulative bullying,” in part by his clients Kanye West and Justin Bieber.

“Scooter has stripped me of my life’s work, that I wasn’t given an opportunity to buy,” she continued. “Essentially, my musical legacy is about to lie in the hands of someone who tried to dismantle it. This is my worst case scenario. … Never in my worst nightmares did I imagine the buyer would be Scooter.”

Braun has yet to publicly respond to the “You Need to Calm Down” singer’s blog post, but his wife, Yael Cohen, fired back in a three-page note posted on Instagram on Sunday night. The F–k Cancer founder, 32, claimed that Swift passed on “the opportunity to own” her masters, and wrote that the Grammy winner’s father, Scott, a Big Machine board member, was “notified” about the deal prior to the public announcement.

“And girl, who are you to talk about bullying?” Cohen continued. “The world has watched you collect and drop friends like wilted flowers. My husband is anything but a bully, he’s spent his life standing up for people and causes he believes in. … You are supposed to be a role model, but continue to model bullying.”

Braun’s new business partner and Swift’s former boss, Scott Borchetta, who founded Big Machine, also spoke out, writing in a blog post on the label’s website on Sunday: “Scooter has always been and will continue to be a supporter and honest custodian for Taylor and her music.”

Priyanka Chopra Gets Honest About Starring In Skin-Lightening Cream Ads: 'One Of The Biggest Missteps Of My Career'