Serena Williams has had to deal with all manner of challenges since returning as a new mother to the sport she once ruled.

Now with Williams seriously short on tournament play, the spinning wheel of tennis fortune has put her in the toughest corner of this year’s Wimbledon draw: a quarter that includes Ashleigh Barty, the new No. 1, and three former No. 1s and Wimbledon champions — Garbiñe Muguruza, Maria Sharapova and Angelique Kerber.

“Serena’s in the group of death, no question about it,” said Rennae Stubbs, the ESPN analyst, coach and former WTA player.

But Williams has rumbled through many a nasty draw on her way to 23 Grand Slam singles titles. If she is healthy, she can pose a threat to any woman on grass, even as a 37-year-old seeking her first tournament title in two and a half years.

She is, after all, a seven-time Wimbledon singles champion who reached the final last year before losing to Kerber.

But is Williams genuinely healthy?

Her coach, Patrick Mouratoglou, insists that she is, after seeking treatment in Paris for the persistent left knee problems that forced her to withdraw from the Miami Open in March and the Italian Open in May, each after just one round. Her movement also appeared constrained in her straight-set loss to Sofia Kenin, a feisty young American unintimidated by baseline pace, in the third round of the French Open.

“I’m happy because Serena is injury free finally,” Mouratoglou said in an interview from Wimbledon on Friday. “She was in pain for three months, so it’s just a big, big difference. The knee was swelling all the time. It was big. She needed treatment every day to be able to step on a court even though in pain.”

Mouratoglou said Williams had resolved her knee problem by consulting with the French orthopedic surgeon Gilles Daubinet, a former medical director for the French Tennis Federation who has treated Amélie Mauresmo, a former No. 1, and Yannick Noah, the 1983 French Open men’s champion.

“Therapy, not surgery,” Mouratoglou said. “I have to say he did a great job, and we solved the problem in two weeks.”

Williams has coped with knee tendinitis intermittently throughout her career, and there has been concern, at this late stage, that damage to the joint might be too significant to let her continue competing at the highest level.

“It was not as bad as we could think, and that was basically what the doctor said, which was really cool,” said Mouratoglou, who declined to discuss the injury or treatment in detail. “The knee was in pain, but the solution was not complicated, not that complicated.”

After Williams’s loss to Kenin at Roland Garros on June 1, Mouratoglou said, she took two weeks off before resuming normal hitting sessions at his academy in southern France. That means she has nearly two weeks of valuable practice behind her, which has been rare this season and was not possible in the run-up to the French Open.

“She could play but was playing with pain and did a preparation with pain, which you never want to do,” Mouratoglou said.

That begs the question: Why play the French Open at all? Williams said in Paris that she had mulled the question daily before deciding to proceed.

“She always thinks she can find a way, even if injured and in pain, ”Mouratoglou said. “It’s her No. 1 quality, to believe in herself even in the most difficult situations, so I don’t want to take that away from her.”

Mouratoglou flashed back to 2015, when Williams won the French Open despite a spiking fever in the final rounds. 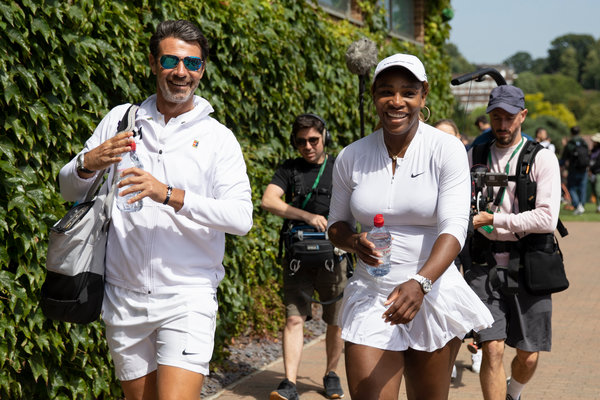 But she was on top of the tennis world at that stage. Since her return to the tour in March 2018 after the birth of her daughter, Olympia, Williams has yet to win a title at any level. She has yet to reach so much as a semifinal this season, playing in only five tournaments and retiring or withdrawing from three of them.

“Her movement was definitely hindered at the French against Kenin, and it can’t be, because women’s tennis is too strong right now,” said Tracy Austin, a former No. 1 player turned analyst. “She needs to be able to move at full throttle. It’s not just a big serve and look to have quick points. You need to have that mobility.”

That is true even on grass, where Williams’s serve, perhaps the most potent weapon in the history of women’s tennis, allows her to shorten points more easily than on slower or higher-bouncing surfaces. But as Kerber proved in last year’s final, opponents are able to extend rallies on grass and force Williams into compromised court positions and errors.

In the first round Tuesday, Williams is set to face Giulia Gatto-Monticone, an Italian qualifier. After that she could face Kristyna Pliskova, who also has a dangerous serve and is the identical twin sister of third-ranked Karolina Pliskova. In the third round, Williams could play Julia Görges, a power player whom she defeated in the Wimbledon semifinals last year.

If she keeps winning, Williams could run into Kerber in the fourth round and Barty in the quarterfinals, but women’s tennis has generally not respected the seedings of late.

Predictions are for the brave at this unsettled stage: Consider that Barty just won the French Open, her first Grand Slam singles title, without facing a top-10 player.

Barty beat Kenin in the quarterfinals and Amanda Anisimova in the semifinals. Kenin, 20, and Anisimova, 17, are leaders of an emerging group of American players with serious potential. The new wave includes the 15-year-old Cori Gauff, known as Coco, who is the youngest women’s qualifier in Wimbledon history. She will face Venus Williams in an intergenerational opening-round match at the All England Club on Monday. Williams, 39, won two of her five Wimbledon singles titles before 2004, the year Gauff was born.

“I’m just super excited for this new group coming up, all getting along really well and pushing each other,” said Kathy Rinaldi, the United States Fed Cup captain.

Those youngsters follow in the wake of Sloane Stephens, 26, and Madison Keys, 24, the Americans who faced off in the 2017 United States Open final, which Stephens won.

“I think Sloane and Madison are great, it’s just that they came at a time when it was really difficult to beat Serena,” Mouratoglou said. “Sloane won a Grand Slam, and she can still win several in the future. Madison can, too.”

But, as Mouratoglou pointed out, the Americans in this new wave will almost certainly not have to deal with Williams in the prime of their careers.

She is still in the draw for now. And if she is indeed healthy enough to swing and move freely again on the lawns at Wimbledon, she is a contender.

“Every day that passes, she is stronger because we are building on something solid,” Mouratoglou said. “Whereas before we could not.” 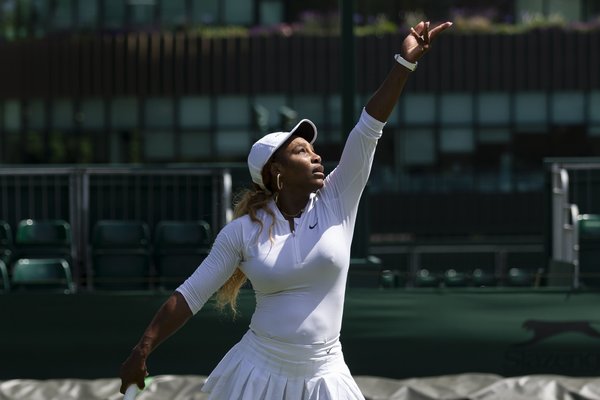 Christopher Clarey has covered global sports for The Times and the International Herald Tribune for more than 25 years from bases in France, Spain and the United States. His specialties are tennis, soccer, the Olympic Games and sailing. @christophclarey

Kelis on Beyonce and Pharrell sampling her music: Its theft

Lena Dunham on Love Island's Maura Higgins: 'As fun as Maura is when she’s fun, she can also be duplicitous and rageful'