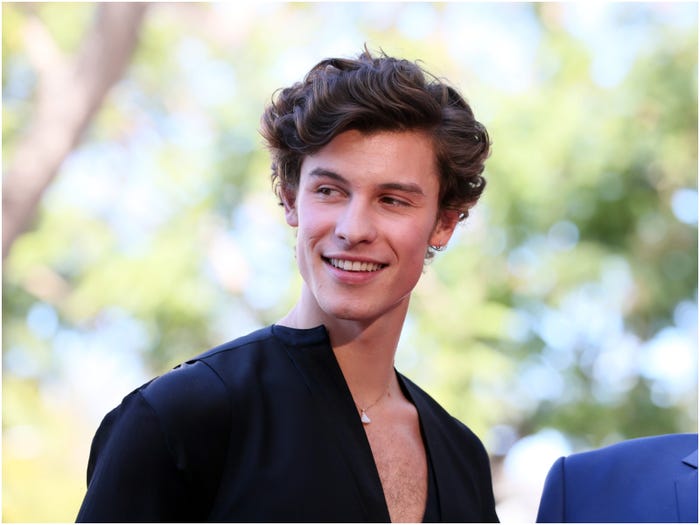 Shawn Mendes said that the consistent rumors about his sexuality over the years have been "frustrating" to endure and have actually caused him to suffer.

Mendes spoke to Dax Shepard on Shepard's "Armchair Expert" podcast and in the candid interview said: "It was so, so frustrating for me because there were some people in my life that I was very, very close to who were gay and in the closet. And I felt this real anger for those people."

Mendes said that he finds it "tricky" to comment on the sexuality rumors, and never knows how to respond to those situations. Mendes said: "You want to say, 'I'm not gay but it'd be fine if I was gay. But also, there's nothing wrong with being gay but I'm not.'"

Mendes explained that these rumors have actually been around for a long time, telling Shepard: "Everyone's been calling me gay since I was 15 years old."

The 22-year-old singer said that he didn't grow up "wrestling" and instead would do things like get his hair braided. He also admitted that he had "problems" with how his voice sounded, which he alludes may have contributed to the rumors of him being gay.

Mendes said: "I'm like, 'How do I sit?' I'm always first to cross my legs and sit with a position of this feminine style and I really suffered with that s–t."

However, Mendes was quick to point out that although he does feel he suffered at the hands of these rumors, he doesn't have it bad compared to people who are LGBT.

Mendes said: "I think a lot of guys go through that and, even worse than that, there are so many guys who are gay and in the closet and must be hearing s— like that and being like, 'I'm terrified to come out.'"

In 2016, Mendes took to Snapchat to confirm to fans that he wasn't gay after numeral fans said they got a "gay vibe" from him. Mendes said: "First of all, I'm not gay. Second of all, it shouldn't make a difference if I was or if I wasn't. The focus should be on the music and not my sexuality."

Mendes, who also suffers from anxiety and saw a therapist to help deal with it, addressed this incident again in 2018 during a Rolling Stone interview. Mendes said: "I thought, 'You f—ing guys are so lucky I'm not actually gay and terrified of coming out.' That's something that kills people. That's how sensitive it is. Do you like the songs? Do you like me? Who cares if I'm gay?"

Mendes is currently in a relationship with fellow singer Camilla Cabello, and has been since 2019. The pair collaborated on the chart-topping "Señorita," while the list of songs written for and about one another is pretty extensive.

About Cabello, Mendes told Shepard that he's "lucky" to be in a relationship that encourages men to be more vulnerable and open with their emotions.

Anderson Cooper Splits From Dr. Boyfriend – Is Andy Cohen Next?