Stacey Solomon admitted Christmas had been “a strange one” in view of her 3.9 million Instagram followers. The Loose Women star shared a candid video of the festive period while in her engagement “bubble”.

Omg I’ve missed you all so much

Her boyfriend Joe Swash proposed on Christmas Eve and was heard referring to her as his “future wife” in the upload.

The 31-year-old said that even though this year’s celebrations had been unusual, she gushed about the time she’s spent with her family.

She lives with the EastEnders actor, 38, their son Rex, one, and her two boys from previous relationships: Zachary, 12, Leighton, eight.

Her future husband and three children featured heavily in the sweet clip, as All You Need Is Love by The Beatles played in the background. 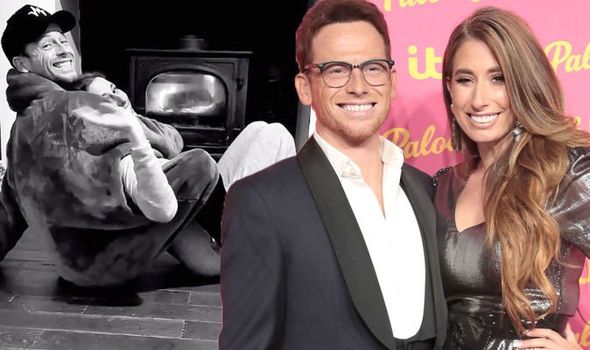 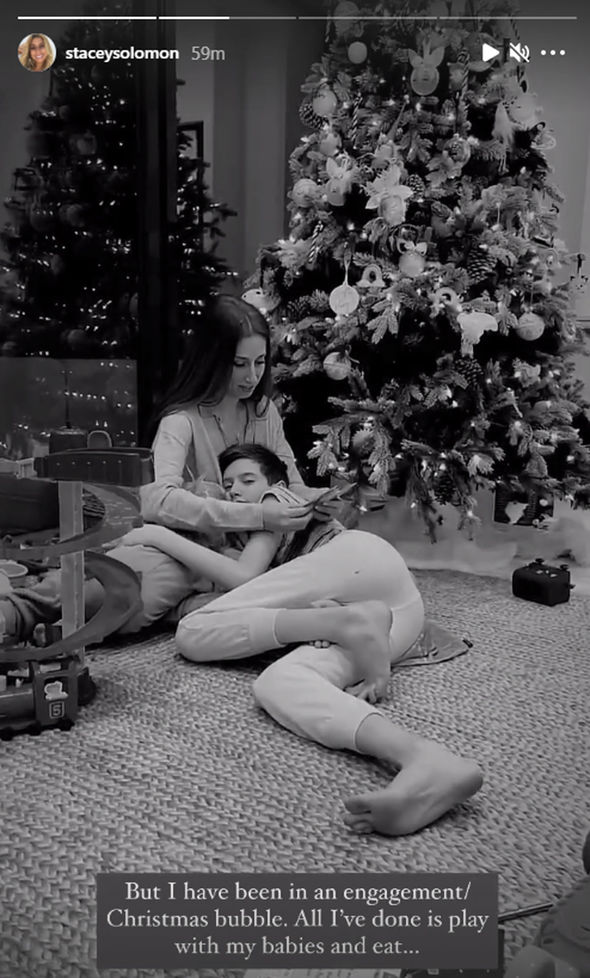 The presenter continued: “But I have been in an engagment/Christmas bubble. All I’ve done is play with my babies and eat.

“We’ve been so lazy. We haven’t left the house.”

Stacey then referenced the ongoing coronavirus pandemic and how many had to spend Christmas without their entended family. 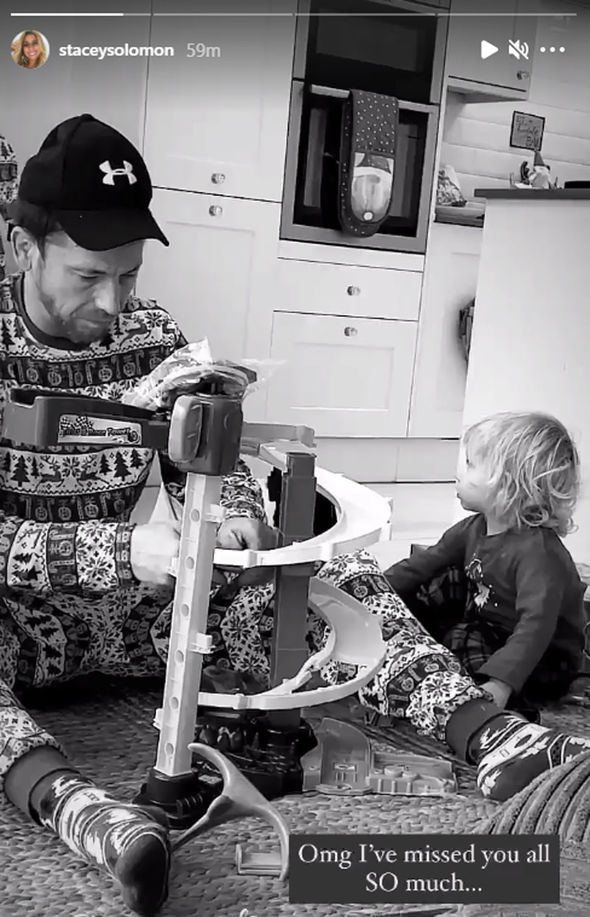 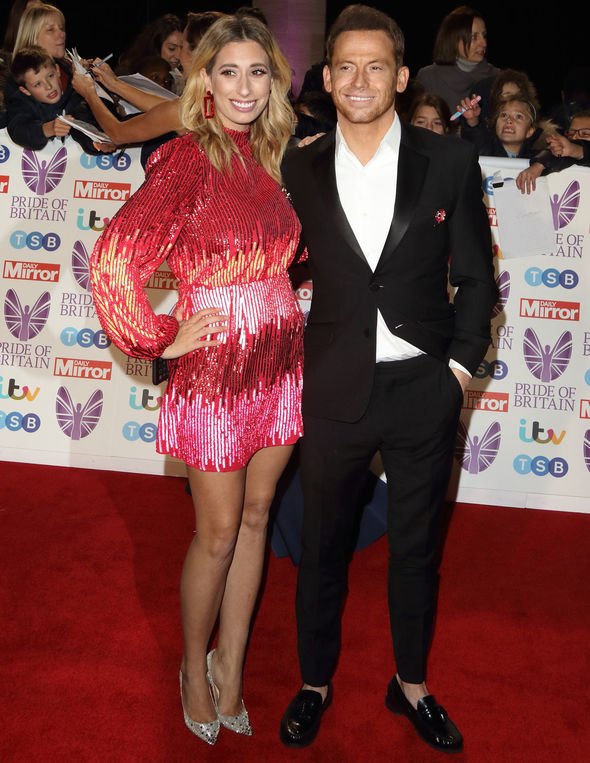 She wrote: “I hope your Christmas was as good as it could be.

“It was a strange one, wasn’t it? But it’s a new year tomorrow.”

The star signed off: “Hopefully with new hope and better days. Love you all. Missed you all far too much.”

Among the moments shown, one saw Stacey and Joe cosying up on the floor by the fire.

“There she is, my future wife,” the actor was heard sweetly saying midway through.

As well as being shown asleep on the sofa with her offspring, she also gave fans a good view of her engagement ring at the end.

It comes six days after Stacey first broke the news of Joe’s proposal on the picture-sharing app.

She looked emotional in the accompanying image, while her sparkler took centre-stage.

Stacey captioned it: “To the moon and back bub. I have no words.”

She later shared videos of the woodland setting, which Joe had covered in white roses.

Her ITV colleague Andrea McLean was one of the first to comment: “Oh my goodness!!!! Huge congratulations Stacey and Joe.”

Nadia Sawalha went on: “I can’t believe I didn’t see this in the whatsap group! I’m so thrilled for you both! Feel quiet emotional.”