New details have come to light regarding the shooting of Lady Gaga’s dog walker and the theft of two of her French bulldogs.

In a video obtained by TMZ, it appears the whole horrifying ordeal was caught by a neighbor’s surveillance video. The disturbing and graphic video first shows a man walking dogs on the sidewalk.

Then, a light-colored four-door sedan pulls up alongside the man before two people get out of the backseat and a struggle ensues. One of the men is heard yelling, “Give it up.”

The dog walker tries to fight back as the dogs are being grabbed — one dog is able to get away — while the assailants snatch the two other animals.

Then, a loud gunshot is heard and the dog walker falls to the ground screaming he’s been shot as the car drives away.

A rep for Gaga confirmed to People magazine that the footage is of the theft and it was taken by a neighbor. According to TMZ, Gaga’s team “wanted” the surveillance video “to be seen to catch the shooter and recover her dogs.”

Fox News has reached out to Gaga’s rep for comment. 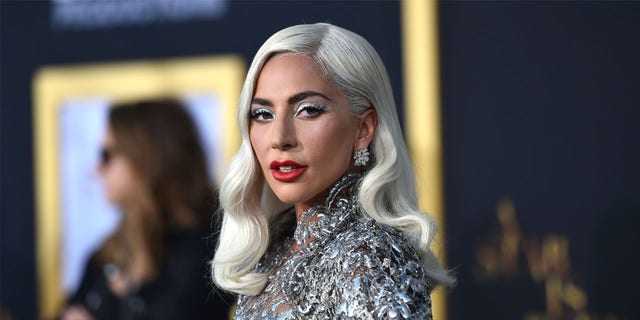 Lady Gaga has offered a $500,000 reward for the return of her two stolen dogs.
(Getty Images)

The attack occurred late Wednesday night as Gaga’s dog walker, who is “a friend” of the family, was caring for the Oscar winner’s three dogs. Lady Gaga has since offered $500,000 for the return of her dogs, Koji and Gustave, no questions asked.

Those with information on the case should email [email protected], the singer’s rep told People.

Los Angeles Police Department Public Information Officer Jeff Lee confirmed to Fox News on Thursday morning that a 30-year-old male was shot just before 10 p.m. on Wednesday, and was transported to a local hospital by Los Angeles Fire Department paramedics. 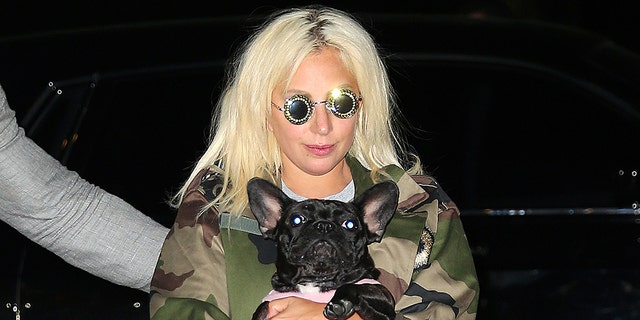 Lady Gaga with her dog Miss Asia in 2015. She was not stolen.
(XPX/Star Max/GC Images)

“Last night at around 9:40 p.m. a shooting took place in the 1500 block of North Sierra Bonita Avenue. The male unknown suspect fired a gunshot from an unknown location striking the 30-year-old male white victim,” Lee said.

Lee told Fox News the department is treating the case as an “assault with a deadly weapon,” noting that the weapon used was a semi-automatic handgun. Lee added that “no arrest has been made yet” and the victim was in “unknown condition.”

However, according to People, the victim, whose name hasn’t been released by authorities, is currently in critical condition.

Gaga is in Italy prepping to film her new movie “Gucci.” A source told “Entertainment Tonight” that she is “beside herself about this situation” and “is horrified that this happened.”

“Her dogs are her babies and she is completely devastated and sickened by this,” the insider said, adding that the singer “feels somewhat helpless because she is far away” but she is “doing everything she can and praying.”

The untold truth of Pistol Annies

Matthew McConaughey's Son Is His Mini-Me! Check Out The RARE Photo!