The Migos star has passed away at the age of 28 after being shot when an altercation broke out during his night outing with his uncle and bandmate Quavo.

AceShowbiz –Takeoff has died at the age of 28 after being gunned down in Texas. The rap star – whose real name was Kirshnik Khari Ball – was killed following an “altercation” at the 810 Billiards and Bowling Houston in Texas during the early hours of Tuesday morning, November 1, TMZ has confirmed.

“Takeoff and Quavo were there playing dice when an altercation broke out and that’s when someone opened fire, shooting Takeoff either in the head or near his head. He was pronounced dead at the scene,” a source told the outlet.

TMZ went on to report that two others were shot at the scene and have been hospitalised although their conditions remain unclear but confirmed that Quavo escaped the incident without injury.

Just hours before the incident, Takeoff – who is said to have been single and does not leave behind any children – posted a selfie on Instagram from the bowling alley and, prior to that, had been seen in a video driving around with Jas Prince as the pair celebrated the music executive’s birthday. 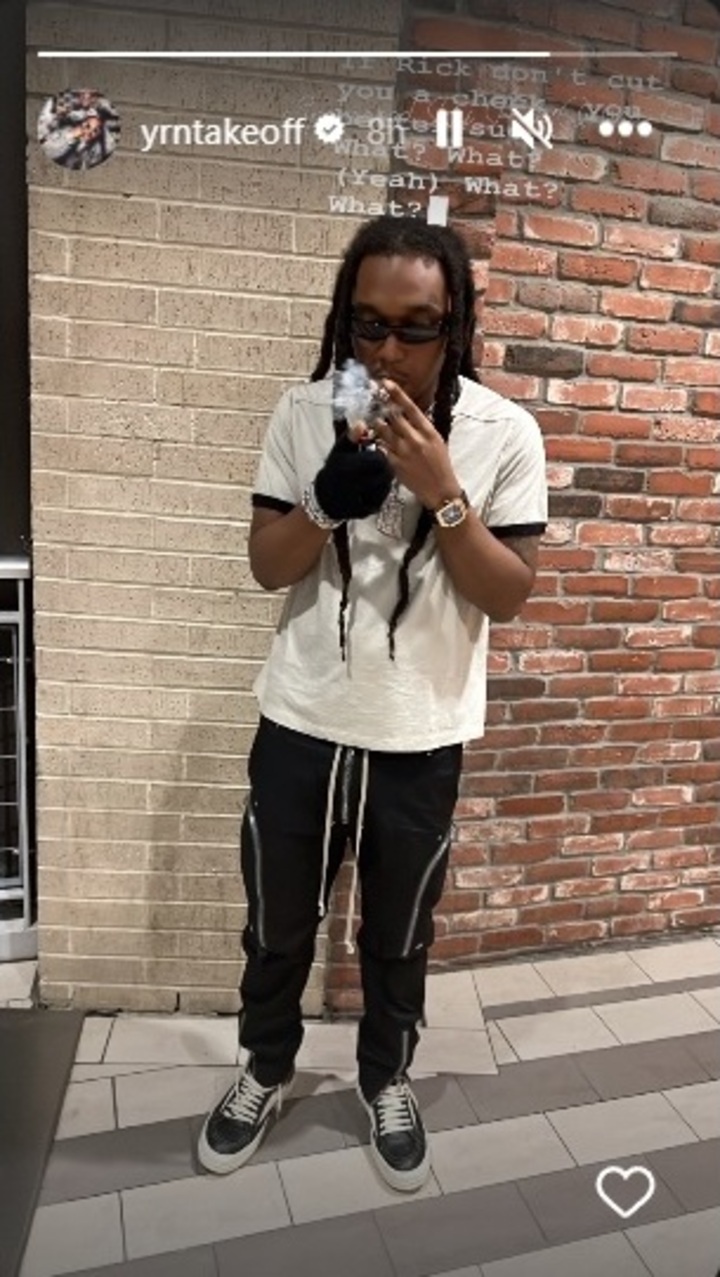 Takeoff posted his photo on Instagram just hours before his death

Following the tragic news, several famous faces took to social media to pay their respects to the “Last Memory” hitmaker who was known for creating hits such as “Versace” and “Bad and Boujee” alongside his uncle Quavo and cousin Offset as part of hip hop group Migos.

Boxer Chris Eubank Jr. tweeted, “I remember Takeoff being a very down-to-earth, cool dude. Can’t believe I’m having to say this again about another young black star being killed for no reason, something really has to change in the industry,” while hip hop artist Juice Wayne wrote, “It’ll never make sense, Never ever, Rest in Peace. Prayers to the family of the fallen (sic).”