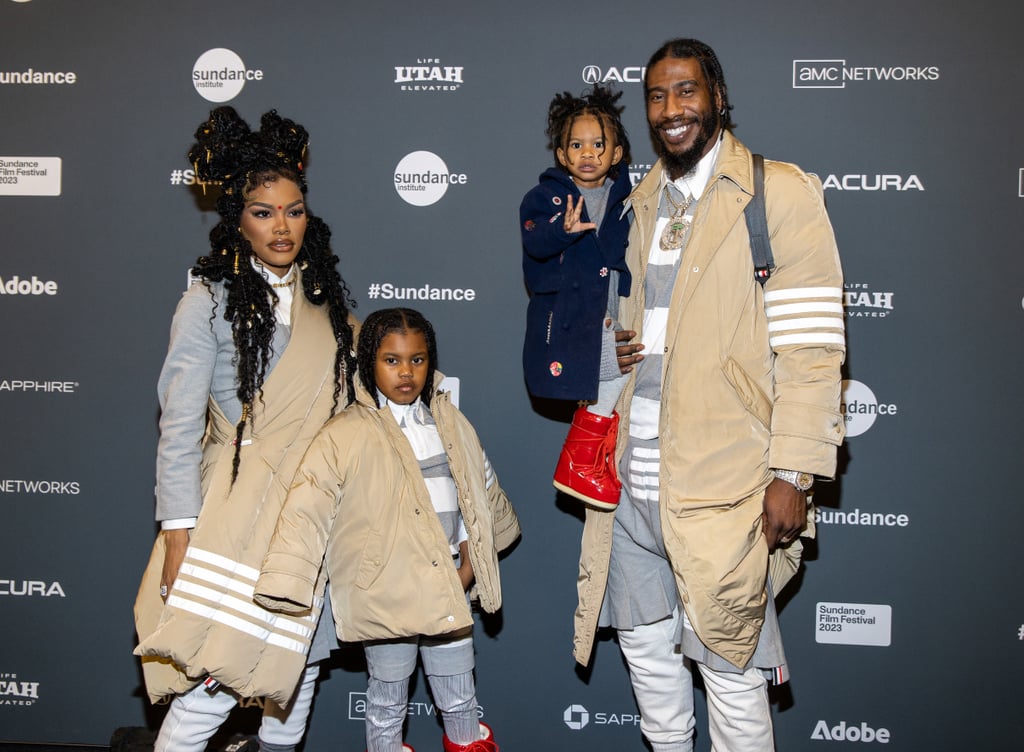 It’s a whole family affair! Teyana Taylor had the support of her brood at the premiere of “A Thousand and One” during the 2023 Sundance Film Festival in Park City, UT, on Jan. 22. The singer and actor walked the red carpet with her her husband, Iman Shumpert, and their two children, 7-year-old Iman “Junie” Tayla and 2-year-old Rue Rose. The entire family was dressed in coordinating khaki outfits by Thom Browne.

In the film being celebrated that evening, Taylor portrays a mother who kidnaps her child, played by Aaron Kingley Adetola, out of the foster care system. Sundance called the role “career-defining,” and The Hollywood Reporter said Taylor’s performance “pierces the heart.” Taylor wrote on Instagram following the premiere, “I would like to take this opportunity to Thank the Lord for allowing me this platform to work with some wonderful people, this is not a small thing. I am truly grateful.”

Taylor has been with Shumpert since 2014, marrying him two years later in the bathroom where their first daughter was born. The two have been huge sources of support for one another ever since, cheering each other on throughout the years. “I think what has made us strong is we have put [in] a lot of years and a lot of love,” Taylor said in reference to their relationship. “At this point, nobody can really break us apart.”

Taylor previously flexed her acting skills in more lighthearted movies such as “Coming 2 America” and “Honey: Rise Up and Dance,” where she got to display her dance talent. The more serious “A Thousand and One,” on the other hand, shows Taylor in a new light. It also bears a personal connection, as Taylor grew up in Harlem, where the film is set.

See how Taylor’s family celebrated her Sundance debut ahead.

Rachel Riley explains the meaning behind her daughter’s unique name

How Did Carl Ruiz Die?