Arie and Lauren Luyendyk are now parents of THREE little ones. Lauren gave birth to twins — a boy and a girl — making a former trio a family of five!

Lauren Luyendyk gave birth to a baby boy and girl on June 12. The addition of the twins officially means that Lauren and her husband, Arie Luyendyk Jr., who met on The Bachelor, are now parents of three. The couple already has a daughter, Alessi, who just turned two on May 29.

Arie announced the exciting news on his Instagram Story. He wrote, “@luyendyk twins are here! Momma and babies are doing great and everything went smoothly. Spending time cherishing these moments, and thank you all for all the support.” 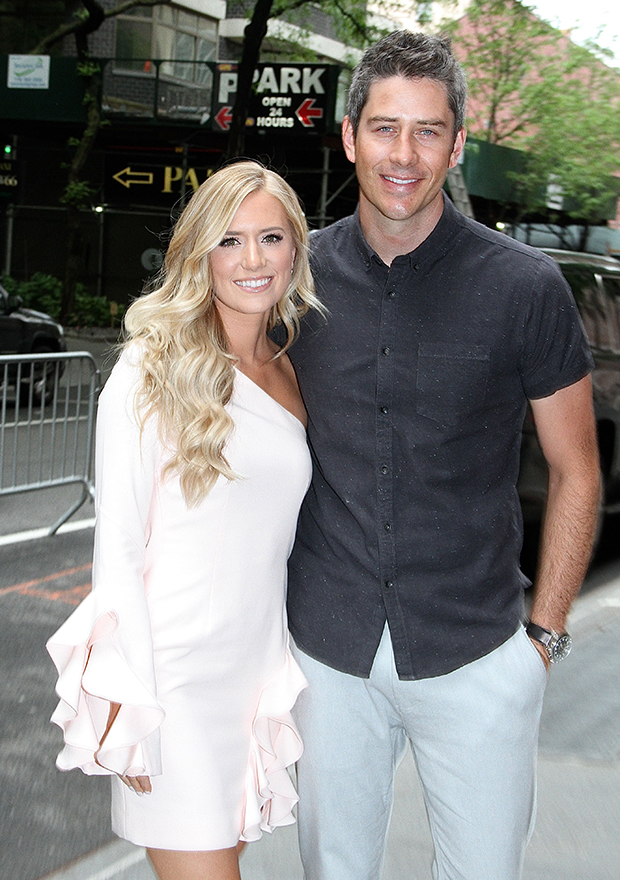 Arie chronicled the couple’s journey at the hospital. Earlier on June 12, Arie posted a video on his Instagram Story of Lauren in the hospital. Later, Arie revealed that Lauren would be having the twins. He gushed that Lauren was “so excited. She started crying right away.” Arie also admitted that Lauren was having a “hard time” with nausea. He later posted a photo of himself in scrubs while Lauren was being “prepped” for delivery. Just a few hours later, the twins arrived!

Arie and Lauren have quite an interesting journey on The Bachelor. During the finale of season 22, which aired in 2018, Arie actually dumped Lauren at the final rose ceremony. Instead, he chose Becca Kufrin as his final pick, and even proposed. However, before the season aired, Arie started having second thoughts about who he wanted to be with.

As the show was airing, Arie ended things with Becca and pursued a relationship with Lauren. By After the Final Rose in March 2018, he and Lauren were fully back together, and they got engaged during the live after show. When they tied the knot in Hawaii in Jan. 2019, Lauren was already pregnant with the pair’s first child. Alessi was born in May 2019.

In 2020, Arie and Lauren found out they were expecting again, but, sadly, Lauren had a miscarriage just before Alessi’s first birthday. Obviously, they were devastated by the news, but decided to share it with fans in case anyone was going through the same heartbreak. “You’re not alone,” they assured their followers.

In December, seven months after the miscarriage, Arie and Lauren confirmed that they were expecting once again. This time, there was even more exciting news, though — just weeks later, they revealed that they were having twins! Now, the proud parents will certainly have their hands full, but they haven’t ruled out the possibility of more kids just yet.

“The possibility of us having another one is there,” Lauren told HollywoodLife EXCLUSIVELY in April. “I’m not totally closed off to it. But we’re going to see how it goes with the three and then go from there.”

Woody Allen 'should be in jail,' Meghan McCain says after conclusion of HBO doc