Holy Hot Wheels! We have our first look at the brand new Batmobile from the upcoming Worlds of DC movie The Batman.

Its retro flourishes — which bring to mind the Tim Burton Batmobile in its elevated dome — mark a change from the heavily-armored vehicles that Batman has driven in Christopher Nolan and Zack Snyder’s films.

These brand new images also offer a fuller view of Pattinson’s sleek redesign of the Batsuit, albeit he is shot from a distance — presumably on a gloomy Gotham City night. 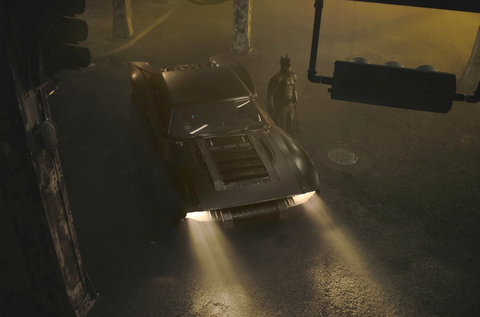 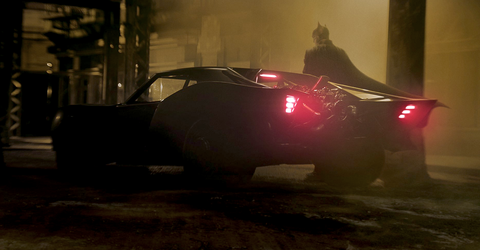 More exciting is that Reeves definitely did not skip out on the firepower even with his slimmer frame for his Batmobile.

The bumper of this version of the Batmobile is fully equipped with fire blasters to propel the vehicle to ultra-fast speeds while Batman is pursuing The Penguin (Colin Farrell), The Riddler (Paul Dano) and Catwoman (Zoë Kravitz) through the winding streets of Gotham City.

In those set photos, The Glasgow Necropolis was doubling for Gotham City as filming continues in England and Scotland throughout the Spring. 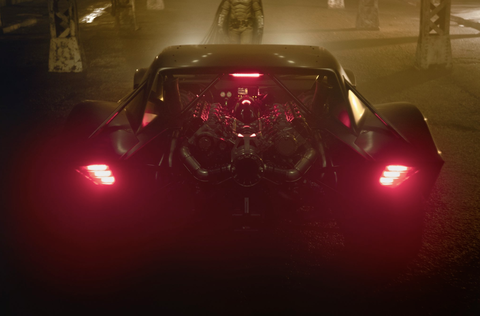 Related: Robert Pattinson is “perfect” for Batman role, according to co-star Zoe Kravitz

Pattinson recently received the full endorsement of Justice League star Ben Affleck when the latter was discussing his departure from the role.