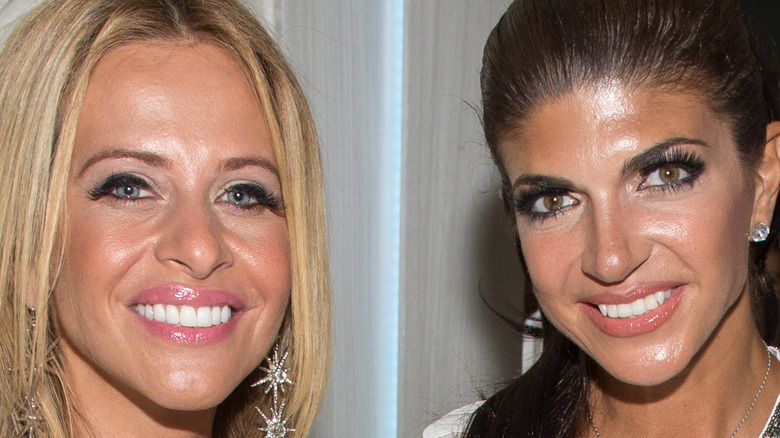 Over the years, fans of the “Real Housewives” franchise have witnessed many friendships between cast members come and go. However, one friendship that appeared to have stood the test of time is that of “The Real Housewives of New Jersey” stars Teresa Giudice and Dina Manzo.

After quitting the reality TV hit following her second “RHONJ” stint in Season 6 (via People), Manzo has all but disappeared from the Bravo universe, leaving many fans wondering whether or not she and Giudice are still friends today.

If the pair’s social media activity offers any indication, it seems the former co-stars are still going strong as pals today. Speaking in an Instagram post in June 2021, Giudice uploaded a selfie of herself and Manzo along with a heartfelt caption that read, “Good friends are like angels, you don’t need to see them to know that they are always there.”

In honor of Manzo’s birthday in March 2021, the “Real Housewives” star shared another Instagram post in which she described her friend as “one of the most beautiful women inside & out.” Giudice continued, “She has the purest heart & soul, she gives selflessly to anyone in need and I’m so lucky to have her my life. I love seeing her so happy, she deserves it.” 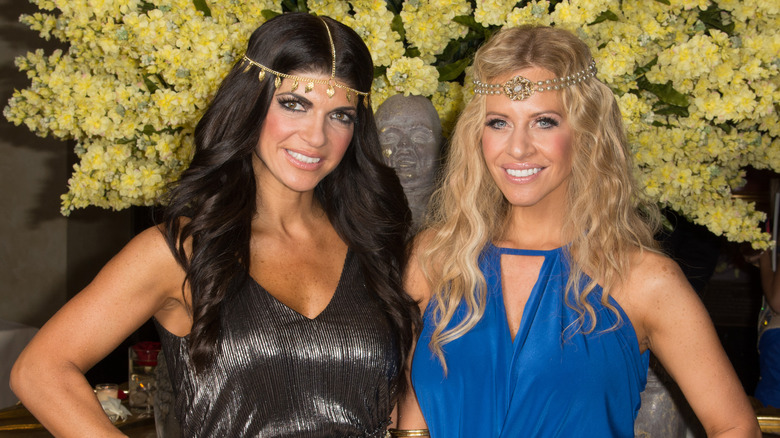 In May 2021, Dina Manzo also paid tribute to her close pal Theresa Giudice on her birthday. “Your playful spirit and lighthearted strength is so refreshing and inspiring,” the former reality star wrote on Instagram alongside a selfie of the duo.

According to Bravo, the pair still manage to make their friendship work despite now living on opposite ends of the country, and, back in 2019, the “RHONJ” stars reunited in Manzo’s new home of California alongside their mutual friend, Rosana Costa. “So happy to see both Cali girls miss them both so much, love you both,” Giudice wrote at the time.

Although Manzo is no longer attached to “The Real Housewives of New Jersey,” Giudice provided fans an update of Manzo’s love life with her husband, Dave Cantin, during an appearance on “Watch What Happens Live” back in 2020. “She’s doing amazing. Her and David are married. They have a beautiful house… She seems so happy. I’m happy for her… I like him a lot,” Giudice told host Andy Cohen at the time (via Bravo).