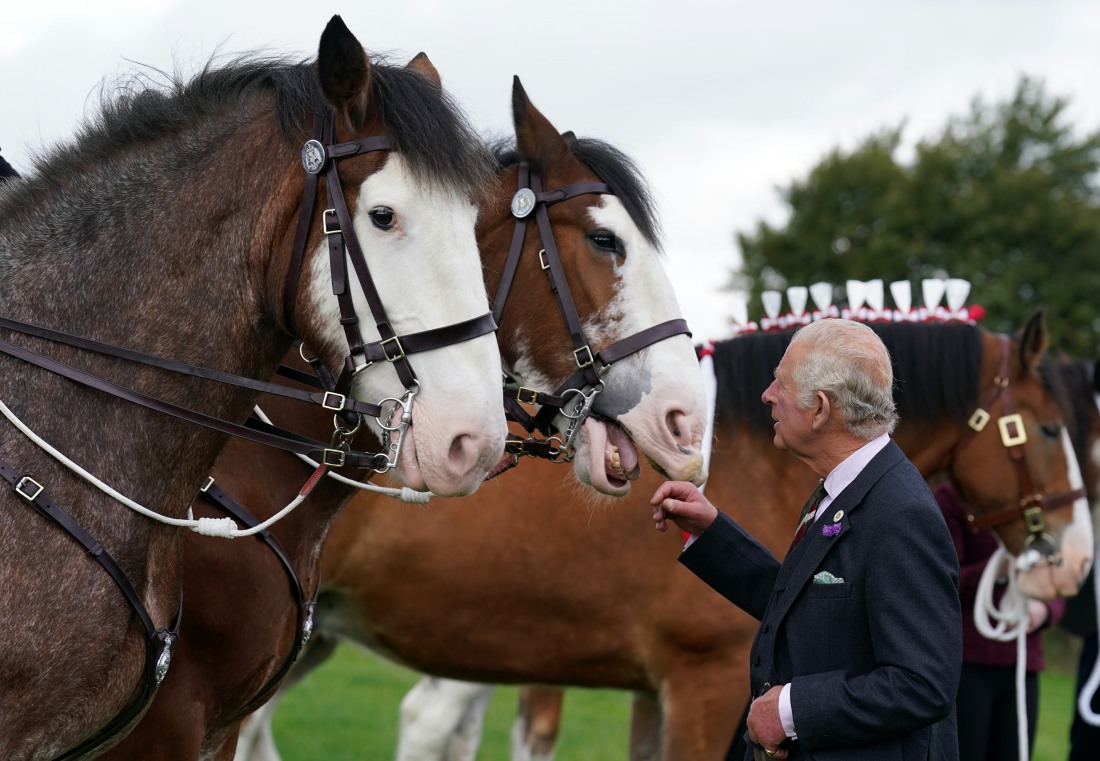 Last week, we learned that King Charles was selling off 14 racehorses from his late mother’s enormous stable. Queen Elizabeth’s passion was horses, racing and horse breeding. She spent decades working closely with her private stable operation to breed the best racehorses in Britain. She spent an endless amount of time and resources to improve her operations for years and years. And now her son is committed to dismantling the whole thing rather than simply hand it off to one of his relatives. The horse world rumor mill is churning over Charles’s reported plans to sell off the entire stable in the next few years.

King Charles has made more than £1million by selling off 14 of the late Queen’s beloved racehorses, reinforcing fears that he might be planning to wind down the royal racing operation. The King sold more than a third of his mother’s racehorses, which he inherited upon her death last month, at the famous Tattersalls October sales in Newmarket, Suffolk this week.

The royal racehorses made him an average of £76,821 each – £1,075,500 in total – with Charles’s first race-winning horse Just Fine being sold for £300,000. Trained by the Queen’s longest standing trainer Sir Michael Stoute, Just Fine won an impressive victory in Leicester earlier this month – the first win since the late monarch’s death on September 8. He was one of four of the Queen’s former horses that sold for six-figure sums.

There are rumours that the new monarch might be planning to wind down, or at least scale back, the royal racing operation. A source close to the Royal Sandringham Stud in Norfolk said there is talk of ‘winding down’ the breeding operation over three years, until it ceases to be a commercial operation…. The Royal stud could be a museum in three years. It would be a real shame.’

A Royal source confirmed Charles will reduce the number of horses but added: ‘The connection between the family and the horse racing industry will continue. The desire is to continue with the traditions and connections with Royal Ascot but not on the same scale as Her Majesty because she had a passion.’

I truly don’t understand why Charles is incapable of “giving” the daily operations to one of his relations. Clearly, his heir is too stupid and lazy to do anything with the horses, but Charles has horsey siblings, nieces and nephews who would love to be part of the late queen’s operation. This, to me, would be a perfect “gift” for Princess Anne and, eventually, Zara Phillips Tindall, given their equestrian histories. Anne would whip the stables into shape and probably improve on her mother’s vision for the breeding operation. The fact that Charles would rather end his mother’s stables rather than hand them off says to me that the whole point is Charles destroying something which gave his mother so much joy. Remember that when the Palace issues talking points about how QEII was “so disappointed” in Prince Harry. Remember that Charles couldn’t wait two full months before dismantling one of his mother’s biggest passions. 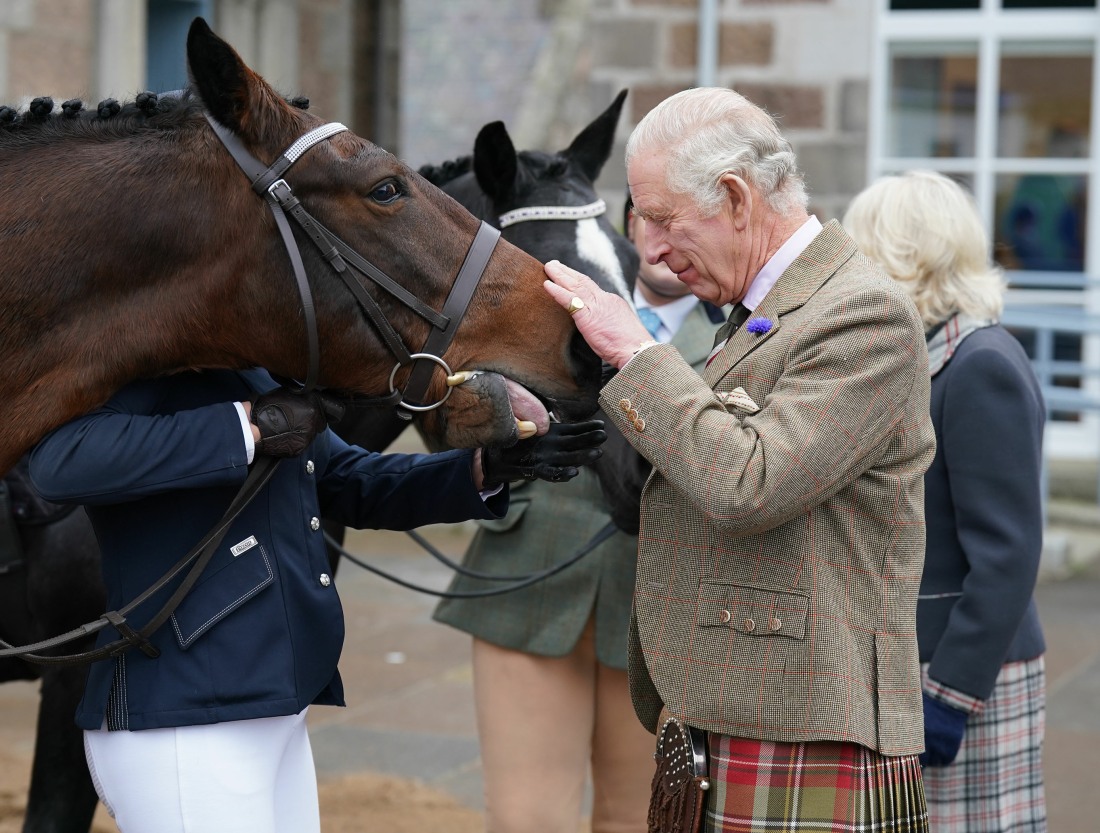 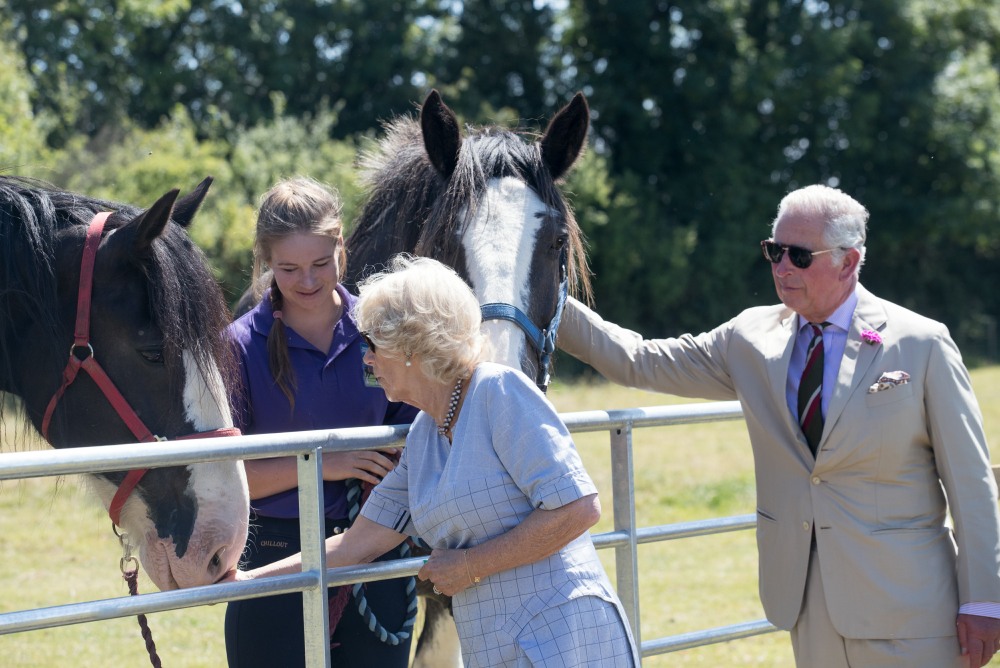