Just over a year after first introducing Memoji back in 2018, Apple is making the digitized avatars more personalized than ever with the tech giant’s latest system update. If you’ve always wanted to incorporate your unique style, makeup, or hairstyle into your avatar, you’ll have so much fun playing around with these Memoji updates for iOS 13.Here’s what you can expect when you update your operating system.

You might remember that back when Memoji was first introduced in September 2018 as part of iOS 12, it gave Apple users with an iPhone X or later, or an iPad Pro 11-inch or iPad Pro 12.9-inch, the chance to supplement their Animojis with human avatars customized to reflect their skin tone, hairstyle, eye color, and more. Unfortunately, anyone who didn’t have these devices couldn’t get in on the fun, but that’s all about to change.

Starting in the fall, Apple faithfuls are about to get even more options to personalize their Memoji and use the avatars across even more devices, thanks to some cool new updates that are coming with the upcoming rollout of iOS 13.

According to press materials shared with Elite Daily, the newest edition of Memoji will now feature some cosmetic updates that’ll help you better express your own unique sense of style. For the first time, users with an iPhone 6 or later will be able to try out the avatars, which now include options to customize makeup like your eyeliner and eyeshadow to really reflect your own individual look. In addition, Apple is adding to its current arsenal of cosmetic choices with more options for hairstyles and eyelash styles, as well as the allowing users to customize their eyebrow color separately from their hair color. 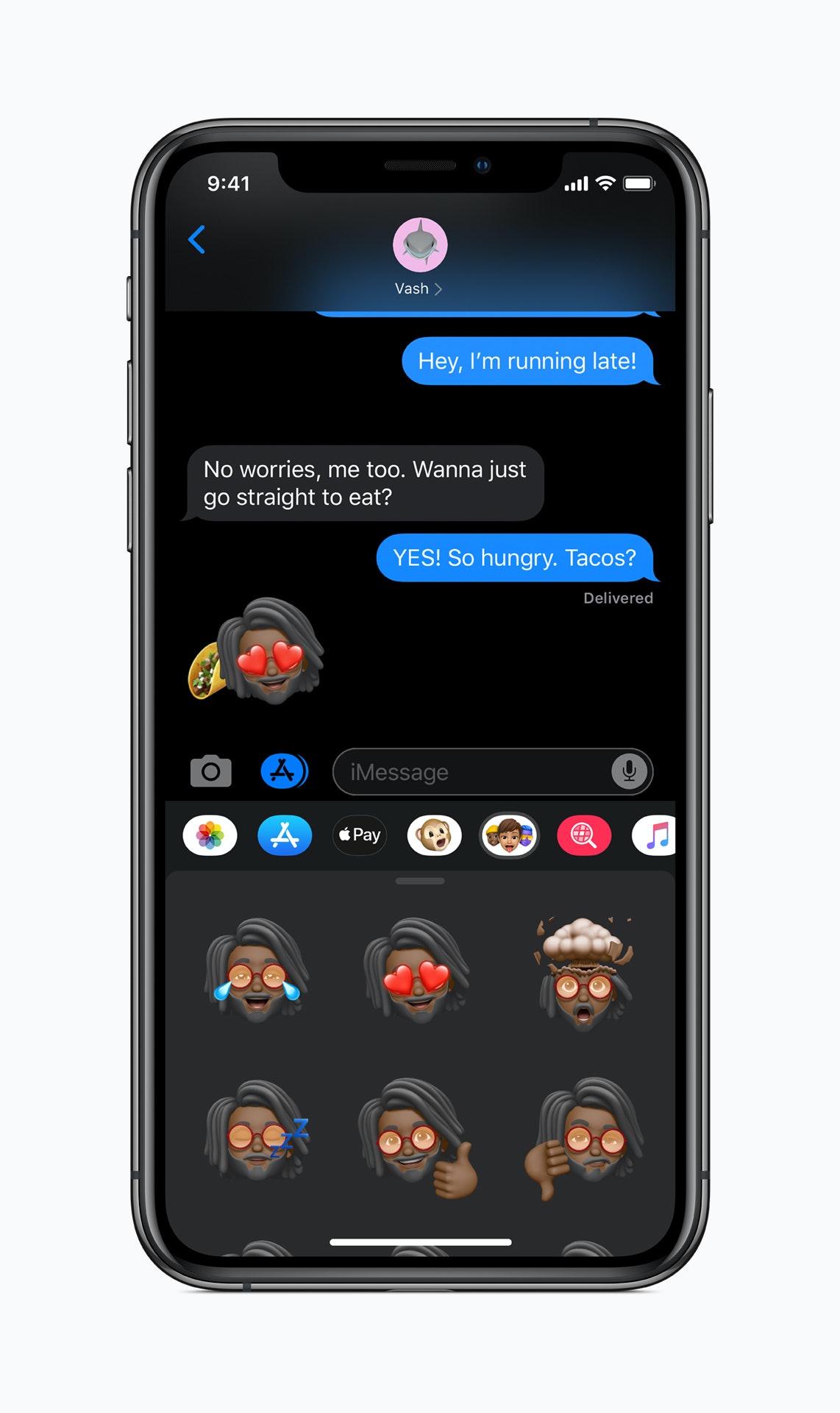 Animoji will also come with a slew of new accessories to amp up their look, including headwear, piercings, and Apple AirPods. One thing I noticed is that Apple seemed to be taking a leaf from its upcoming emoji rollout with some disability-inclusive options for your Memoji such as a (medical) eye patch or a hearing aid.

These new features are just one more way to make your avatar a unique, digitized version of yourself, so it’s fitting that Apple is now expanding its Memoji capabilities now more than ever.

According to a June 3 press release, the avatars will come as sticker packs that are built into your iPhone and iPad’s keyboard, so you can easily use them across both built-in apps as well as third-party platforms like Instagram and Facebook. In addition to being able to use your customized Memoji to take hilarious selfies or make FaceTime calls like before, Apple is now allowing users to share a person’s customized Memoji so that you can easily identify who is in your Messages thread, according to the press release.

Again, Memoji will be rolling out to even more devices when iOS 13 launches later this year, so I’d expect to see a lot more of your friends with the iPhone 6 and later now creating digitized versions of themselves and having fun with the feature. Considering that the new Memoji updates should be rolling out about the same time as Apple’s updated emoji lineup, it sounds like we’ll all have even more opportunities to express ourselves in animated form in the fall.