Twitter introduced Fleets as a full-screen tweet that would expire from the feed after 24 hours. Citing low usage, the company is shutting down this part of Twitter starting Aug. 3. Twitter will instead be moving Spaces, its Clubhouse clone for live audio, to the top of the timeline.

“We’re removing Fleets on August 3, working on some new stuff,” the company said in a tweet announcing the move. “we’re sorry or you’re welcome.”

At launch, many Twitter users became thrown off by the name of Fleets, which some pointed out was the name of a popular enema. 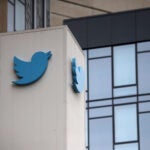 Introduced back in November, Fleets was identical to Snapchat’s Stories feature and it was slated to start implementing full-screen ads. It was Twitter’s attempt at trying to monetize and get users to tweet more on the platform.

While Snapchat first introduced Stories in 2013, Instagram followed a few years later with a similar feature. WhatsApp and Facebook have also made their copycat versions.

In April, Twitter’s stock price plunged some 15%, mostly wiping out the company’s 2021 gains. In Q1, its user growth fell slightly short of what was expected. Twitter reported adding 7 million new daily users in the first quarter, giving it a total of 199 million daily users globally.