“The author could’ve used fewer words to just say ‘ya know in my day we didn’t have to respect women,’” Chasten Buttigieg wrote 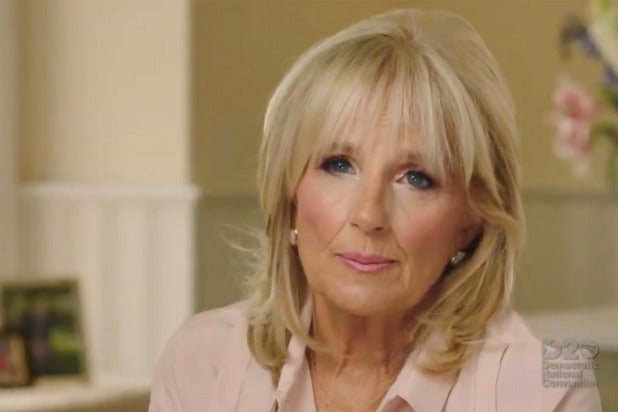 The Wall Street Journal was lambasted on Twitter Saturday after publishing an op-ed telling soon-to-be first lady Jill Biden to stop using her title of “doctor” — despite her having a doctoral degree in education — and calling her “kiddo.”

“Madame First Lady–Mrs. Biden–Jill–kiddo: a bit of advice on what may seem like a small but I think is a not unimportant matter. Any chance you might drop the ‘Dr.’ before your name? ‘Dr. Jill Biden’ sounds and feels fraudulent, not to say a touch comic,” the piece’s author, Joseph Epstein, wrote in his opening paragraph.

“A wise man once said that no one should call himself ‘Dr.’ unless he has delivered a child. Think about it, Dr. Jill, and forthwith drop the doc,” he added.

Biden, a career educator, holds multiple degrees, including a doctoral degree from the University of Delaware. She employs the “Dr.” title in her public profiles and is commonly referred to as such in the media, which Epstein characterized as “fraudulent, even comic.”

In the piece, Epstein argued that the academic rigor required to attain post-graduate degrees has diluted the prestige the title conveys. “Such degrees were once given exclusively to scholars, statesmen, artists and scientists. Then rich men entered the lists, usually in the hope that they would donate money to the schools that had granted them their honorary degrees … Famous television journalists, who passed themselves off as intelligent, followed. Entertainers, who didn’t bother feigning intelligence, were next,” he wrote.

He noted that he himself holds an honorary doctorate, as do the likes of Stephen Colbert, Seth Davis and other “low quality” honorands. (Biden’s degree is not an honorary degree.)

According to an Arizona State University study, “female doctors introduced by men at formal gatherings were less likely to be referred to by their professional title than male doctors were.”

“Some people say, what’s the big deal? It’s such a minor thing, why should anybody care?” ASU Professor Patricia Friedrich said. “As a social linguist, my belief is that little things in language are often indicative of social practices that usually do have ramifications.”

The rapid and flood of response on Twitter to Epstein’s op-ed was unkind — to put it mildly — with many criticizing his “condescending” tone and questioning the Wall Street Journal’s decision to publish the piece in the first place.

“The author could’ve used fewer words to just say ‘ya know in my day we didn’t have to respect women,’” Chasten Buttigieg wrote.