The Duke and Duchess of Sussex are doting parents to two young children, Archie, three, and Lilibet, one.

POPULAR READ: Prince Harry and Meghan Markle’s son Archie greets them in the most adorable way

While they often talk about their son and daughter in interviews, the protective parents rarely share photos of them in order to protect their privacy.

However, the young children might well make an appearance – however small – in their parents’ new upcoming Netflix docuseries, which is set to launch in early December.

VIDEO: Meghan Markle and Prince Harry’s son Archie receives a round of applause

According to reports, the couple’s new project is expected to air on 8 December and will showcase the couple’s “love story”.

MORE: The Duke and Duchess of Sussex split from their PR team

It’s thought the initial title of their project was Chapters, however, the final title has yet to be revealed.

While Archie and Lilibet may not be on camera, footage of them or indeed new photos could be shown in the program.

Back when the couple spoke about their lives on Oprah with Meghan and Harry in March 2021, footage of Archie playing on the beach was shown, as was an adorable picture of the little boy feeding the family’s pet chickens. 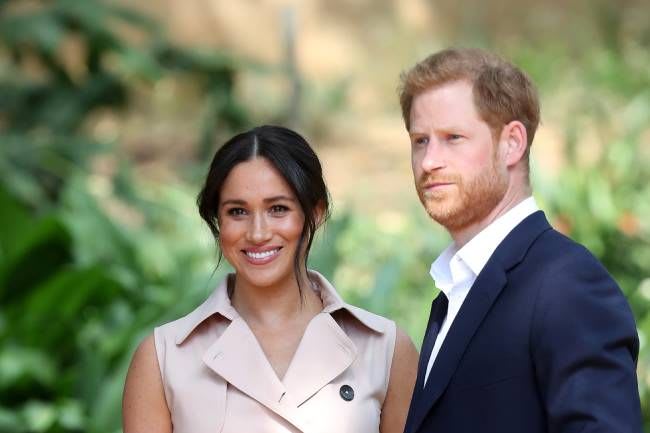 When asked about the docuseries in her Variety cover story, Meghan said last month: “It’s nice to be able to trust someone with our story—a seasoned director whose work I’ve long admired—even if it means it may not be the way we would have told it. But that’s not why we’re telling it. We’re trusting our story to someone else, and that means it will go through their lens.”

As she is younger, far fewer photos have been shown to the public of Lilibet, whose name was inspired by the late Queen Elizabeth’s nickname.

The last time the public saw pictures of the young royal was on her first birthday, when several adorable snapshots were shared by her parents.

Meghan and Harry are raising their children in Montecito, two hours north of Los Angeles. Recently, Meghan opened up about her family life in an interview with Variety, where she revealed that she and Harry chose to continue to work from home over the pandemic to allow for them to be heavily involved with parenting their young children.

MORE: Meghan Markle gives biggest hint yet she won’t ever move back to UK with Prince Harry

“We work from home, as most people started to do during lockdown,” she said. “It allows us to have significant time with our kids at this really special moment in their lives. We’ll never get this time back. I make breakfast, and we get the kids set for the day.”

Aaron Carter ‘Went Nuts’ After Judge Orders He Give Up His Guns, Says He’ll Buy Weapons Out