So you’ve got some time on your hands, huh? Might I suggest a double feature?

With movie theaters closed and only a handful of new releases premiering on digital platforms while the world self-quarantines, deciding what to watch on any given evening can feel impossible. Pairing two related movies is a fun exercise and a great time killer, so I’ve curated 13 twin bills spanning all sorts of genres and eras.

Many of these couplings err on the lighthearted side because we can all use a little levity, but there are top-tier thrillers sprinkled in, too. I tried to draw fairly straightforward connections between the pairs, though what’s often most striking are the differing approaches these films take to similar subject matter. Enjoy! 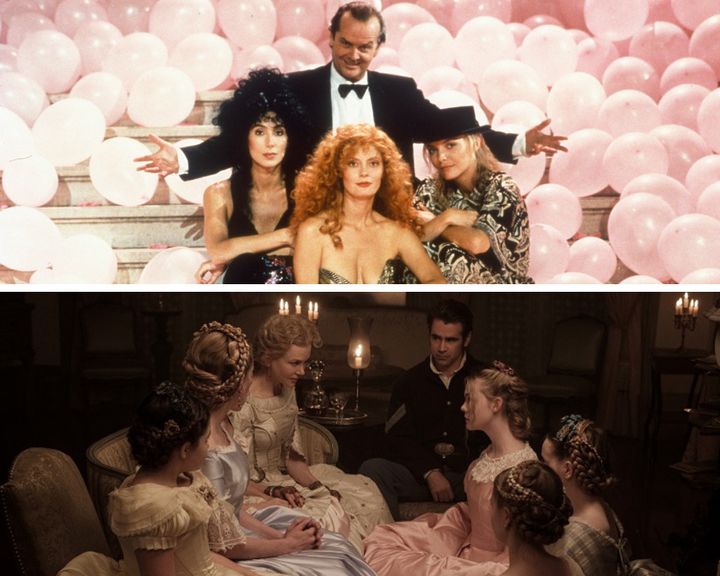 I always wonder what the animal-mortuary owners in “Gates of Heaven” — often cited as one of the best documentaries ever made — would have thought of “Pet Sematary,” the Stephen King horror flick about a ghoulish reanimated cat. The “Heaven” folks were quite serious about giving pets graceful burials, and they might not have been pleased to see Hollywood big shots turn their passion into terror. Both movies are about more than just dead critters, though; they’re about the relationships we form with ourselves in the face of loss.

“Gates of Heaven” is available on Criterion Channel, iTunes and Amazon Prime Video.

Behold the glittering getups in these pop-star whirlwinds, from Diana Ross’ kaleidoscopic runway threads in “Mahogany” to Tina Turner’s spiky apocalyptic garb in “Mad Max Beyond Thunderdome.” Ross and Turner were at the height of their musical powers when these opened, and both movies demonstrate how to harness the wonders of a mega-famous diva on the big screen. They’re over-the-top, stylish and resilient, just like the singers themselves. 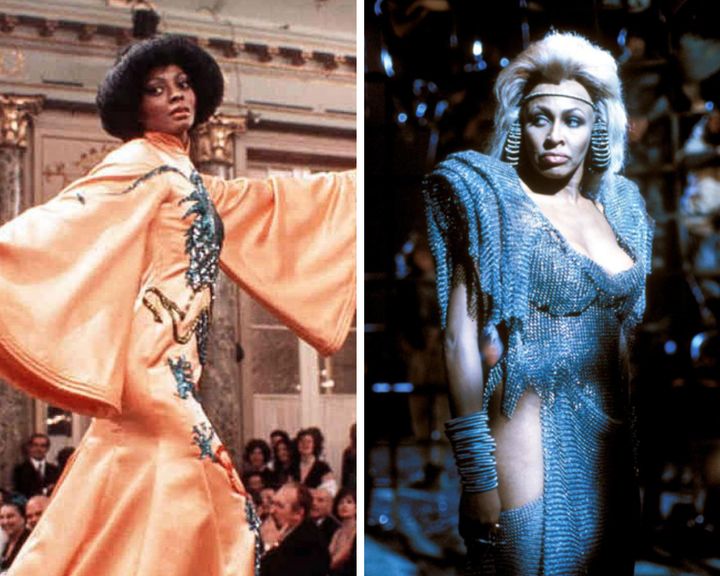 Two For The Road

These comedies about miscreants making madcap getaways are as devilish as they are delightful. “Something Wild” (directed by the late, great Jonathan Demme) traffics in farce, while “Wild at Heart” (directed by the ornate, great David Lynch) employs pitch-black anarchy, but both have a romantic warmth that balances their actors’ vivacious performances. In the former, we get Melanie Griffith spiriting Jeff Daniels away from his pedestrian life; in the latter, we get Laura Dern and Nicolas Cage on the run from an unhinged Diane Ladd. The open road was never so, well, wild.

“Something Wild” is available on HBO Go and iTunes.

“Wild at Heart” is distressingly unavailable on streaming and rental platforms, which I didn’t realize until I was finished writing this list. You can find it if you subscribe to DirecTV, or you can order the DVD for $13.99. It’s worth every penny.

Here are two nervy, electrifying performances in which first-rate actresses portray rock hellions spiraling behind the scenes. “Her Smell” has Elisabeth Moss as a verbose Courtney Love type, and “Vox Lux” features Natalie Portman as an irate pop goddess with an unlikely connection to global terrorism. The former is a brilliant rage-against-the-machine rampage, the latter a polarizing provocation that refuses to answer all of the questions it raises about the nature of celebrity. Together, they’re spunky companion pieces sustained by the relentlessness of their leading ladies. 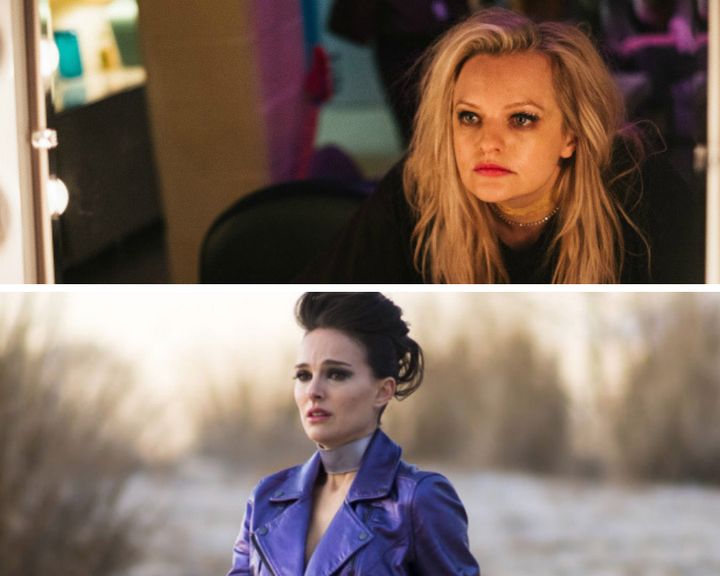 “Hollywood Shuffle” — Robert Townsend’s hilarious sendup about how Tinseltown treats Black actors — and “The Player” — Robert Altman’s biting satire about studio-executive machinations — look even more topical from today’s vantage. These films delved into diversity, corporate oversight and celebrity image-making before it was trendy. Even if you don’t care about the movie business, the wit on display is undeniable.

Regina Hall’s character in “Support the Girls” has a line that perfectly describes life in quarantine: “I started this day off crying, so if you ask me, laughing is progress.” She’d have a lot to discuss with Destiny (Constance Wu) or Ramona (Jennifer Lopez), the protagonists in “Hustlers” who’ve also endured their fair share of unruly male customers. These are highly rewatchable gems about women in the workplace, except their offices happen to encourage skimpy attire: a Texas sports bar in “Girls” and a Manhattan strip club in “Hustlers.” Hall and Lopez should have been shoo-ins for Oscar nominations, as both deliver performances that are far more nuanced than they initially seem.

“Hustlers” is available on Showtime Anytime and iTunes. 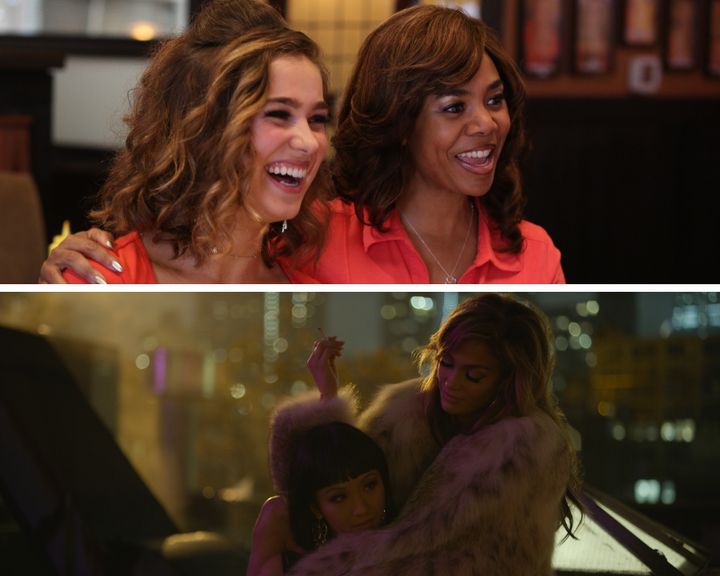 Dancers are a particularly disciplined bunch, which explains why so many dance-related films are intense rhapsodies about self-discovery. “Black Swan” and “The Fits” are two of the best, chronicling young women bedeviled by the art form. “Swan” is a maximalist psychodrama starring Natalie Portman as an obsessive ballerina, and “Fits” introduces Royalty Hightower (only 9 when she shot it) in a hallucinatory thriller about a wallflower lured to an all-female troupe. With contrasting techniques, both movies conclude with crescendoes that are as shocking as they are satisfying.

From this pairing come two very different friendships, both on the wane as an era of the protagonists’ lives ends. There’s the moody, judgmental high school grads in “Ghost World” (played by Thora Birch and Scarlett Johansson) and the social-climbing, post-college yuppies in “The Last Days of Disco” (played by Kate Beckinsale and Chloë Sevigny). As they and the world around them move forward, the duos slowly break apart — but not without slipping in a few dance grooves along the way. These dramedies have a cynical core that nonetheless allows for plenty of heart, as well as career-best performances from all involved. (Pro tip: After “Disco,” check out 2016’s “Love & Friendship,” a tart comedy that reunites Beckinsale and Sevigny.) 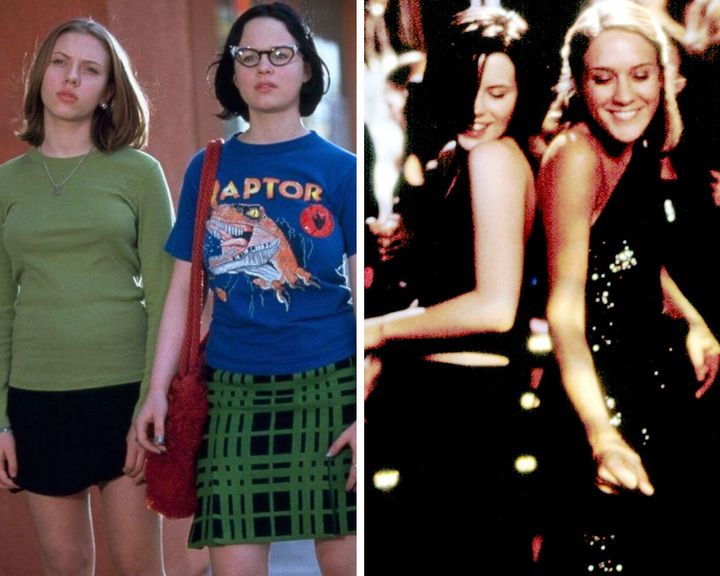 Robert Redford is one of America’s greatest matinee idols, a blue-eyed hero archetype who set the standard for a generation of leading men. In “All the President’s Men,” he’s a journalist taking down a criminalistic White House, there to save the day through diligence. And in “The Old Man & the Gun,” which doubles as a tribute to his storied career, Redford is the criminal, but with a twist: He’s a gentle charmer who robs banks for kicks. It’s hard to think of the character as a scoundrel because he’s so damn pleasant — something only an accomplished movie star can pull off. These are immaculately directed films that testify to Redford’s enduring appeal.

“All the President’s Men” is available on iTunes, Amazon Prime Video, Google Play, YouTube and Vudu.

“The Old Man & the Gun” is available on Max Go, iTunes and Vudu.

Screw It, Let’s Have A Ball

The traditional screwball comedy is largely a relic of the 1930s and ‘40s, but the genre has spawned a handful of worthy successors, including the Coen brothers’ “Raising Arizona” and Pedro Almodóvar’s “Women on the Verge of a Nervous Breakdown.” They’re rowdy, colorful and uproarious, following a married couple who steal a baby (“Arizona”) and an actress feverishly figuring out why her boyfriend has left her (“Nervous Breakdown”). Their mile-a-minute humor might just be the ideal escapism. Get lost in other people’s absurd problems, why don’t you?

“Women on the Verge of a Nervous Breakdown” is available on iTunes, Amazon Prime Video and Vudu.

Not Your Average Comic Book

When we talk about comic book adaptations, we tend to think of the many Marvel and DC superheroes who rule the box office nowadays. But there are plenty of comics-based films that don’t involve capes or magical powers. Neither “Josie and the Pussycats” nor “Richie Rich” is high art, but who cares when you’re having this much fun? “Josie,” which has inspired a deserved cult renaissance since its release, focuses on a girl group whose record label hides subliminal messages in their music, and the antics-filled “Richie” hails from the height of Macaulay Culkin’s stardom. Both began as illustrations, the former issued by Archie Comics in 1963 and the latter introduced by Harvey Comics in 1953.

How To Apply For Channel 4’s ‘Changing Rooms’ Reboot

9 Rugs That Are (Almost) Too Good to Step On