Women and girls are conditioned to believe that motherhood is their destiny, whether they want it to be or not. But maternal life can be a very dark place indeed, and a slew of new films and TV shows is set to explore this.

All of them deal with our unspoken fears around becoming someone’s mum. All deal, in their own unique way, with the brutalities of pregnancy, birth and everything that comes after. And all, too, are guaranteed to leave us wailing for our own mothers – and maybe, just maybe, rethinking the choices that are available to us, too.

With all that in mind, then, are just a few to add to your watchlist.

Questioning who gets to choose ‘motherhood’ and who doesn’t, HBO’s The Baby began the trend last year in its tale of a woman whose life turned upside down when she brings home an abandoned baby. Over the course of eight episodes, though, it transpires that there’s more to the infant than meets the eye: it’s controlling, manipulative and possesses extremely violent powers – and while Natasha (Michelle De Swarte) might not want a baby, it soon becomes clear that this baby definitely wants her.

Promising to offer up a “funny, raw examination of motherhood as an institution”, HBO says that the series will explore the “set of unspoken and often horrifying rules that affect women differently depending on how they’re viewed by society”.

If you’re not scared by that, you should be.

The Baby is available to watch via Sky and NOW.

Starring Kit Harrington and Noémie Merlant, this upcoming horror film sees how the tightly scripted world of a perfectionist vlogger and influencer unravels after she becomes a mother.

“I feel like I’m disappearing,” she tells her husband at one point in the disturbing trailer. And then, when he barely reacts, she snaps: “Don’t you understand? She’s killing me.”

Watch the trailer for Baby Ruby below:

As Jo slowly begins to experience things that surely can’t be there – and as the likes of Meredith Hagner, Jayne Atkinson and Reed Birney seemingly begin plotting against her – the trailer transforms from a taut drama to a gory horror, filled with jump scare after jump scare.

And, judging by reviews, it seems Baby Ruby uses this classic horror format as a means of starting a conversation about postpartum psychosis.

“You want me to believe that I’m crazy. But I know what you’re doing,” says Jo slowly.

Baby Ruby is due out in cinemas later this year.

Fair warning: this NSFW animated series is absolutely for adults only. Set some 13 years after Laura (voiced by Aubrey Plaza) was impregnated by Satan (Danny DeVito), Little Demon follows the reluctant mother and her Antichrist daughter (Lucy DeVito) as they attempt to live an ordinary life in Delaware.

Too bad Satan is constantly causing havoc in his bid to gain custody over his daughter’s soul, eh?

Little Demon will be available to stream on Disney+ from 18 January 2023. 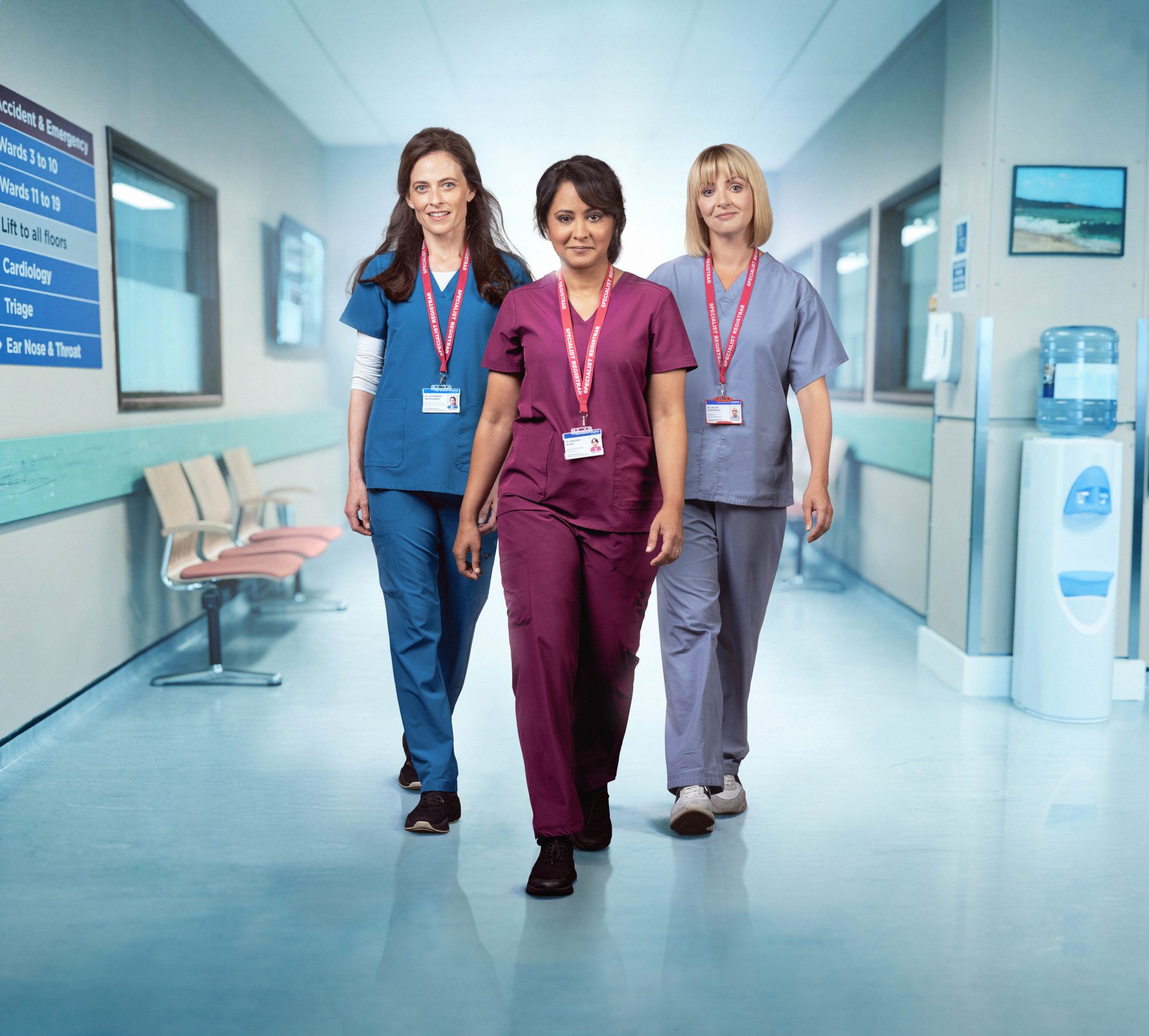 Maternal promises to explore the “solidarity” between female NHS workers.

Over on ITV, Maternal offers up a raw and realistic portrait of three doctors’ return to the NHS frontline after taking maternity leave.

The series introduces us to Dr Maryam Afridi (Parminder Nagra) who is full of doubt that she can cope with the emotional demands of treating children now that she has her own; Ms Catherine MacDiarmid, (Lara Pulver) a single mother and successful surgeon determined to be one of the boys in the macho world of surgery; and Dr Helen Cavendish (Lisa McGrillis) a registrar in Acute Medicine, who is wrestling with a self-prescribed role that sees her mothering everyone in her life.

And, as per the ITV’s official synopsis, it will deal with the theme (and the exhaustion) of “working motherhood with wit, warmth and humour and offers a unique perspective on our beloved, overstretched NHS, and the people who hold it together. Sometimes.”

Maternal is available to stream on ITVX.

A marvel of artificial intelligence, the eponymous M3gan has been programmed to be a child’s greatest companion and a parent’s greatest ally. When roboticist Gemma (Allison Williams) attempts to bond M3gan with her own orphaned niece, though, the consequences are truly unimaginable.

Basically, this nifty little horror film might look like it’s about a killer doll with insane dance moves, but it’s actually about a monster defined by our impossible expectations of female caregivers.

Also, the role that tech plays in modern parenthood (obviously).

As per the trailer, the film follows pregnant novelist Rama (Kayije Kagame) as she attends the trial of Laurence Coly (Guslagie Malanga), who stands accused of killing her 15-month-old daughter by abandoning her to the rising tide in northern France.

As the trial continues, the words of the accused and witness testimonies shake Rama’s convictions and call into question our own judgment… not to mention the social and psychological forces that led her to that beach in the first place.

Saint Omer will be available to watch in cinemas from 3 February 2023.

Little is known about the plot of Ari Aster’s new psychological horror film, save for the fact that it stars Joaquin Phoenix as the eponymous Beau, a paranoid man who embarks on a surreal and nightmarish odyssey home to visit his mother. His mother, we hasten to add, is portrayed by Zoe Lister-Jones – a woman some eight years younger than Phoenix.

Now, it could be that Lister-Jones will only appear in flashbacks as the mother to a much younger Beau. Fan theories on Reddit, however, suggest that Lister-Jones will be “playing Gertrude” – a phrase used to describe when the psychosexual relationship between a male character and his mother is played up (as it is in many adaptations of Shakespeare’s Hamlet) by casting an actor the same age or as young as the character’s mother.

Whatever the case, it seems that the mysterious mother character in this film sees her own son as a source of love, horror and repulsion.

“I’m sorry for what your daddy passed down to you, but I wanted a child,” she says in the trailer.

“The greatest gift of my life.”

Beau Is Afraid will be out in UK cinemas in 2023 (likely April).