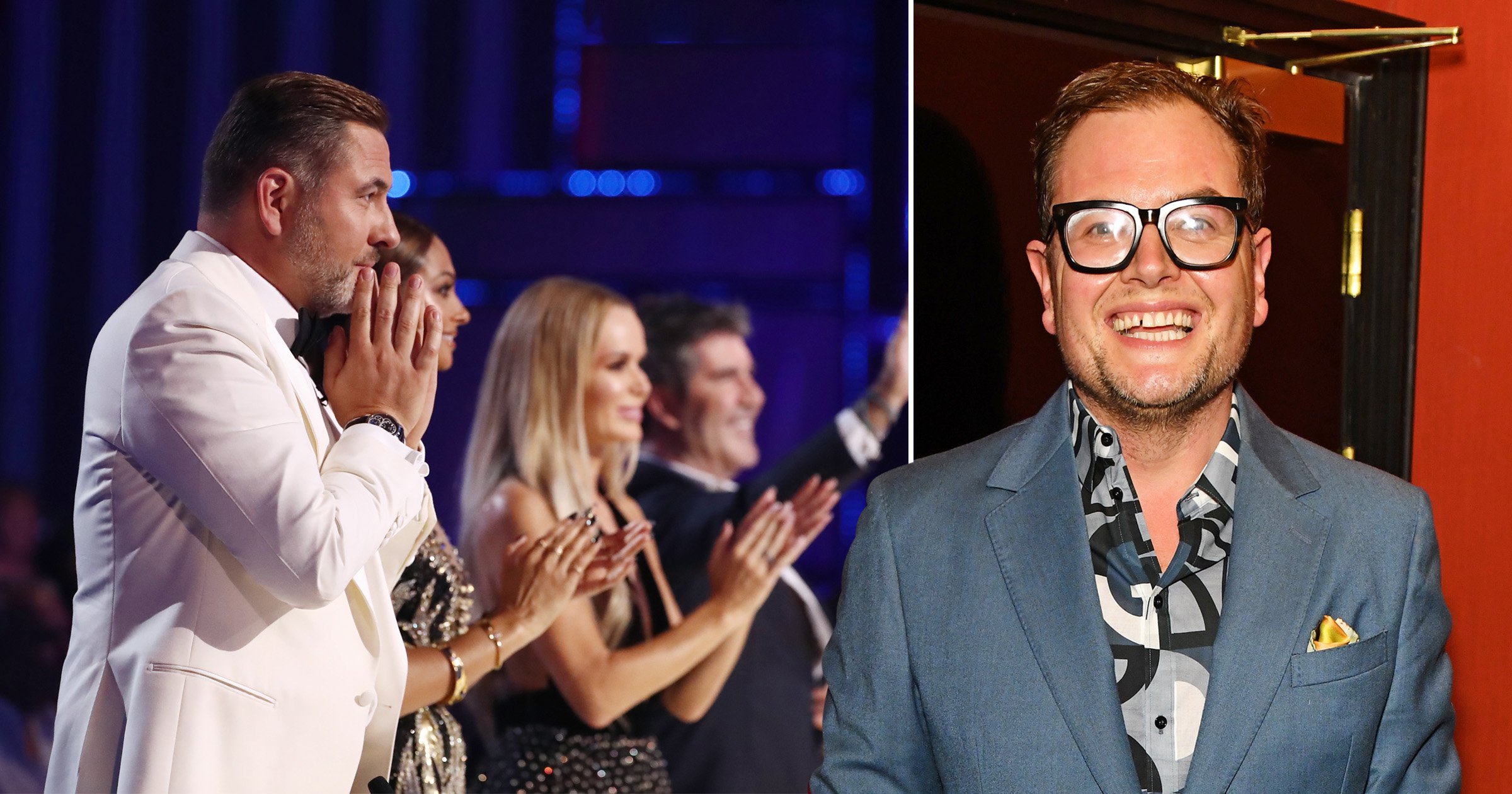 Alan Carr is reportedly replacing judge David Walliams on the upcoming series of Britain’s Got Talent.

The Chatty Man comedian, 46, is rumoured to be joining the panel alongside Simon Cowell, Amanda Holden and Alesha Dixon for series 16 of the annual programme.

In November 2022, Walliams’ future on the show was reportedly ‘up in the air’ with rumours swirling that the Little Britain star, 50, had quit after a decade on the panel.

That same month the author apologised after a leaked recording caught him calling an elderly performer on the talent show the C-word three times.

According to a transcript leaked to the Guardian, David also said of a female hopeful: ‘She’s like the slightly boring girl you meet in the pub that thinks you want to f*** them but you don’t.’

His slurs were picked up by a microphone used to record chats between him and fellow judges Simon Cowell, Amanda Holden and Alesha Dixon at the London Palladium in January 2020.

A TV insider shared: ‘Alan is joining the line-up, it just has to be him he’s brilliant.’

‘The deal is being finalised, but it’s details now – and he’s totally up for it too. It’s the perfect hiring all round.,’ the source added to The Sun.

This comes after Graham Norton reportedly rejected the opportunity to join the show, after The Sun claimed it was a project he didn’t want to take on right now.

After the scandal, Walliams issued a statement and said he would ‘like to apologise to the people I made disrespectful comments about during breaks in filming for Britain’s Got Talent in 2020’.

‘These were private conversations and – like most conversations with friends – were never intended to be shared. Nevertheless, I am sorry.’

Walliams has become a regular on the show following his debut in 2012 alongside.

Despite the backlash, co-star Holden, vocalised her support for him as she chatted to Good Morning Britain at the Variety Club Show Business Awards 2022.

‘I would like to see the judging panel look like it did before. I think we’re a great team, we’re a family,’ she said.

Asked directly if she was ‘Team David’, she quickly replied: ‘Of course I’m team David.’

The Times Feature Film in the Oscar Spotlight