The Philadelphia-based conceptual artist Alex Da Corte, known for his immersive, tactile installations, has been selected for the Metropolitan Museum of Art’s roof garden commission, the Met announced Thursday.

The artist — who in addition to installation works in film, performance, painting and sculpture — said he has spent the pandemic mulling the installation. “What a crazy time to be thinking about artwork at all,” Da Corte (pronounced da-KOR-ta) said in a telephone interview.

Da Corte, 40, said the project had forced him to think about how to bring the softness of his usual materials — like velvet and the synthetic rubber neoprene — to the rooftop installation’s hard surfaces. 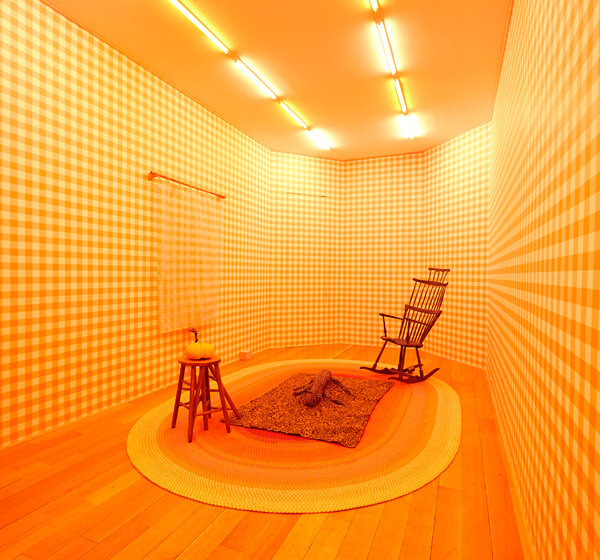 His Met work will be made of plastic, stainless steel and aluminum, and Da Corte said he will bring his usual riot of color with spray paint or enamel. But no other details have been released.

“Alex Da Corte has created a new type of monument in this commission,” Sheena Wagstaff, the Met’s chairman of Modern and contemporary art, said in a statement. “In a play of opposites that is spirited, absurd and deadly serious, modern culture is reconfigured into unexpected orbit, evoking a utopian possibility of innocence and play in the face of these times of melancholic collapse.”

Born in Camden, N.J., Da Corte trained as an animator at the School of Visual Arts in New York, then received a bachelor of fine arts in printmaking from the University of the Arts in Philadelphia and a master of fine arts from Yale. His work was in the 2019 Venice Biennale and the 2018 Carnegie International in Pittsburgh.

As to how he will manage to make the Met’s open, outdoor space more immersive, Da Corte said the site itself would take care of that for him. “When you’re on the roof,” he said, “you’re in the hands of the skyline and the sky.”

Here's What You Need to Know About Tamron Hall's Career Comeback

Tell Us Which TV Couple's Breakup Destroyed You