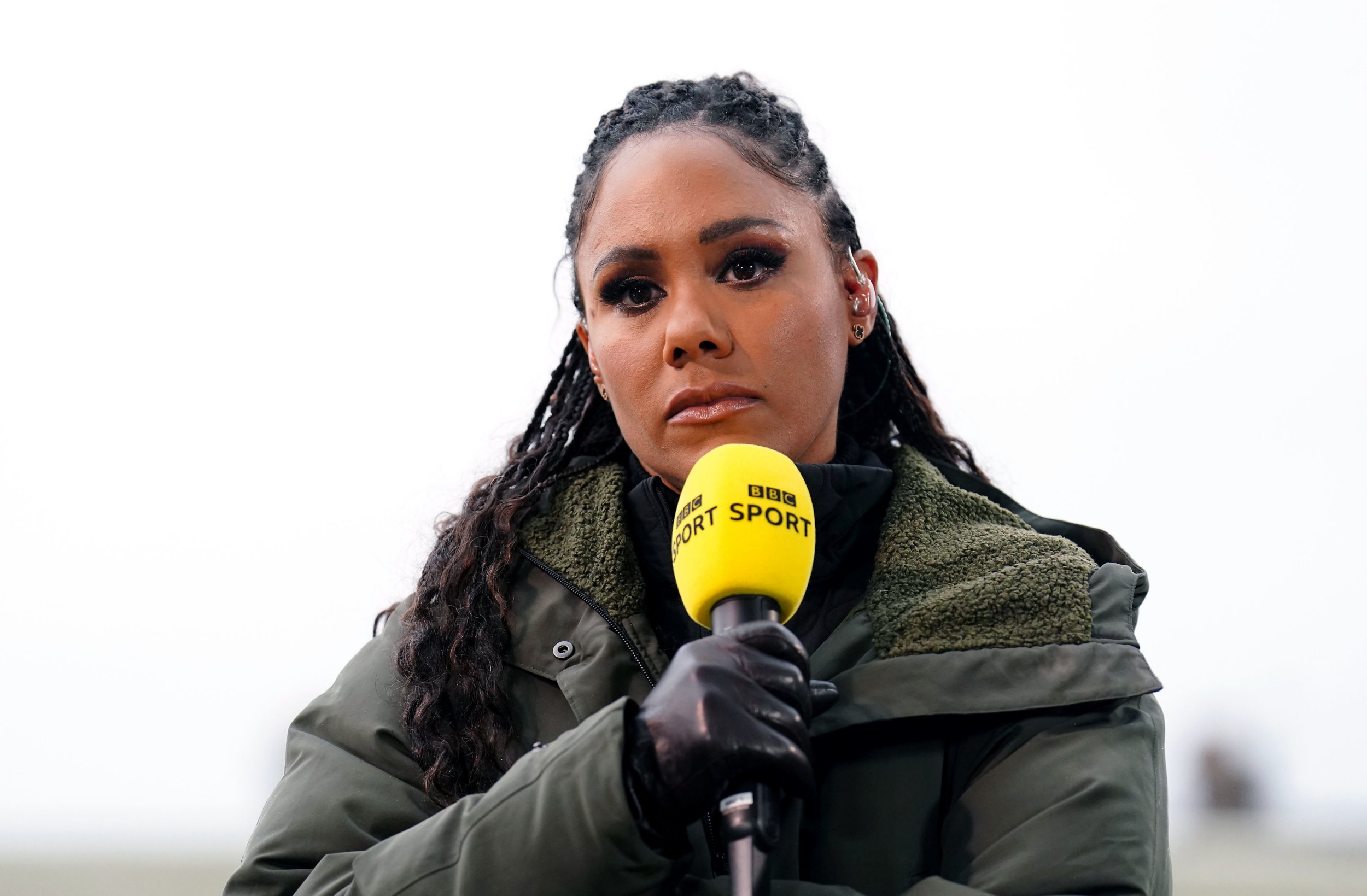 Alex Scott has spoken in detail about a terrifying encounter she had with a cab driver while visiting Moscow.

The famed football pundit revealed she decided to order an Uber instead of using a BBC car when visiting the city, but soon regretted her decision.

The 38-year-old explained it was only after she mentioned a scheduled meeting with Russian president Vladimir Putin that the cab driver decided to just drop her off at her desired destination.

The former Lioness was visiting Moscow in 2018 when the incident took place and was in the capital covering that year’s World Cup.

Despite the BBC preferring that staff use official, pre-booked taxis, Alex decided to just book an Uber after meeting a friend for a drink, noting that her hotel was only 15 minutes away.

She said that just ‘minutes’ into the ride, her driver’s demeanour changed.

According to The Mirror, Alex writes in her memoir How (Not) To Be Strong: ‘[He was] a stacked bald man, stocky, and wearing a grin on his face.

‘He looked at me and said – in English – “Tell them they will never see you again”.’

The sporting hero said it was at that point that she stammered: ‘I don’t understand.’

She continued: ‘My Uber driver picked up his phone and spoke into it, waiting for me to see the words as they appeared via Google Translate.

Reading the words as they appeared on his phone, Alex said her body went ‘numb’.

Continuing to use Google Translate, Alex writes that her Uber driver told her ‘horrible, terrible things: how he takes girls like me, how they never make it home’.

Realising the car doors were locked, the presenter said she text her agent and told him if she ‘wasn’t back in 15 minutes, send a search party’.

Showing Alex his phone once more, the driver relayed a message that read: ‘Girls like you, I kill.’

The footballing legend, who made an incredible 140 appearances for England, then had a lightbulb moment.

‘Putin! I had been with Putin that morning! “You can’t kill me,” I said. “I have to see Putin tomorrow”.’

She went on: ‘He started laughing. “No one sees Putin”. I was scrambling now, pulling up photos from the morning’s visit to the Kremlin that had made newspaper headlines.

‘His laughter died and I could see the cogs whirring as he tried to process what I was showing him.’

Alex then told him: ‘If I don’t see Putin tomorrow, he will find you.’ Seconds later, the Uber was once again heading in her hotel’s direction.

The driver allegedly tried to ‘kiss’ Alex before she scrambled out of the vehicle, at which point she briefly reflected on the horrifying ordeal.

‘I knew then what a near-miss I’d had but, rather than confront it, I just… brushed aside the incident like it had never happened,’ she writes, according to the paper.

‘I didn’t want people to worry about me or think I couldn’t handle myself – just like when I was young.’

Alex’s memoir was released in September and is billed as being ‘part self-help manual’.

How (Not) To Be Strong tracks the star’s rise from London’s east end to international football stardom, but also offers a candid insight into Alex’s vulnerable side.

Metro.co.uk has reached out to Alex’s reps and Uber for comment.

Four Designers Make Their Mark on a Grecian Island Home