Going back to your single life post-divorce is a tough transition for anyone. So it comes as no surprise that Ant Anstead has taken a while to get back on his feet after his sudden split from Christina Haack (formerly known as Anstead). In fact, Anstead recently revealed in a new interview with People that he has yet to settle down in a new house after moving out of the family home he previously shared with Haack. And while Anstead once called the U.K. his home, he’s currently househunting for a place in Los Angeles to co-parent baby Hudson with his ex-wife. 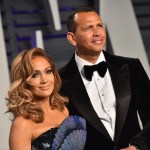 
Madison LeCroy Allegedly Signed an NDA for Alex Rodriguez, Even Though He Says He's Never Met Her

“It’s weird, because I only moved out to America for one job, but the moment I moved here, within the first week, I felt at home,” Anstead told the outlet. “I felt connected to California immediately. And the fact that I’ve got four TV projects on at the moment is a coincidence. Even if I had one or none, I would still be here.”

Anstead and Haack split back in September 2020, and after moving out of their Newport Beach home, Anstead was clearly in no hurry to find a place to call his own — but that’s changed now, according to the star.

“I feel like I need a home. It’s been over six months now,” Anstead said. “A home creates an anchor for the rest of your life. So while all these great things are going on, I’ve got the TV projects and a new book coming out, and Hudson and I are rolling around, having a great time, I still feel … I feel displaced,” he continued, adding: “So I feel like if I can find a home, I can really start to rebuild from there.”

Hey, househunting on top of co-parenting (in addition to sharing baby Hudson with Haack, he also has two other children — Archie and Amelie who live in the U.K. with their mom, Anstead’s first wife) and dealing with the fallout of a messy divorce is not easy. We’re wishing Anstead luck as he navigates his new life.

Before you go, click here for all the celebrity splits and divorces we never saw coming.

Jeff Bezos Got A Shady WhatsApp Link From The Saudi Crown Prince And Was Hacked, UN Experts Said

The Great Unknown Movie of the Century So Far? Here’s Mine

TV Couples Who Dated in Real Life – Us Weekly