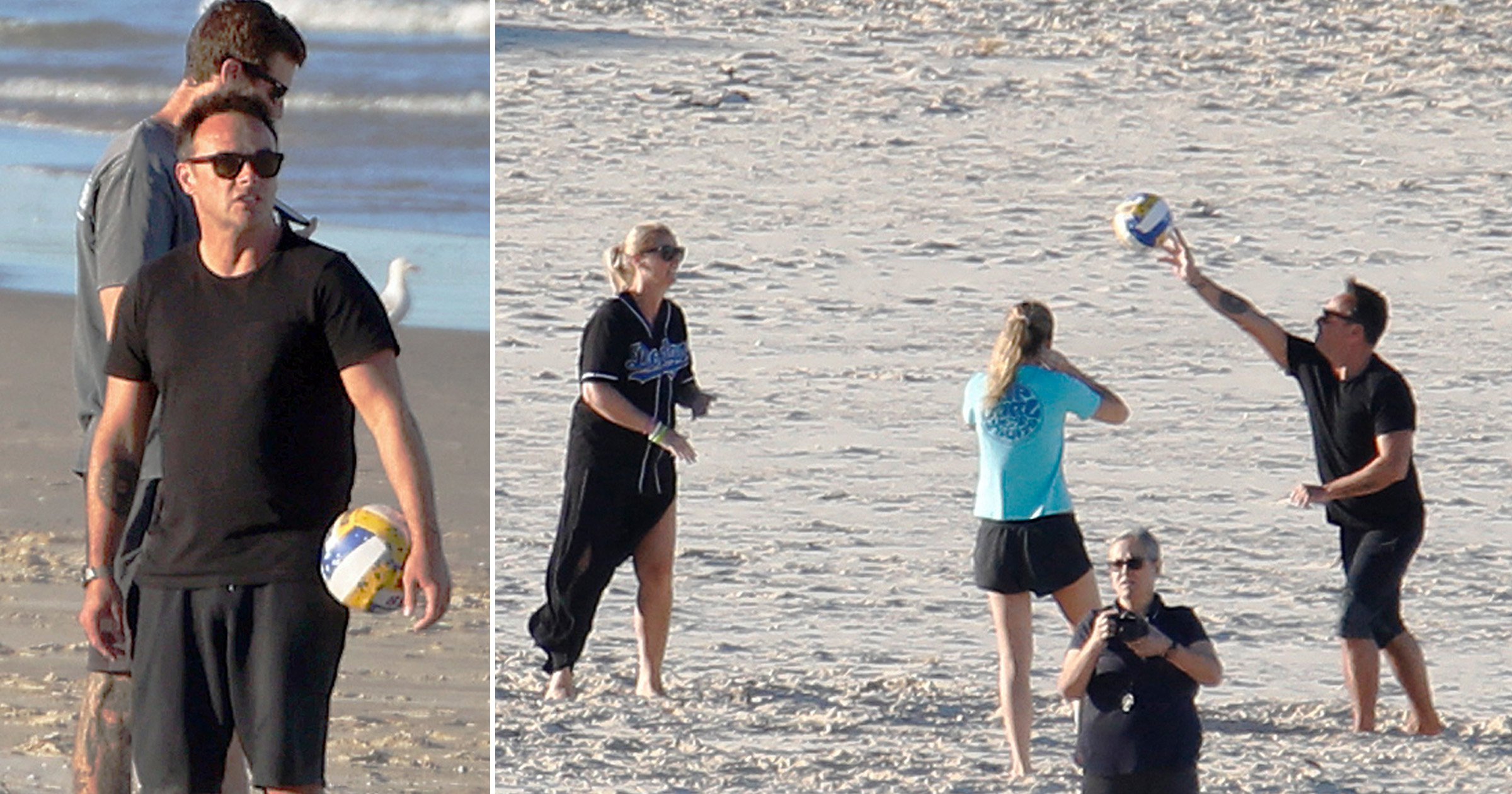 Ant McPartlin has been making the most of his downtime ahead of the launch of I’m A Celebrity… Get Me Out Of Here by spending it on the beach with his wife.

The presenter, 46, was seen with Anne Marie, 46, as the pair enjoyed a game of beach volleyball with one of her daughters.

Ant looked relaxed and happy as he and Anne Marie threw the volleyball around, before heading off with her two daughters.

One of the girls was seen putting her arm around Ant as the four walked along the beach together, with Ant seen kicking sand towards her as she lay on the ground at one point.

Things are set to get a lot busier for Ant and his co-host Declan Donnelly, as they gear up for the launch of I’m A Celebrity… Get Me Out Of Here this weekend.

The show is returning to the jungle as this year’s cohort of celebrities have flown out to Australia, after the series was filmed in Wales for the past two years due to travel restrictions caused by the Covid-19 pandemic.

As well as Anne Marie and her kids, Dec, 47, brought his wife Ali and their two children, Isla and Jack, to enjoy some sunshine ahead of the show launch.

One late addition that caused controversy was Matt Hancock, with viewers in their thousands signing a petition for the politician not to be allowed on the show so soon after the handling of the Covid-19 pandemic.

While he might be a questionable addition, fans will be relieved the show will be coming back to Australia after two years away.

Ant recently joked on The One Show: ‘You get a much better tan in New South Wales than you do Wales!’

‘It is a bit more stressful coming now, you watch less movies. But it is fine and great to be able to bring them out.

‘We can have a bit of family time as well as getting the series going as well.’

I’m A Celebrity… Get Me Out Of Here! returns on Sunday November 6 at 9pm on ITV.