But the boy band’s seven members weren’t the only ones with hectic schedules. A network of dedicated volunteer translators also got to work churning out content for the fandom known as the BTS Army.

BTS isn’t the only K-pop group with a linguistic battalion to translate Korean into other languages — fellow stars like Blackpink, Red Velvet and NCT have teams on the task, as well — but its scale is massive, with a legion of translators on Twitter whose followings range from tens of thousands into the low millions. (This weekend, several K-pop fandoms will converge in New York at KCON, a gathering of fans and artists, for panels and performances.)

While Korean-to-English translators on Reddit, YouTube, Tumblr and Instagram are numerous, around a dozen Twitter accounts are the primary resources for English-speaking BTS listeners. That includes solo accounts like @doolsetbangtan (115,000 followers), @btstranslation7 (280,000) and @doyou_bangtan (139,000), as well as larger organizations under one umbrella, like Bangtan Translations, known as @bts_trans, (1.48 million), which has been around since BTS’s debut and boasts 16 staff members, according to its website. In between are handfuls of midsize teams, like @peachboy_0613 (337,000) and @SPOTLIGHTBTS (240,000). All of them work for free.

Many of these translators got involved because they noticed incorrect or incomplete English transcripts online, but also because they saw an opportunity to participate in the rise of a group they wanted to see succeed.

At the first BTS concert the 20-something fan Jiye Kim (who posts as @doyou_bangtan) attended, she saw the band wanted “the concert to be a way for us to share in our joys and pain, just as humans walking alongside each other,” she said in a phone interview. She left the show thinking, “I’m really happy that I exist in this world and these people do too.”

Each translator account has different areas of expertise and interest. Bangtan Translations is one of the largest, posting comprehensive, authoritative interpretations of lyrics, tweets and long videos. The six-person Peachboy team does social media posts, lyrics and letters from the subscription-based Fancafe platform. Spotlight, which has four members, has a special knack for live interpreting. For in-depth looks at lyrics, @doolsetbangtan and @doyou_bangtan offer heavily contextualized, almost academic deep dives.

Translating for one of K-pop’s biggest groups comes with pressures. The sheer amount of content requires some discernment, even as a growing English-speaking market demands more, and wants it faster. Some translators have experienced burnout, especially those working alone at the mercy of an incredibly active and devoted fan base. The person behind the popular account @cafe_army shared a letter to followers on June 27 announcing an “indefinite rest” to focus on their personal life, which had been “compromised” by so much time translating. Others can relate: Kim averages more than a thousand phone notifications a day. Katie H., who runs @doolsetbangtan, took a short break last year after realizing she felt “guilty” when she didn’t have time to translate everything.

“People think we’re machines,” said Rachel, whose Korean name is Yejin, about her work helping run @SPOTLIGHTBTS as a busy 20-year-old college student in the United States. She said Twitter fans will tell her, “I don’t know how you balance your life with all of this.”

Time isn’t the only stressor. The translators are keenly aware of the power they wield in conveying the message of BTS to an English-speaking audience. “Our account is not a tiny account,” Rachel said. “There’s actually a lot of people seeing this stuff.” 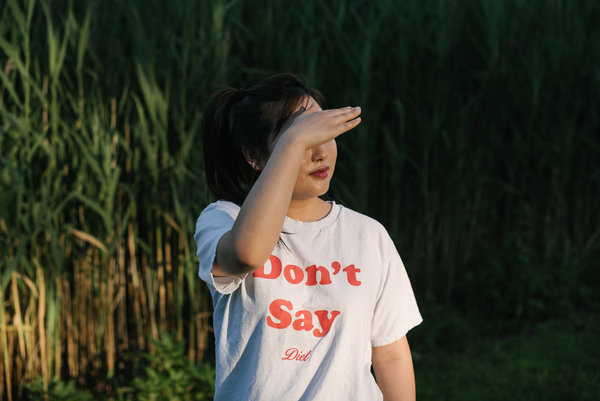 Errors are a danger, especially when words are retranslated from English into other languages. So is omission. Kim, whose lyric translation work stands out as especially poetic, once spent time carefully translating the BTS members V and RM’s 2018 Festa song “4 O’Clock” because she loved it so much.

“But then there’s a contrast of, why did you write all these beautiful words for V but you didn’t when Jimin or Jin wrote theirs?” she said, referring to other members of the group. “I recognize that by not speaking about the others, it feels as if V is a better lyricist, or is more in control of his emotions and he can show that through song.”

Fan translators don’t have the opportunity to ask BTS or the songwriters the group works with about the intent of a given track, instead inferring context from interviews and past lyrics. Korean also comes with its own particularities, idioms and references. (The BTS song “Ddaeng” uses the title word in at least six different ways over four minutes.)

Janet Hong, a Vancouver, British Columbia-based literary translator with the Center for the Art of Translation, said she has grappled with the inevitable contradictions built into transferring words and their meaning from one language to another.

“I’m often surprised when people think there is only one way a work can be translated into a language, as if each work comes with perfect, identical equivalents in different languages,” she said. “Literary translation is a creative act.”

If it’s creative, it’s also collaborative. The Peachboy translator ChanHee Jeong, 18, said she appreciates her partner Camila on days when she “just can’t Korean.” Both Kim and Katie H. noted that the translator landscape has shifted from competitive to communal — the two became friends in real life after bonding over the language of BTS on Reddit. Now they see each other as valuable sounding boards for trickier lyrics, and as support systems for dealing with a stan culture that can be militant.

Fans, meanwhile, appreciate the reassurance that comes from having a variety of interpretations to choose from. Myla Adjin, 18, the creator of the popular BTS fan account @cosmosdior, is just beginning to learn Korean. She looks at multiple accounts for translations, then adds her own perspective based on her knowledge of the group. “I’m not set on one, like they’re definitely right,” Adjin said. “I try to get everyone’s point of view before I make a final decision.”

Ultimately, all the hours translators put in to heighten the experience of BTS for non-Korean-speaking fans is a chance to celebrate what they see as a positive force in pop music today.

Kim, who works as a high school teacher when she’s not running @doyou_bangtan, grew up in Australia raised by Korean parents. She remembers being surrounded by classmates who would ask if her Korean food was Chinese.

Now, it’s common for her to cite BTS in classes and be met with fan chants, or to have her white students sing the chorus of “Boy With Luv” to her in the hallway. “I held a very big desire from when I was young for Korea to be more well known, simply because I’m Korean,” Kim said. “You want the things that you are and the things that you love to be recognized by other people.” 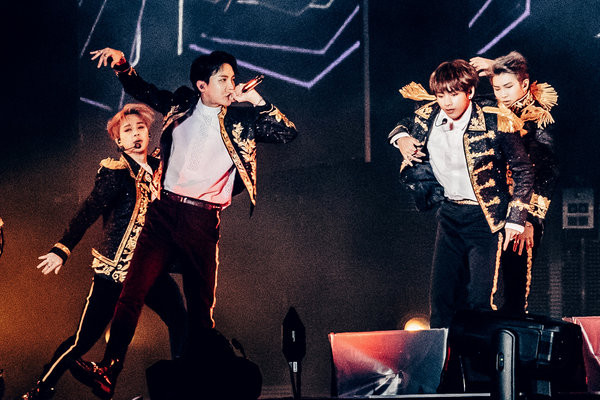 Vans' "Hot Lips" Collection Is for Your Inner Rockstar

Jane's Boyfriend May Have a Huge Secret on Big Little Lies