Home » Entertainment » Before El Chapo’s Sentencing, a Campout for Reporters

Times Insider explains who we are and what we do, and delivers behind-the-scenes insights into how our journalism comes together.

The first reporter arrived at Brooklyn federal court before 6 p.m. — the day ahead of El Chapo’s sentencing.

Joaquín Guzmán Loera, the drug kingpin known as El Chapo, was sentenced last Wednesday to life plus another 30 years in prison for murder, drug and money-laundering charges. For everyone involved, it was a long time coming: The trial had lasted three months, and Mr. Guzmán, who helped run the Sinaloa cartel, had been pursued by Mexican and American authorities for decades. But for some reporters covering the trial, it felt a little longer: We’d spent the night in folding chairs and sleeping bags littering the courthouse sidewalk.

Twenty-two of us arrived before midnight — 23 if you count Chapo, who arrived in an armored vehicle accompanied by flashing lights around 11:45 p.m. (likely for security reasons). We journalists slept, or tried to. I can’t speak for Chapo.

Wednesday wasn’t the first time we had camped for a seat inside the small eighth-floor courtroom on Cadman Plaza in Downtown Brooklyn. As reporters covering the trial daily from November through February, we often braved dipping temperatures to start forming lines outside. There was a time we considered 4 a.m. to be early, then 3 a.m., then 2 a.m.

My editors at The Times did not require me to sleep outside on the concrete — I chose to. Why? Well, for starters, because just about everybody else was doing it — and more important, because after the actual courtroom filled up each day, late risers were sent to an overflow room that simulcasted the proceedings with often poor audio and facial reactions too small to really see.

On Jan. 31, an arctic blast came with windchill values as low as negative 15 degrees. By about 4 a.m., court officers took pity on the numb-fingered reporters and allowed us inside a poorly heated vestibule between the double doors of the court building.

We gave one another nicknames — no reason for narcos to have a monopoly on those. My colleague Alan Feuer, who as an in-house court reporter did not have to wait in line, was dubbed Ojo Abierto (“Open Eye”) for his alertness. (While the rest of us waited in line, he stayed up searching the court-records database, Pacer, for unsealed documents.) I was La Señorita, likely because of my heels — which I brought even on campouts.

Then in February, on the first day of jury deliberations, I packed a suitcase with a thermal sleeping bag, pillow and three square meals and took a cab to the courthouse, arriving around 11:55 p.m. on a Sunday — 9.5 hours before the start of Monday’s proceedings. The next day, a Rolling Stone reporter followed suit.

The jury slogged through a week of deliberations, and our Chapo campouts continued. Over the course of the winter, a culture and community developed among reporters, many of whom had previously not known each other. We hailed from publications based in the United States, Mexico, Spain, Argentina and the United Kingdom.

Technically speaking, federal marshals made the rules. But we developed a few of our own, most paramount among them: to sign and time-stamp your name on “La Lista,” a sheet of lined paper marking the order of the line. It quickly became commandment. Fail to sign La Lista, refuse to honor La Lista, or in any other way degrade La Lista, and you met with the withering eye of its steward, the Televisa correspondent Marisa Céspedes.

Others, like Alejandro Edda, the actor playing El Chapo on Netflix’s “Narcos: Mexico,” learned the rules. He added his name to La Lista, made a dip into the courtroom — and earned a smile and a wave from Mr. Guzmán himself.

And so last Wednesday, we signed La Lista one more time, gathering for one last courthouse campout.

Finally, around 7:45 a.m., we made our way inside the courthouse. At lucky number 22, I was the last reporter on the list allowed inside — and only because by some horrible feat of irony Reporter #1 dipped into the courthouse cafeteria (likely for coffee) and lost her spot before the last leg of security; she and the others who did not make it into the main courtroom went to an overflow room across the hall. (District Executive Eugene J. Corcoran estimated that between 225 and 250 people attended the proceedings Wednesday and that about 150 reporters and outlets covered the trial — he hadn’t seen more reporters on any other case, he said.)

Escorted by federal marshals, Mr. Guzmán entered the courtroom around 9:25 a.m. He appeared older than he had at his Feb. 12 conviction: His hair had turned saltier, and he sported an unkempt mustache. He saluted friends, waved a kiss to his wife, Emma Coronel Aispuro, and tapped his chest.

About an hour later, he would leave the same way he entered, the life sentence official. One of his lawyers patted his shoulder. As he turned away, Ms. Coronel, who is not allowed to visit him, leaned across the bench as though to keep him in her view a little longer.

But the final chapter wasn’t quite written.

I’d been up 33 hours straight when, at 9:06 p.m., I got a call from one of Mr. Guzmán’s lawyers: Chapo had gone missing. No, he hadn’t escaped, but they had been told he had never returned to the Metropolitan Correctional Center, where he was taken in 2017 after being extradited to New York. Where was he?

I eyed my pillow. It would be a long night.

Follow the @ReaderCenter on Twitter for more coverage highlighting your perspectives and experiences and for insight into how we work. 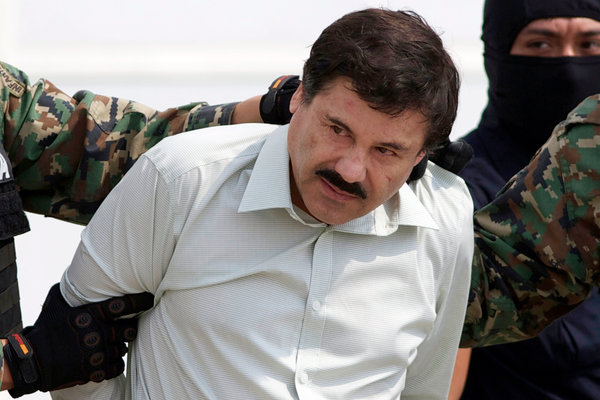 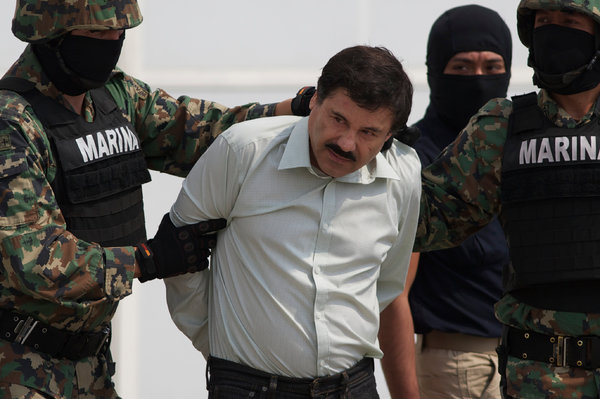 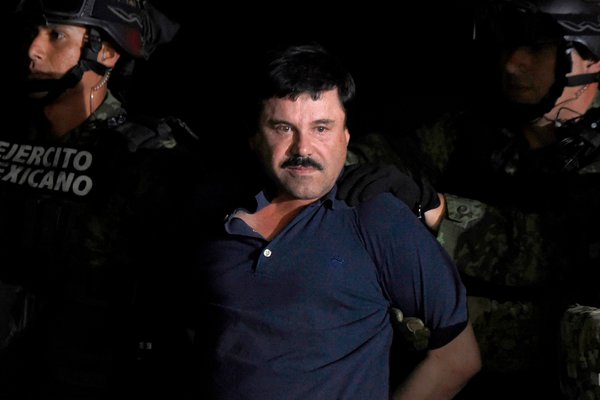 Andy, Tamra and More React to Vicki's 'RHOC' Demotion: 'You Are the OC'