In 1970, Capitol Records’ business was struggling. The Beatles, the company’s top act, were defunct. Hits were scarce among its remaining roster. That year, the company lost $8 million.

It needed a savior, and it found one in Bhaskar Menon, an Indian-born, Oxford-educated executive at EMI, the British conglomerate that was Capitol’s majority owner. He became the label’s new chief in 1971 and quickly turned its finances around, driving a gargantuan hit in 1973 with Pink Floyd’s album “The Dark Side of the Moon.” He later ran EMI’s vast worldwide music operations.

Mr. Menon, who was also the first Asian man to run a major Western record label, died on March 4 at his home in Beverly Hills, Calif. He was 86.

The death was confirmed by his wife, Sumitra Menon.

“Determined to achieve excellence, Bhaskar Menon built EMI into a music powerhouse and one of our most iconic global institutions,” Lucian Grainge, the chief executive of Universal Music Group, which owns the Capitol label and EMI’s recorded music business, said in a statement after Mr. Menon’s death. 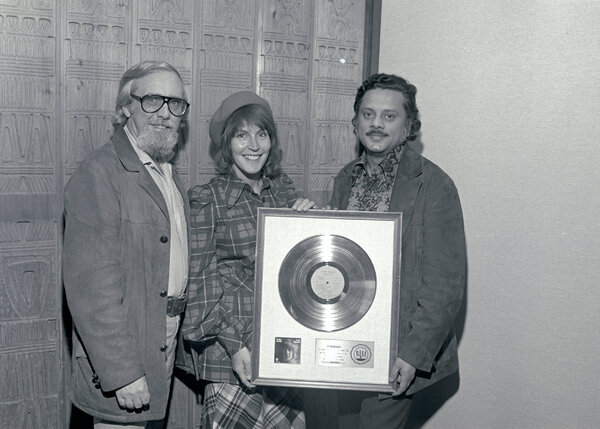 Vijaya Bhaskar Menon was born on May 29, 1934, to a prominent family in Trivandrum, in south India (now Thiruvananthapuram). His father, K.R.K. Menon, was the finance secretary under Prime Minister Jawaharlal Nehru; the first one-rupee notes issued after India’s independence from Britain bore his signature. Mr. Menon’s mother, Saraswathi, knew many of India’s leading classical musicians personally.

Mr. Menon studied at the Doon School and St. Stephen’s College in India before earning a master’s degree from Christ Church, Oxford. His tutor at Oxford recommended him to Joseph Lockwood, the chairman of EMI, and Mr. Menon began working there in 1956.

Capitol, the Los Angeles label that had been home to Nat King Cole, Frank Sinatra and Peggy Lee, was reeling from business missteps and declining sales, and EMI installed Mr. Menon as its president and chief executive. He slashed Capitol’s artist roster, tightened budgets and pushed for more aggressive promotion of the label’s artists.

In 1972, Mr. Menon learned that Capitol was at risk of losing the next album by Pink Floyd, which blamed the company for the poor sales of its previous albums in the United States. Mr. Menon flew to the South of France, where Pink Floyd was performing and, after an all-night negotiating session, they agreed on a deal. Mr. Menon commemorated the terms on a cocktail napkin and brought it back to Capitol’s legal department in Los Angeles, said Rupert Perry, a longtime executive at EMI and Capitol.

“The Dark Side of the Moon,” released by Capitol with a huge promotional campaign, was one of the biggest blockbusters in music history; it stayed on Billboard’s album chart for 741 consecutive weeks and has sold more than 15 million copies in the United States alone.

Led by Mr. Menon, Capitol continued to have success in the 1970s with Bob Seger, Helen Reddy, Steve Miller, Linda Ronstadt, Grand Funk Railroad and others.

In 1978, EMI put its music divisions under unified management as EMI Music Worldwide and named Mr. Menon chairman and chief executive. He remained in that position until retiring from the music industry in 1990. From 2005 to 2016, he served on the board of directors of NDTV, a news television channel in India. In 2011, an ailing EMI was sold to Sony, which bought its music publishing business, and Universal Music.

In some ways, Mr. Menon was an outsider in the Southern California music scene.

“I was a very unusual and unlikely sort of person to be sent here under those circumstances to take overall executive command of Capitol,” Mr. Menon was quoted as saying in “History of the Music Biz: The Mike Sigman Interviews,” a 2016 collection published by the industry magazine Hits.

Mr. Menon’s wife recalled in a phone interview that when they married, in 1972, Mr. Menon told her, “There are only two Indians in L.A.: Ravi Shankar and me.” She recounted stories of the two men — old friends from India — scouring the city’s exclusive west side in vain for good Indian food.

In addition to his wife, Mr. Menon is survived by two sons, Siddhartha and Vishnu, and a sister, Vasantha Menon.

Although Mr. Menon was primarily known as a manager of the business side of the labels he ran, he had the respect of many musicians. In the 2003 documentary “Pink Floyd: The Making of The Dark Side of the Moon,” Nick Mason, the band’s drummer, recalled Mr. Menon’s efforts in promoting the band’s breakthrough album, calling him “absolutely terrific.”

“He decided he was going to make this work, and make the American company sell this record,” Mr. Mason said. “And he did.”

What the Deuce? The Nike LeBron 18 Low Appears in a "Stewie Griffin" Colorway