Brandi Glanville didn’t appear on the season 10 premiere of The Real Housewives of Beverly Hills, but she certainly tuned in.

The Drinking and Tweeting author slammed Denise Richards for how she treated a waiter regarding her drink order during the Wednesday, April 15, episode. 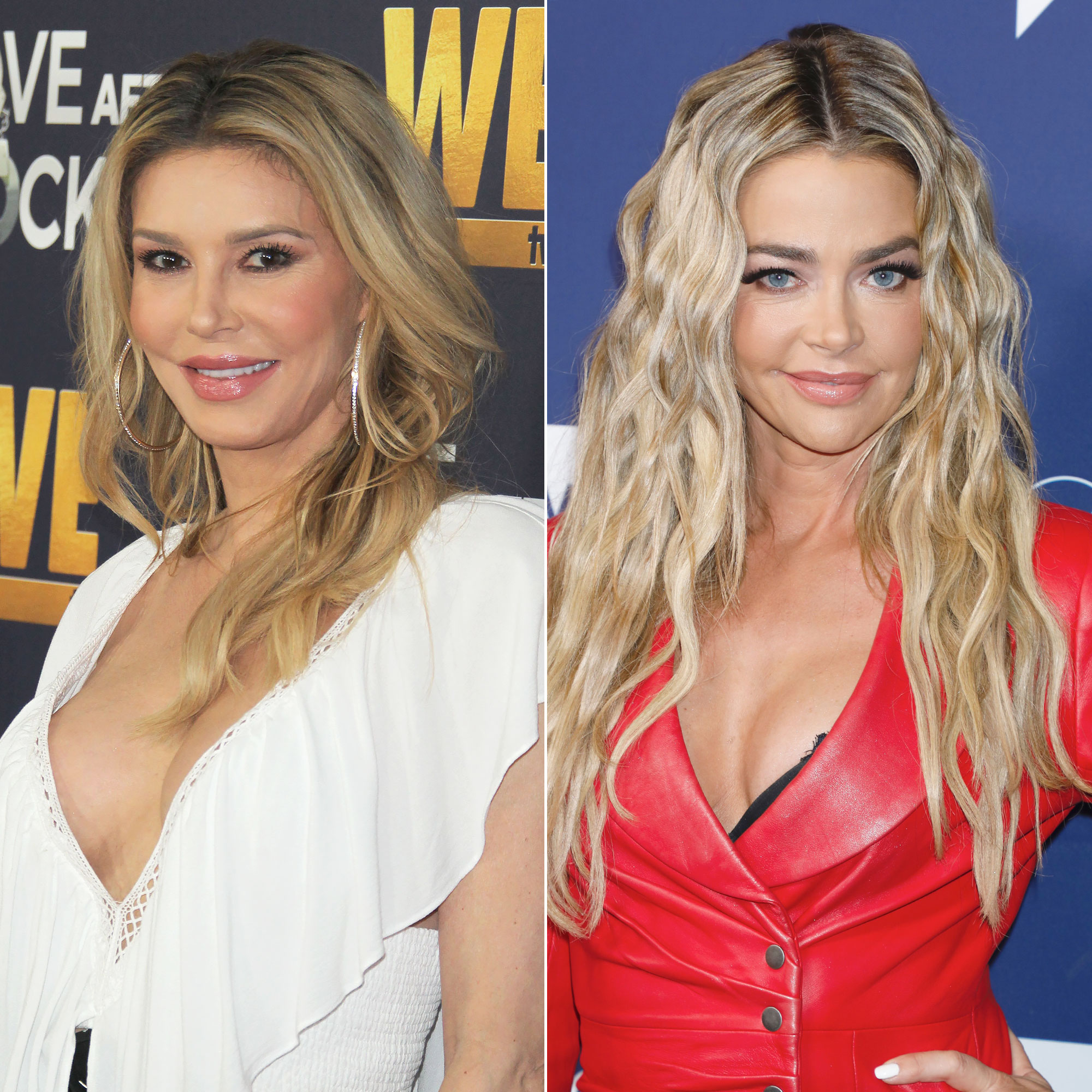 “I’m sorry but their [SIC] is a way to say to your waiter (I’ve waited a lot of tables) that you think your drink might be wrong without being a complete bitch!!!” Brandi, 47, tweeted. “I judge people by the way they treat others.”

In a second tweet, Brandi wrote, “She was rude to a waiter — at least her glam was on point.”

“I think if your [SIC] unhappy you send things back with a smile & an explanation,” the Celebrity Big Brother alum added in a third tweet. “Don’t shoot the messenger you know?”

Denise, 49, who argued with the waiter about the type of tequila she was served during the premiere, revealed via Twitter that she apologized at the restaurant.

“I was all fired up before my tequila was delivered. I felt terrible and apologized to the waiter 🙏🏻” the actress wrote. “But I do know my tequila #RHOBH.”

Brandi, however, didn’t just address Denise’s behavior with the waiter. The Drinking and Dating author also replied to fans who asked about Brandi’s claims that she and Denise hooked up in the past.

When asked how the Wild Things actress is “in bed,” Brandi quipped back, “I have been sent a legal STFU.”

After one viewer accused Brandi of “pretending to be in love” to get screen time, she clarified, “I’m not in love with anyone but my 2 children. I was never in love with Denise I never said that or implied that.”

Us Weekly confirmed in January that Denise stopped filming group scenes of RHOBH after Brandi brought up their alleged relationship on camera. While sources close to the Bold and the Beautiful star told Us that there is no truth to Brandi’s claims, other insiders insist that she has “the backup” she needs to prove the hookup happened. Denise subsequently filed a cease and desist order.

“I was surprised more at the cease and desist than I was the stopping of filming,” Erika Jayne told Us ahead of the premiere. “I could understand, ‘Hey, wait a second. I need a minute. Hold on, this is not … Things are out of control.’ But the cease and desist is something that I was most taken aback by. I was a little bit more shocked. Like, ‘Wow, OK.’ That’s interesting.”

The Real Housewives of Beverly Hills airs on Bravo Wednesdays at 8 p.m. ET.

What’s on TV Sunday: ‘City on a Hill’ and ‘Mindhunter’