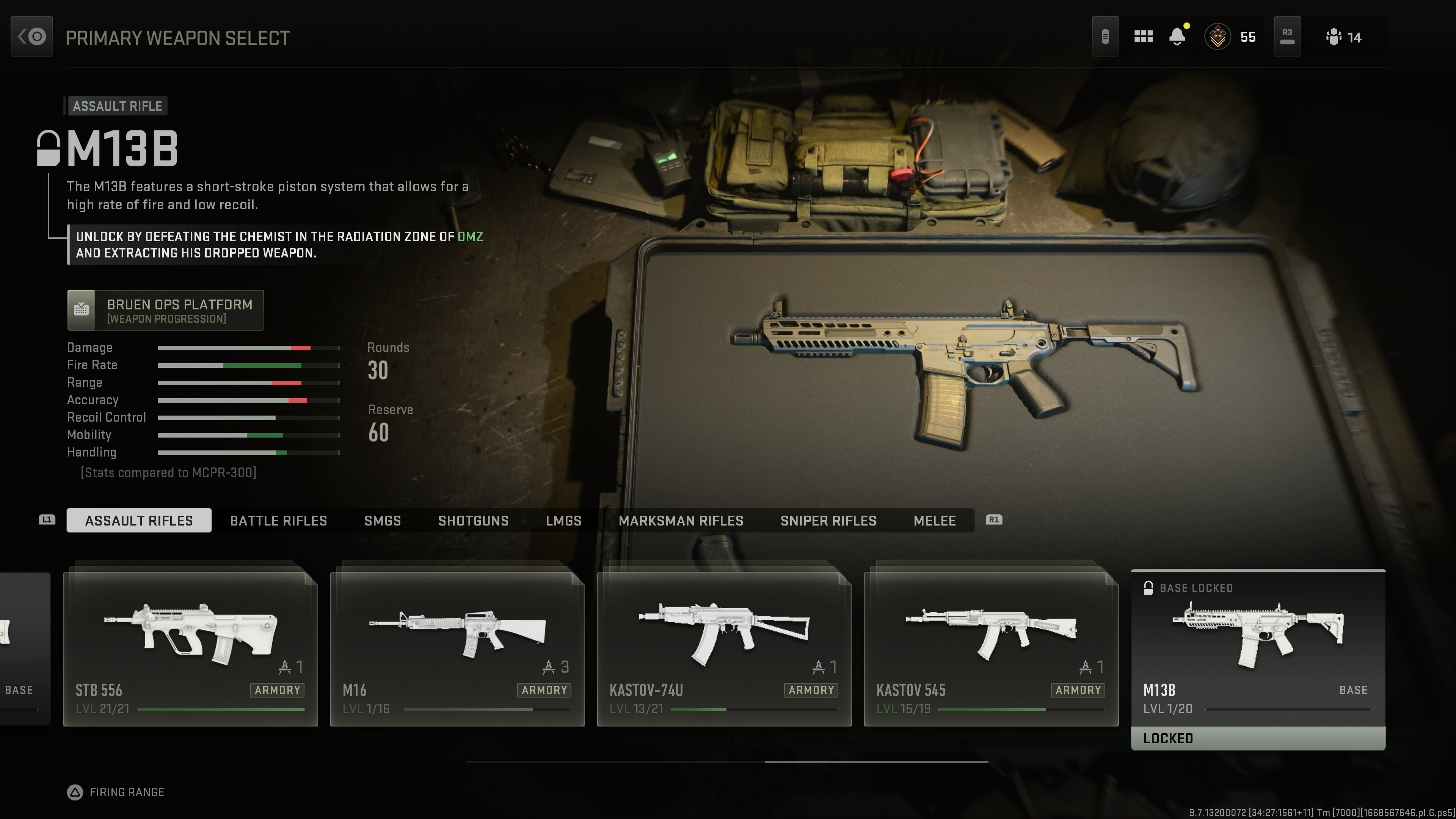 People are selling gun unlocks for Call Of Duty: Warzone 2.0 on eBay, prompting scorn and mockery from other players.

Even before it launched, Call Of Duty: Warzone 2.0’s new DMZ mode proved controversial, with plenty of players showing little interest in trying it out and wanting to stick with the traditional battle royale mode.

Perhaps its biggest controversy was that a new weapon – the M13B Assault Rifle – for both Warzone 2.0 and Call Of Duty: Modern Warfare 2 could (for the time being) only be acquired by completing a specific challenge in DMZ.

Apparently, some players are so incensed by the idea of playing a different mode/game to unlock a single weapon that they’re paying other people to get it for them.

In DMZ, even if you play as part of a group, only the player who completes the challenge will unlock the weapon. However, it is possible for someone who obtains the weapon to drop it for another player, allowing them to pick it up and extract it themselves.

Therefore, some people cottoned on to the possibility of offering players to unlock the weapon for them… for a price.

The way it works is that the sellers ask for a player’s details that allow them to group up together in DMZ, then the seller completes the challenge and leaves the weapon behind for the buyer.

Typing ‘m13b’ into eBay only brings up a small handful of relevant listings, some going for just under £3. However, a few are pushing their luck by selling the weapon for £10.

The most expensive one we could find is expecting someone to pay as much as £25 for it, citing the challenge as ‘extremely hard.’

As evidenced by this list of sold listings, there are plenty of people willing to fork out that much money for a single weapon.

Unsurprisingly, others think this is completely ridiculous, with Reddit user aCanadianMaple telling gun sellers to ‘go [to] hell.’

‘If people are dumb enough to buy it, then that’s on them,’ adds DoItForTheOH94.

Others, meanwhile, seem to at least understand why someone would pay someone else for the unlock.

‘I also understand the ones that are asking people to drop it. The challenge is literally borked from the get-go,’ says ErraticSeven, who describes weapon sellers as ‘predatory.’

Eventually, the Reddit thread descends into people offering to help each other out, providing tips on how to beat the challenge and even offering to unlock and gift it at no cost.

This is hardly the first time something like this happened with video game unlocks. Earlier in the year, Elden Ring players were selling runes (the in-game currency) on eBay for upwards of £100.

Charlize Theron Posts Vacation Pic of Her Daughter & Gets Punny

Ruth Bader Ginsburg Loved Opera, and Opera Loved Her Back