Dancing With the Stars pro Cheryl Burke is blogging exclusively with Us Weekly about her quest to take home the season 28 mirrorball trophy! Check back each week for her latest update on the competition.

During the Monday, October 7, episode, Cheryl Burke sat in the audience, a very different experience for the pro. In her exclusive blog, she share her thoughts on the night’s biggest moments.

On sitting in the audience:
It was so different for me just because I haven’t ever done that in 14 years. It was my first time sitting in the audience ever in my whole Dancing With the Stars career. It was really cool just to see everything live. And then I kind of reunited with Terrell [Owens] because he was also in the audience sitting next to me and Matt. It was nice to be able to make eye contact with some of the competitors. Obviously, between every commercial break, Leah would come up and she asked me how she’s doing and I thought she did an amazing job and she held her own. Her little banter back and forth with the judges was funny and she was totally the people’s voice last night. And I think that was what she was trying to accomplish. 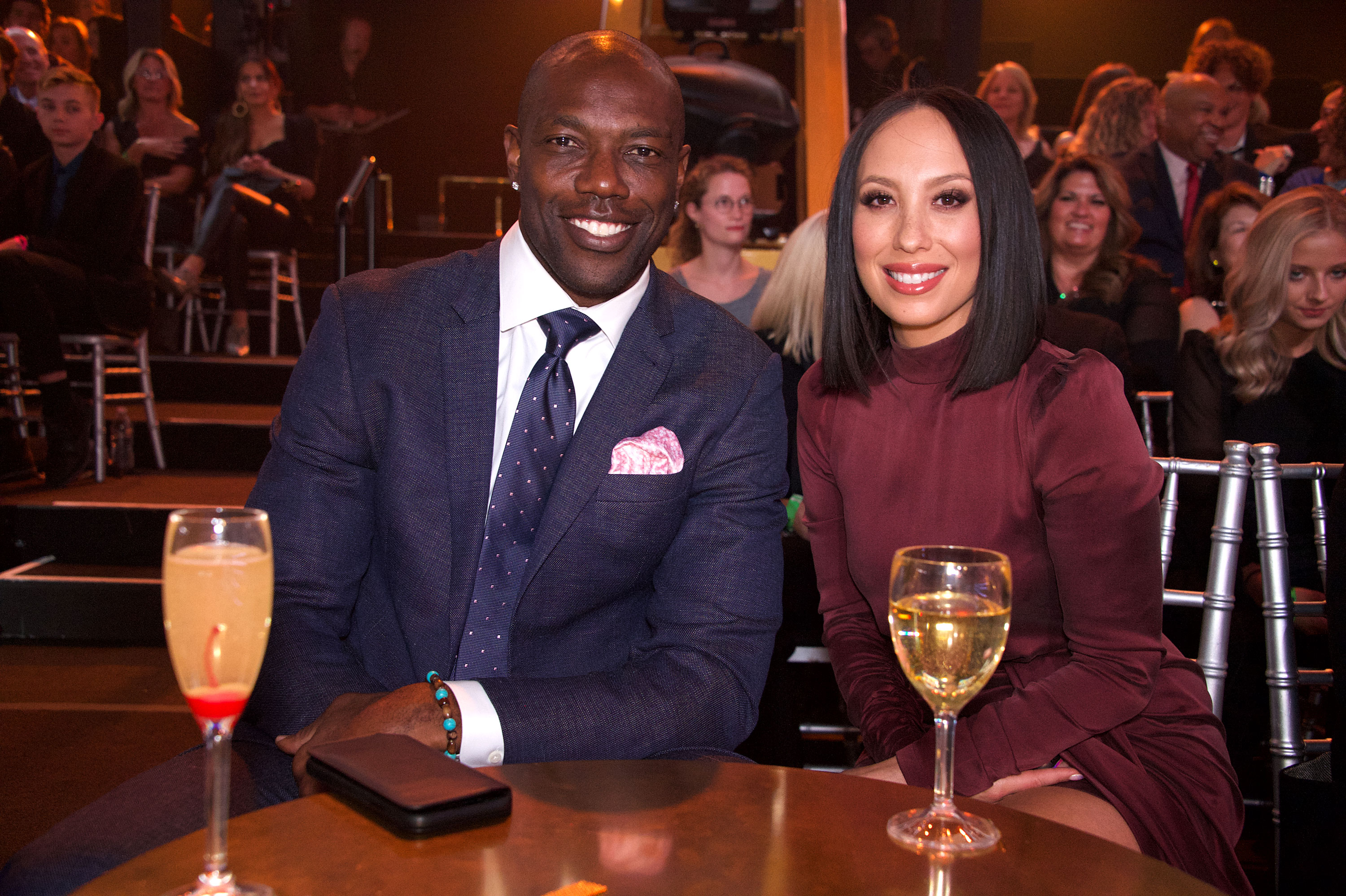 On husband Matthew Lawrence not liking to sit in the audience:
Matt goes, “I can’t believe you’re making me go to the show again!” And I’m like, “We have to celebrate Leah!” He hates sitting in the audience. He’s one of those famous people that just doesn’t like all eyes on him. I get it. It’s a lot. It’s intimidating sometimes when you just have people staring at you all the time.

On Leah’s judging:
I love Len [Goodman], but I also love that she was the people’s voice and I could hear that in the audience. What was cool to witness was that you could hear them backing her up. Erin [Andrews] was clearly backing Leah up all night, as well. People don’t understand. It is a show and all that, but also, these people have no dance experience and the turnaround on this show is so fast and so sometimes with the negative, you do need to be positive.

On not being involved this week:
I would say it’s more bitter than sweet that I’m not there. I just want to get in there and do something. I wish I could just do something, whatever role that is, you know what I mean? Like I just want to be involved. I haven’t heard anything yet; hopefully, we’ll be hearing something soon. The meeting was great.’ 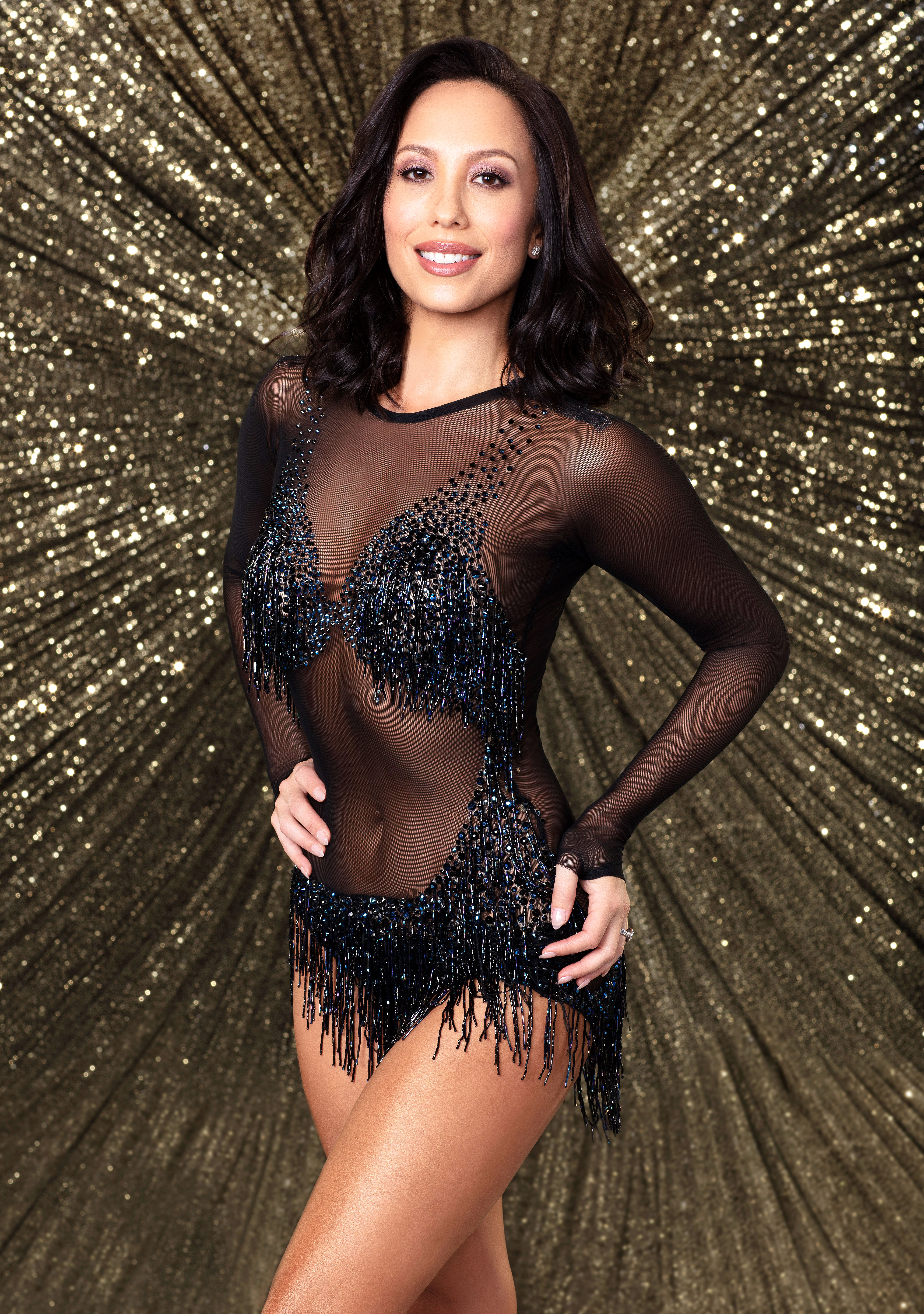 On the scoring this week:
I thought some scores were too high, I thought some scores were too low. Nowadays, getting two 8s is like getting a 10 to me. The judges do have screens that they look at, so they see the camera shots at the judges’ table. I only saw one view. I thought everyone really did a stand-up job, regardless of the technique. I thought everyone came out there and they all had hunger in their eyes. They were determined to get it and it was just like a friendly competition.

On the judges saving Karamo:
At the end of the day, this is a dance competition. Is he the better dancer? Absolutely. 100 percent. But again, they had to use their brain and not so much their heart. Leah loves Lamar. She said that she was just in tears, and Lamar, I’ve said this before, but he reminds me of Rob [Kardashian], and it’s because of that journey. Even though it’s been a short journey, I know that Peta Murgatroyd has changed his life for the better and that’s all that matters. 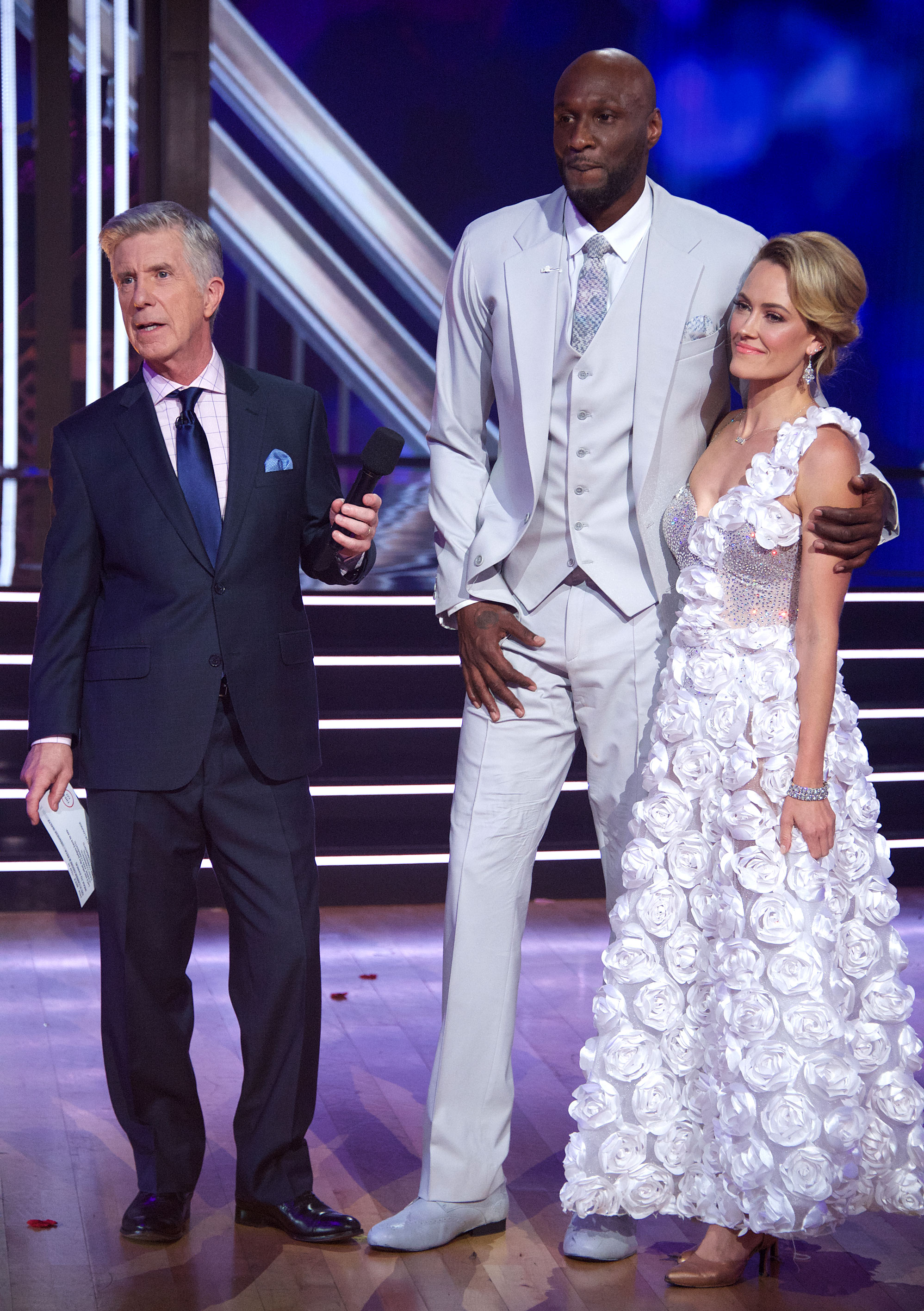 On rooting as a fan and the pressure going forward:
Honestly, as an audience member now, I was so rooting for Lamar. You could see in his eyes that this show has already changed his life. I was telling Peta as well, like, “You’ve done such a great job.” Maybe on paper, in the beginning, it wasn’t ideal, but at the end of the day, this was awesome. I keep telling everyone, the reason why I keep coming back to the show is because it’s bigger than us being dance teachers to these people. We change their lives and that’s just the way it is. We’re holding onto such a vulnerable soul. Each person that comes on the show, it’s something that they’ve never done before. I don’t care if you’ve taken a dance class, but this show in itself, the ups and downs, the roller coaster ride, the emotional, mental state that you can be in is sometimes fragile. Coming together as a team and just coming together as a Dancing With the Stars family is something that you can only experience if you’ve been so lucky enough to be a part of the show. You feel so accomplished. Is it a lot of work? Absolutely. Is this kind of like Survivor, in a good way? Yes. Because at the end of the day, you have this sense of accomplishment. It will never be the same no matter what.

On Leah wanting the show to only feature celebs with no dance experience:
I agree, but also, people don’t vote for people with dance experience, clearly. Even was back in the day with Mario Lopez and Emmett Smith. Mario was clearly the one with dance experience or was a dancer and has always been amazing. But then at the end of the day, Emmett won; he won the people’s hearts and votes.

On looking to next week:
Right now, the couples are like, “Oh my God, it’s Disney night. We have so much to do.” We have the opening number that we’re actually going to be filming there at Disneyland and we go to rehearsals tomorrow. So it’s, like, a two-night shoot. So people are losing rehearsal time and I can just only imagine the stress of that, but everyone will be in the same boat. At the end of the day, hopefully, the judging won’t be too harsh because hopefully everyone knows that the turnaround has been even quicker than ever. This is the first time that we’ve ever done this.

Dancing With the Stars airs on ABC Mondays at 8 p.m. ET.

Parental grief at its most realistic

What I'm Listening To This Week: SiR, Justine Skye, Willow, and Emotional Oranges