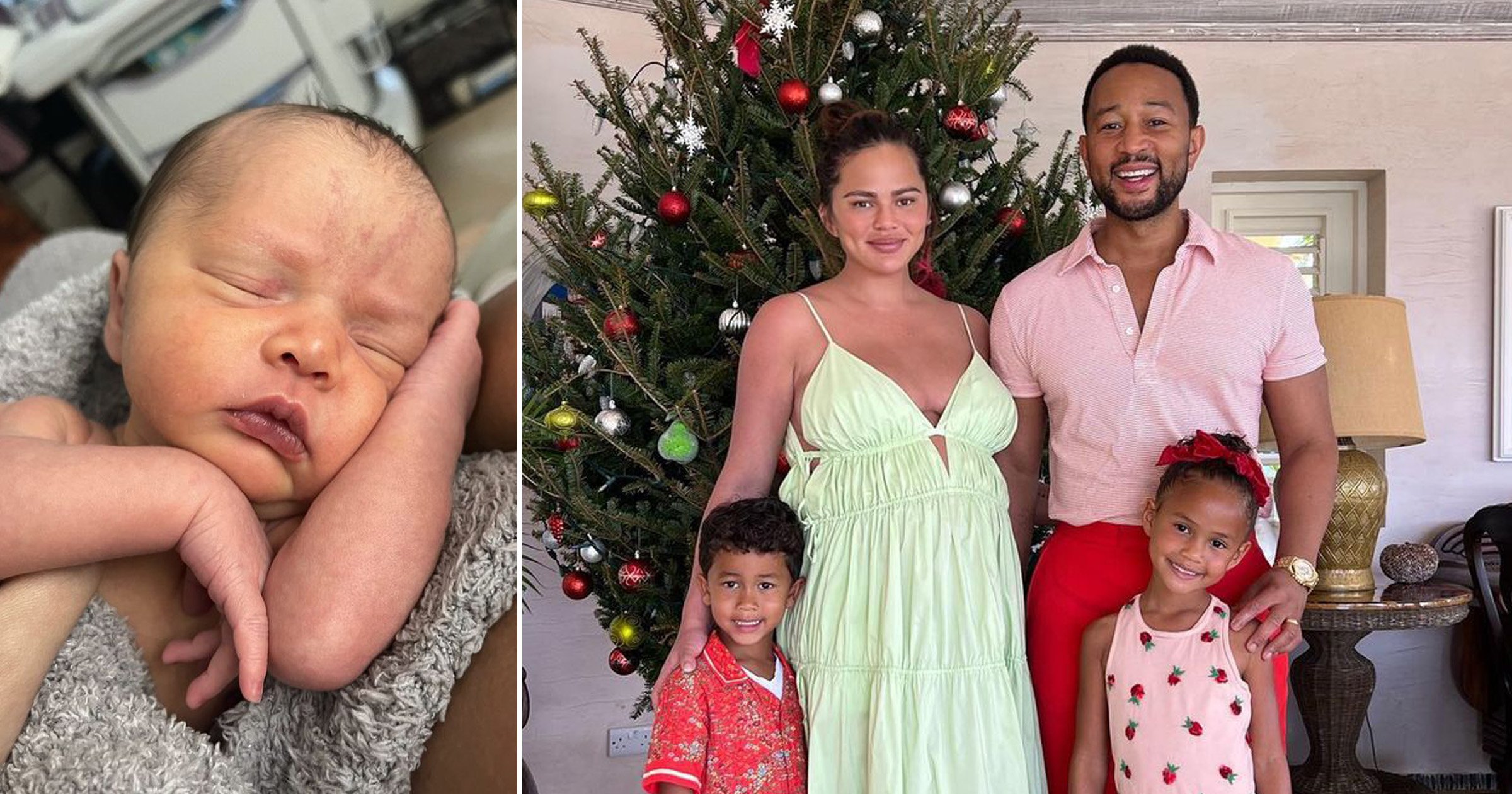 Chrissy Teigen has posted another picture of her newborn daughter Esti, who she shares with John Legend, and the cuteness is overwhelming.

The model and, 37, Ordinary People singer, 44, welcomed their bundle of joy on Friday January 13, with John reportedly confirming the news at a private concert.

The couple then broke their social media silence a few days afterwards, posting a photo on Instagram of the little girl all bundled up while being adored by her older siblings, Luna, six, and Miles, four.

The cookbook author also revealed the tot’s name was Esti Maxine Stephens, adding that: ‘the house is bustling and our family could not be happier 💕.’

In her latest post, published on Tuesday, Chrissy shared a close-up picture of her darling daughter’s face, writing: ‘look at u out here lookin like a baby.’

Celebrities were quick to fawn over little Esti, with Kris Jenner penning: ‘Soooo beautiful just like her mama 💕💗💕💗.’

Chrissy announced she was pregnant again in August 2022, two years after she and John suffered the loss of their son, Jack.

In October 2020, the Lip Sync Battle presenter underwent an abortion to save her life, while her baby had ‘no chance’ of survival, having previously believed she’d had a miscarriage.

When she revealed her pregnancy, she wrote on social media: ‘The last few years have been a blur of emotions to say the least, but joy has filled our home and hearts again.’

Sharing photos of her bump, she added: ‘1 billion shots later (in the leg lately, as u can see!) we have another on the way.’

‘I don’t think I’ll ever walk out of an appointment with more excitement than nerves but so far, everything is perfect and beautiful and I’m feeling hopeful and amazing. Ok phew it’s been very hard keeping this in for so long!

All 'The Crown' Cast Looks at the 2020 Golden Globes