The gang’s all here! Fox just dropped the first 20-second teaser for BH90210, the quasi-revival of Beverly Hills, 90210, and it’s safe to say we are heading to the Pit. The video will immediately take viewers back in time with the ‘80s themes and so many familiar faces.

“Remember when we used to make out to this song?” Tori Spelling asks in the new teaser before she kisses Brian Austin Green’s David.

In the new series, the original cast — Spelling, Green, Jason Priestley, Ian Ziering, Shannen Doherty and Gabrielle Carteris — are playing exaggerated versions of themselves, who reunite to attempt to create a revival of Beverly Hills, 90210. The producers have also cast La La Anthony to play Green’s wife, while Vanessa Lachey will star as Priestley’s wife. 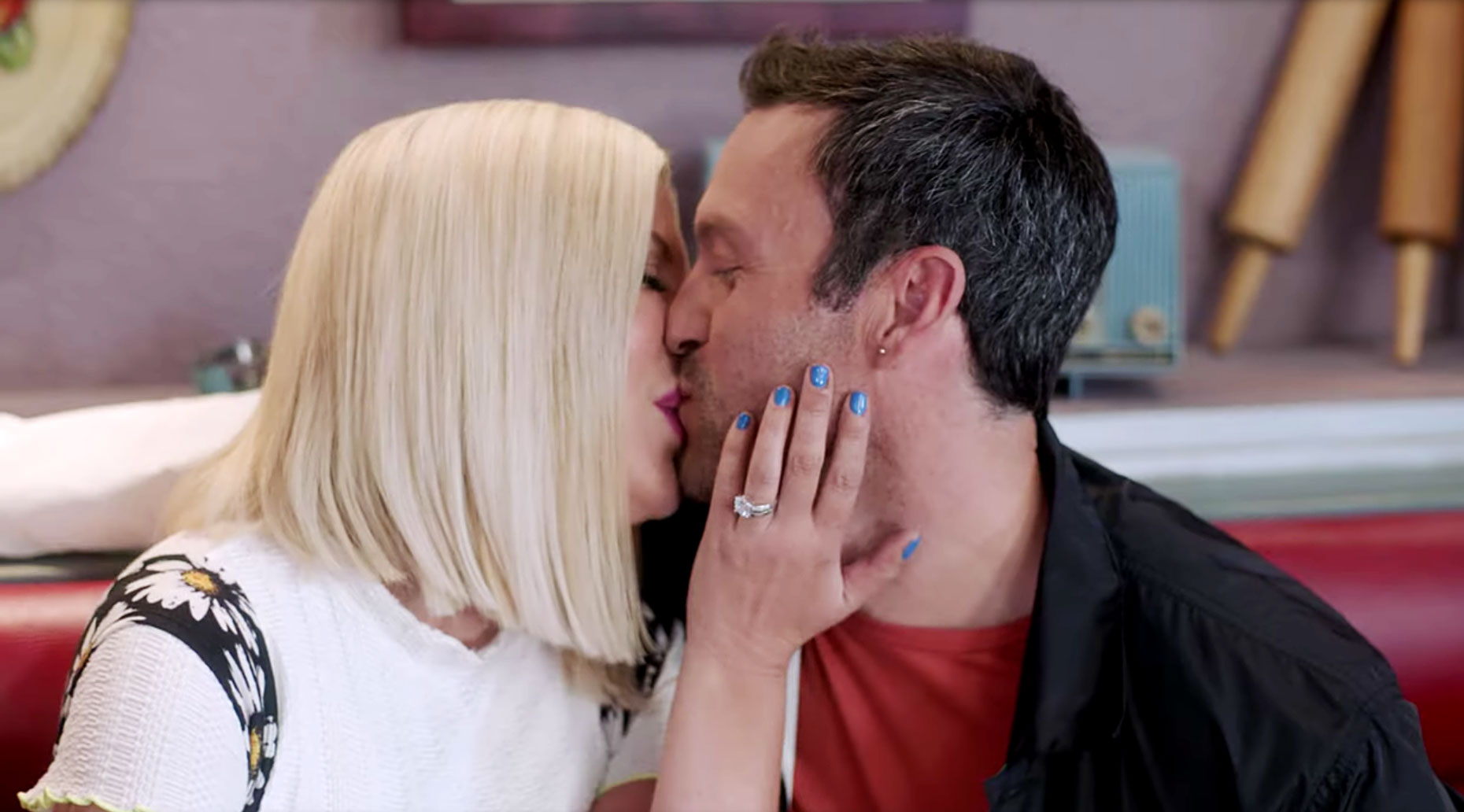 However, the cast has confirmed there will also be scenes of them playing their characters — which seems to be the case with that Donna and David kiss. The characters married in the series finale in 2000. But that won’t be the only Easter egg that will pop up.

“We’re gonna have fun with that over the course of the first season, for sure, and subsequent seasons, but you’ll just have to keep your eyes peeled for recognizable faces,” Garth told Us Weekly in May. “We’re gonna do a lot of show references, a lot of eye candy for the people that were fans of the original show … being like, ‘Oh, my God, that’s the dress!’ or ‘That’s what they said in the episode!’”

In June, Doherty, 48, shared on Instagram that filming “could not have gone better,” revealing she was having a “blast” with her former costars.

Tell Us Which TV Couple's Breakup Destroyed You