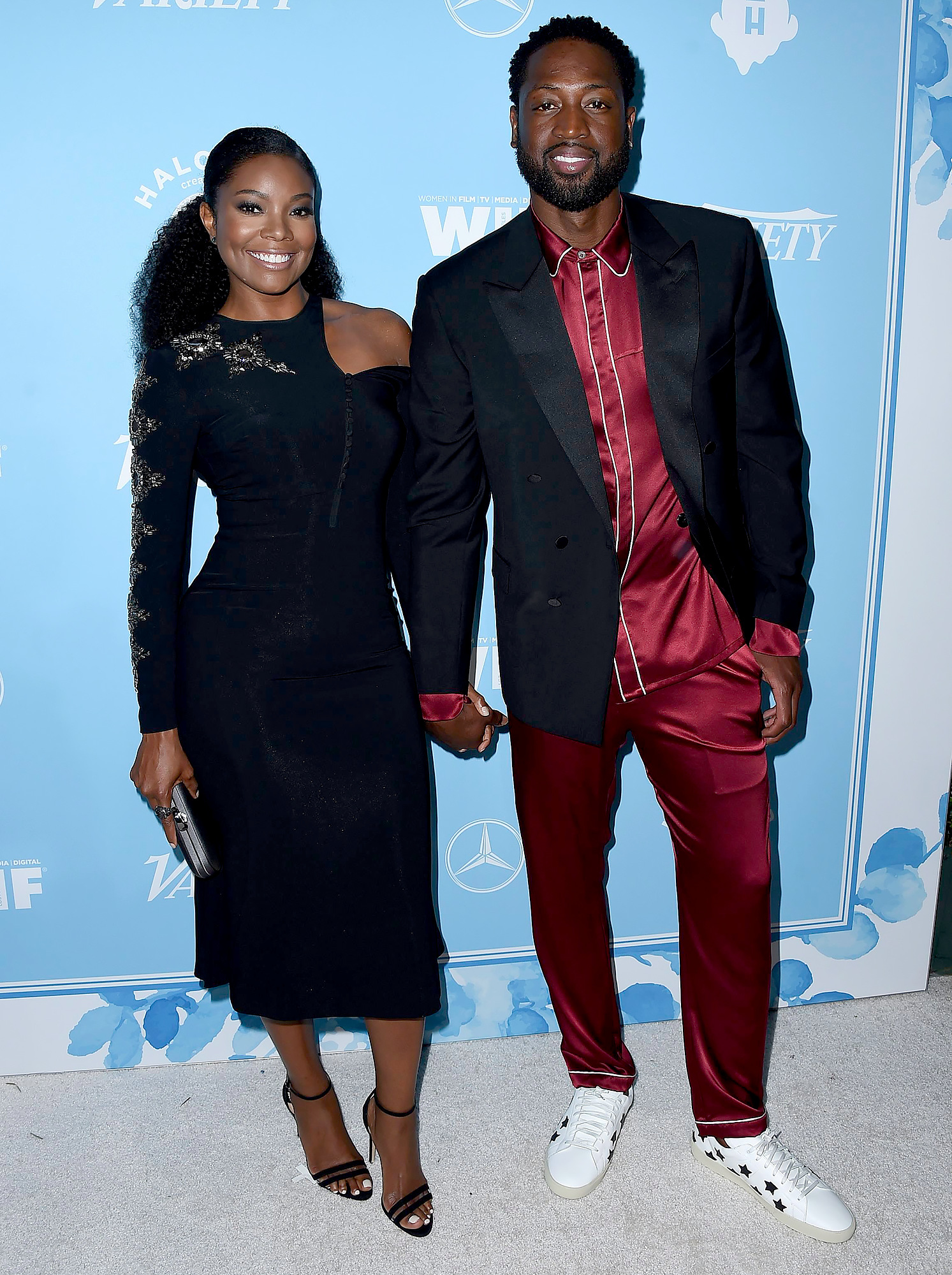 Gabrielle Union has quite the support system. Following the news that the actress, 47, was leaving America’s Got Talent after just one season, a report was released that claimed she spoke out about the toxic culture at the show — and was let go because of it.

While the L.A.’s Finest star has yet to comment on her exit or the reasons behind it, Union’s husband, Dwyane Wade, took to Twitter on Wednesday, November 27, to respond.

“”Men lie, Women lie, numbers don’t” Over this past year I’ve been approached by many people saying that my wife @itsgabrielleu is the main reason they’ve started watching #AGT or that they love her insight and sincerity on the show,” the athlete, 37, began. “So when i got the news that my wife was being fired—my first question was obviously why!? I am still waiting on a good answer to that question. But if anyone knows @itsgabrielleu or have heard of her you know she’s an advocate for our community and culture.”

The NBA pro then went on to send a message to Union, with whom he shares 12-month-old daughter Kaavia. “As proud as i were of her being selected as a judge on #AGT— I am even more proud of her standing up for what she stands for and that’s US,” Wade continued. “So [cheers] to you @itsgabrielleu on not losing sight of the lessons we’ve talked about teaching our daughter and for kicking ass while you were on that platform. Number 1 judge on one of the biggest shows in the world‼️” 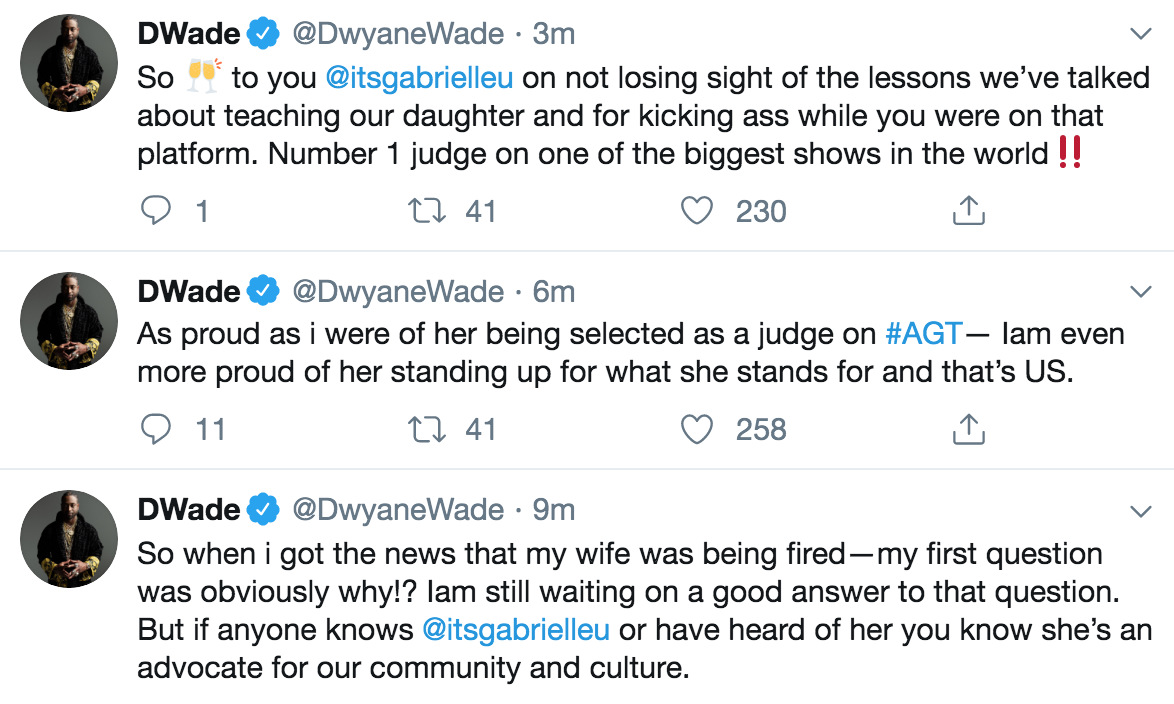 On Tuesday, November 26, Variety reported that Union stood up for staffers who were offended by a racist remark allegedly made by guest star Jay Leno; the remark never aired, but the We’re Going to Need More Wine author urged any upset staffers to go to human resources and explain their feelings.

Additionally, the report claims Union received multiple complaints about her changing hairstyles, with numerous staffers saying they were “too black” for the AGT audiences.

NBC and production company Fremantle responded to the claims in a statement to Us Weekly on Tuesday.

“America’s Got Talent has a long history of inclusivity and diversity in both our talent and the acts championed by the show,” the statement read. “The judging and host line-up has been regularly refreshed over the years and that is one of the reasons for AGT’s enduring popularity. NBC and the producers take any issues on set seriously.”

On Wednesday morning, the Being Mary Jane alum headed to the gym and documented her workout on her Instagram Story. “When I’m not feeling my best, I try to get in a sweat,” she captioned a video. “When the world feels like it’s falling apart, try to find your peace.”