Francisco Guillermo Ochoa Magaña, better known as Memo Ochoa, is an Olympic medalist and one of the best Mexican soccer players of all time. For this installment of Essentials, he welcomed us into his house to show us some of his most precious items.

From a very young age, Ochoa was encouraged by his father to pursue his passion for playing soccer. He got his early training at PUMA F. C. Academy and later on at Club America’s Football School. Even though he was first drafted as a forward, destiny put him at the goal, where he would thrive and eventually become a professional player.

Ochoa’s achievements include winning a Gold Medal at the Tokyo 2020 Olympics, being the recipient of the Mexican Cup on 13 occasions, and playing in several European teams such as AC Ajaccio, Malaga, Granada, Standard Lieja, etc.

He’s become one of the most beloved figures in Mexican soccer, proving his temper against the toughest opponents. On the occasion of the Mexico-Brazil match of 2014, Ochoa stopped several of Neymar’s goal attempts, making his compatriots proud and putting Mexico’s name high for all the world to see.

Memo is an avid gamer. When he’s not in the field, he is playing video games live on his Twitch channel or surrounded by friends playing backgammon or dominoes. He’s always aware of the role he plays when he’s in a match and the responsibility that it conveys. He’s got the weight of the whole team, managers, and millions of fans on his back.

Memo is about to play his 5th World Cup in Qatar as Captain of Mexico’s National team. Today we get to know him better through some of his most valuable and personal objects, his Essentials.1 of 2 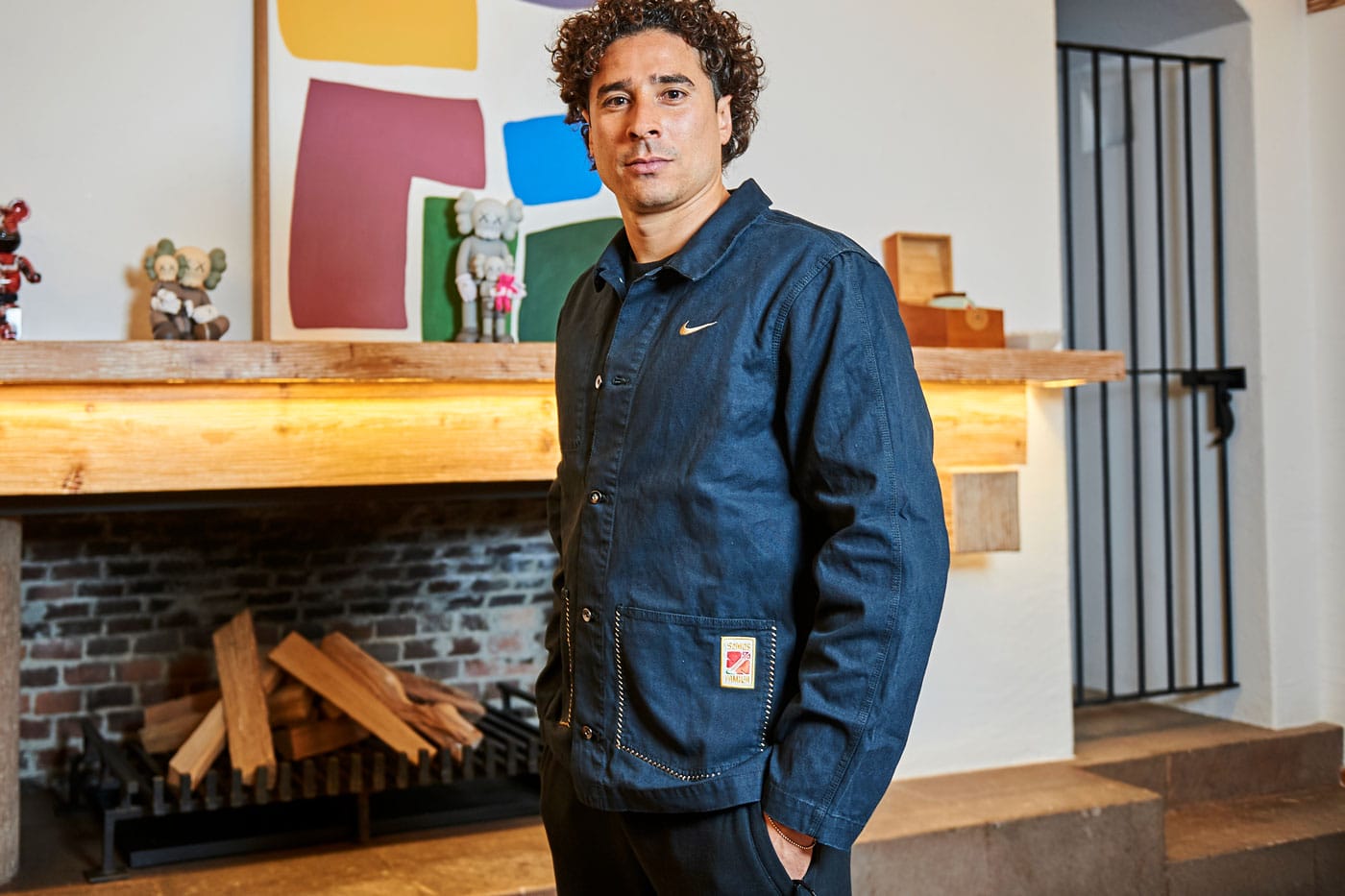 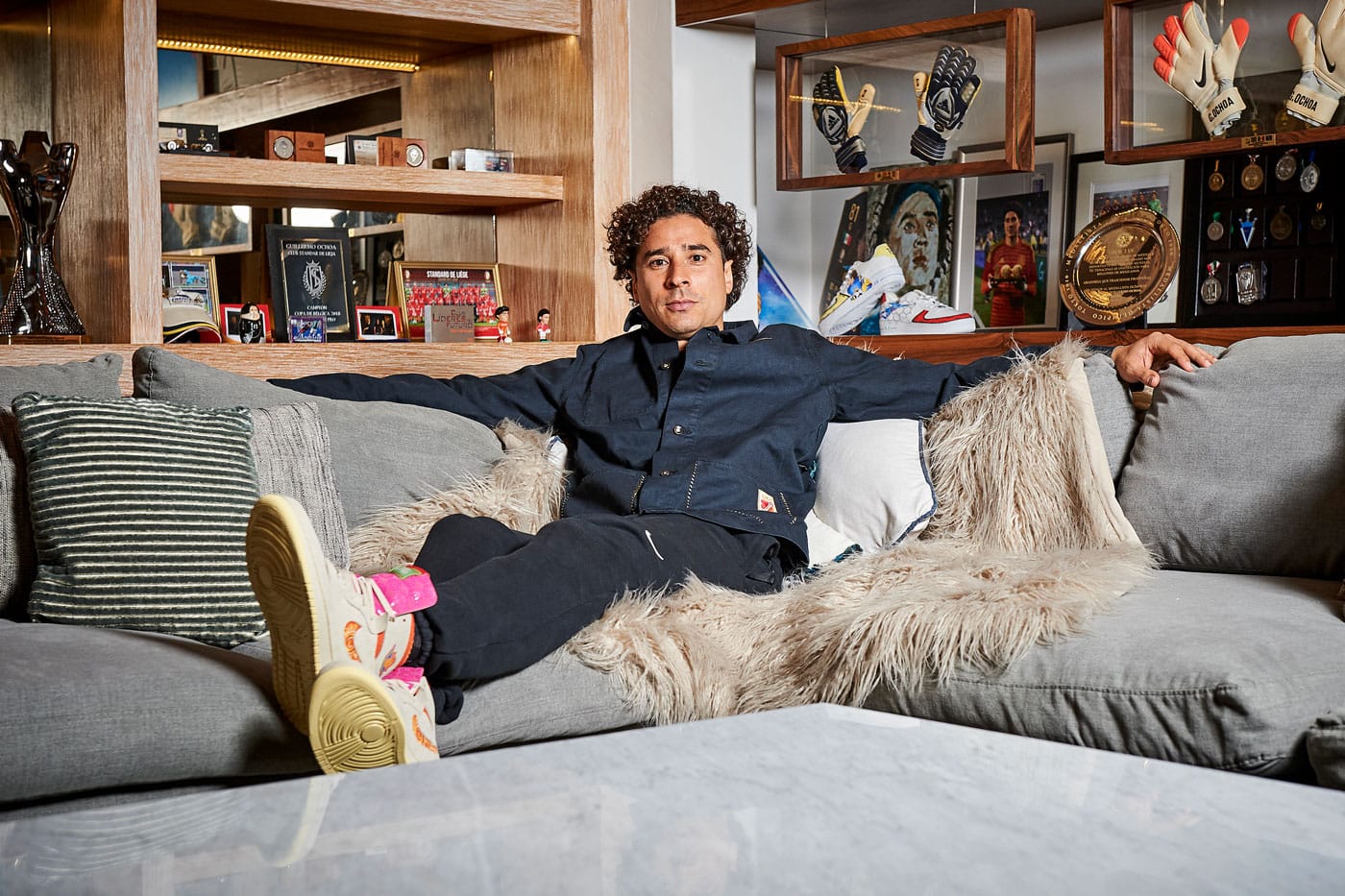 I always bring a travel-size bottle of my own perfume. Smelling good is very important to me. I made it in collaboration with a group of experts at Perfumérica. We took time to find the right notes that reflected my personality. It’s a new way for me to connect with the fans.

I’ve always been into gaming. I really enjoy having a device to play with even when I’m not home. When lockdowns started my wife suggested I should give Twitch a try and now it’s a new way for me to connect with my fans. I go live and interact with them in a way that was not available a few years ago.

These are the official gloves made for the Qatar 2022 World Cup. I’ll be using them for the first time when we play vs. Poland. I’m the only goalkeeper in Mexico that will wear these gloves, so I hope they bring me good luck in the coming days.

I keep this as a good luck charm. I have it with me at all times and I keep it in the locker room during games. I’ve kept on adding items to it over the years. It’s got a Christian cross, as a symbol of my faith. A Virgen de Guadalupe pendant. The Olympic Rings as a reminder of my medal. And a little red hand that was given to my daughter as a birth present for protection and good fortune.1 of 5 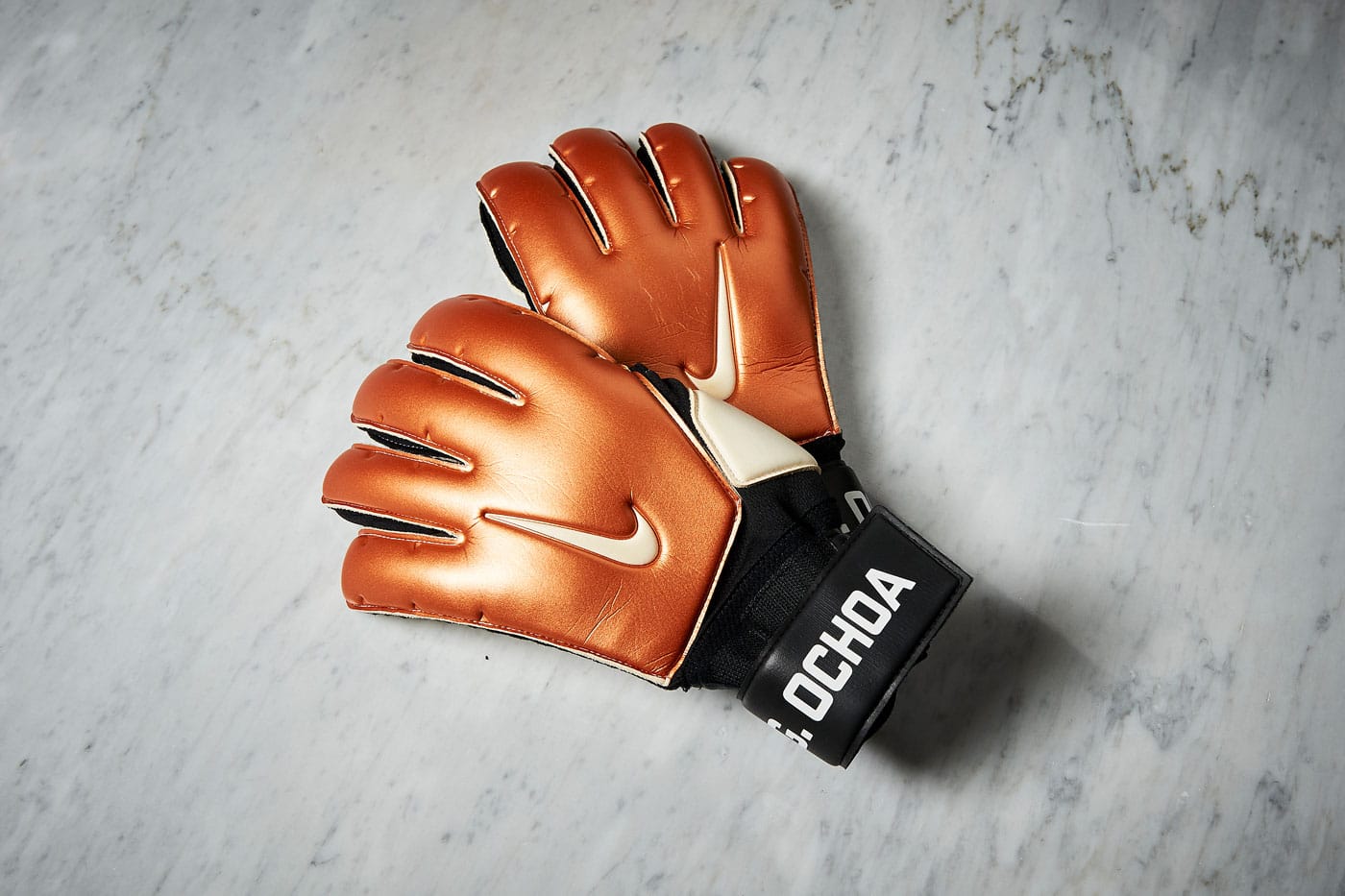 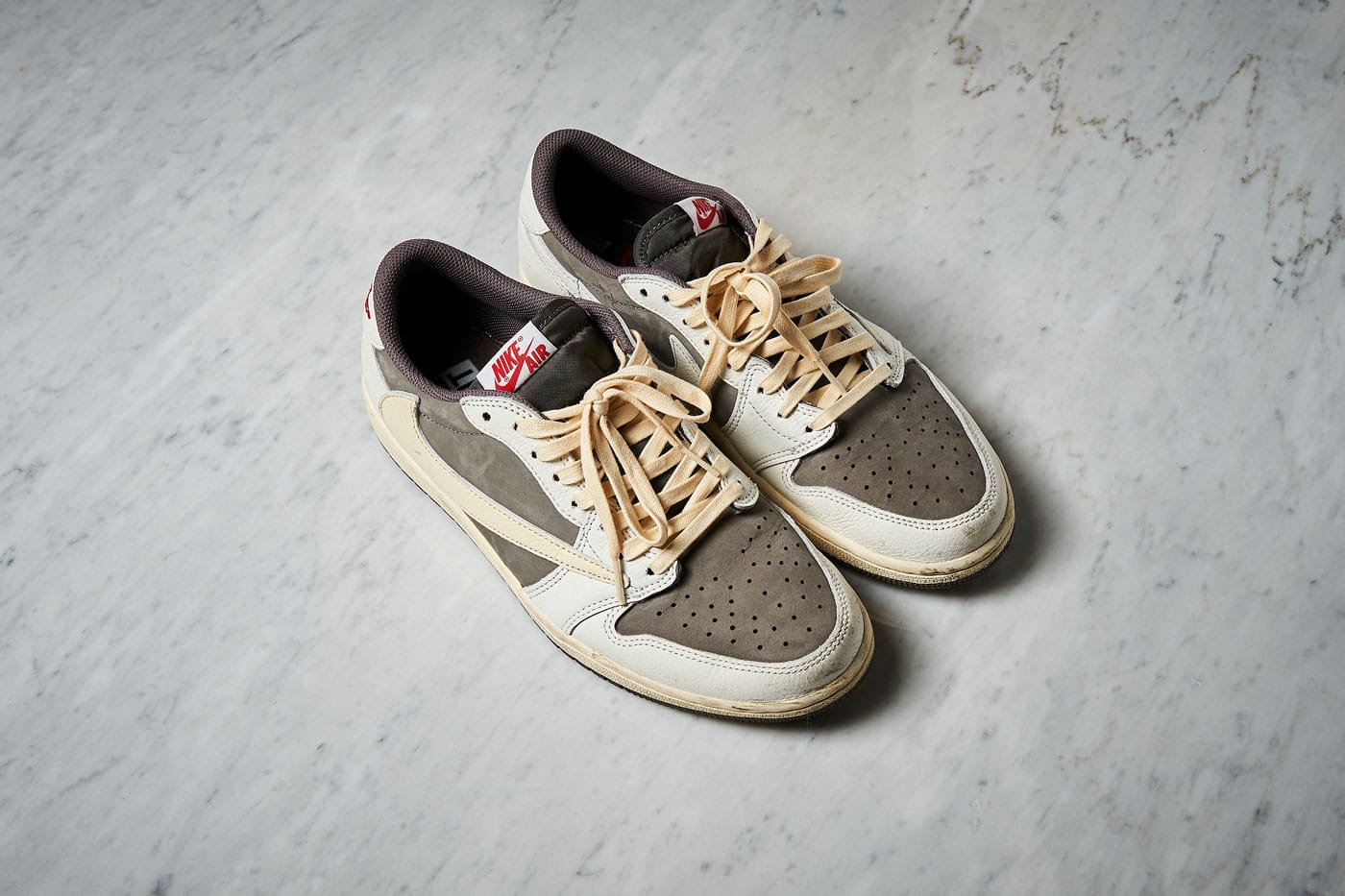 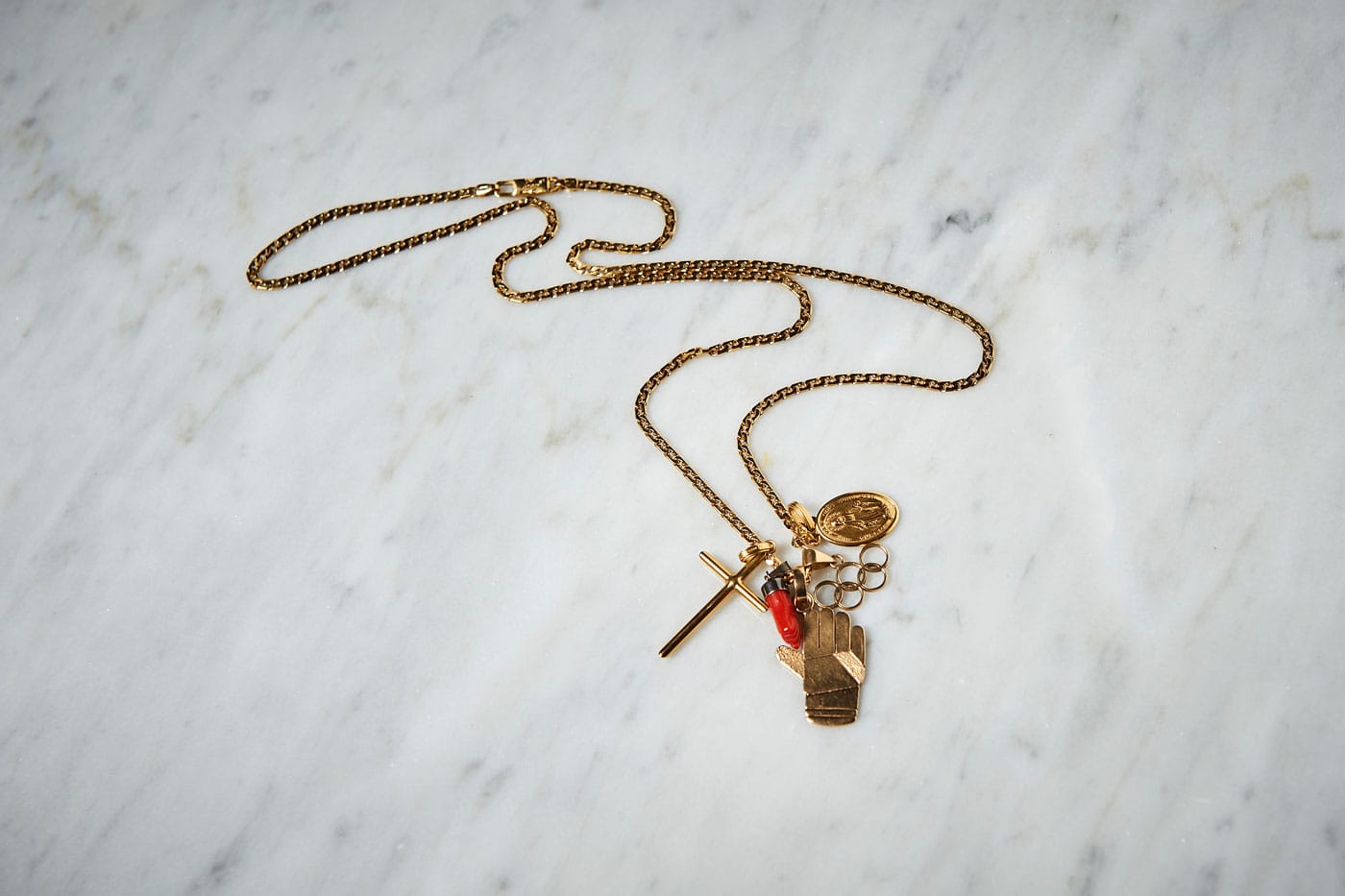 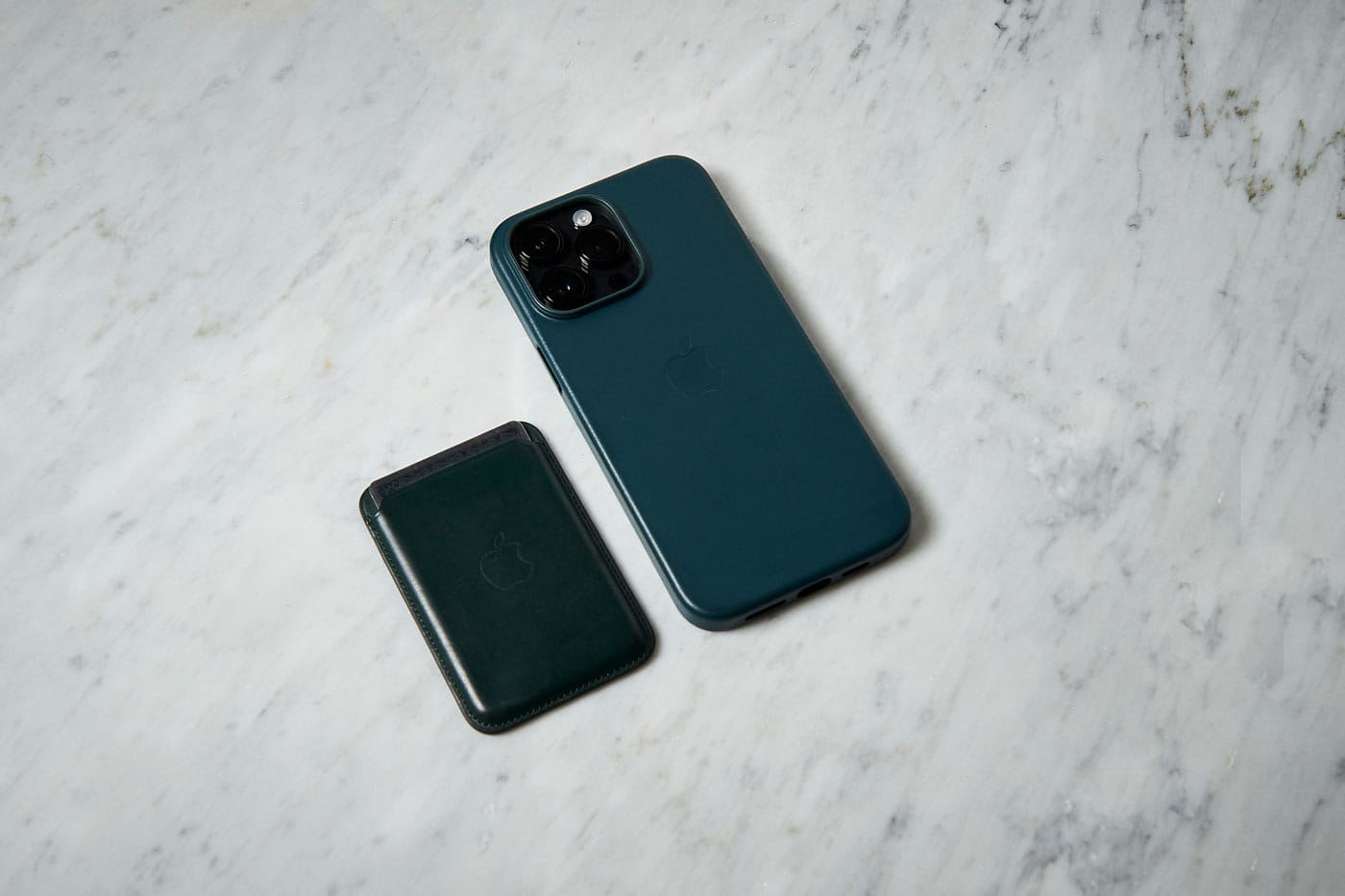 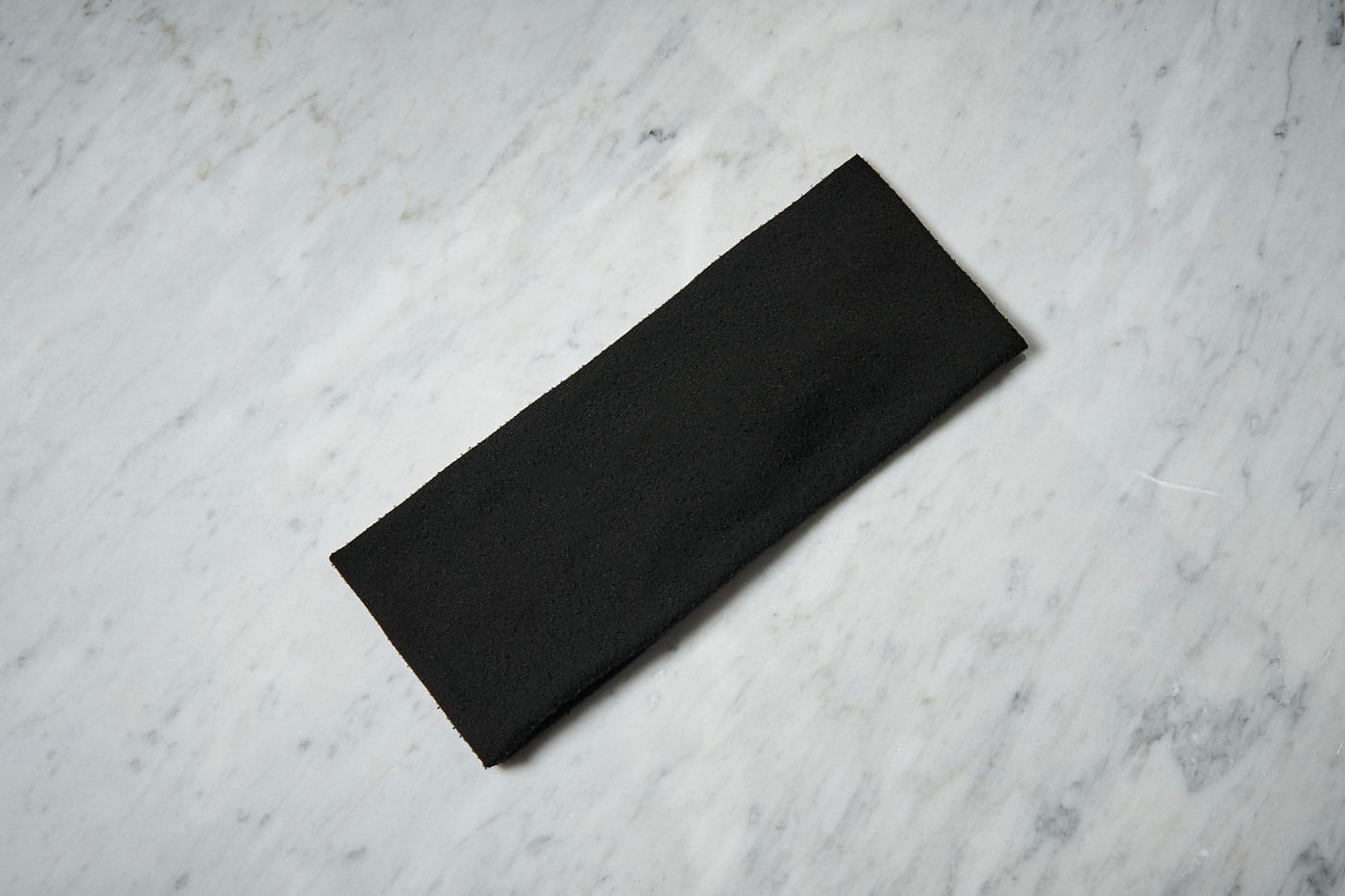 The hairband has become one of the most iconic pieces in my wardrobe. I’ve tried a lot of different brands and I decided to make my own. I need them to be cotton-made, thicker in the front for my hair to stay back, and thinner in the neck for comfort.

This is a very demanding and stressful profession. More than most people would imagine. So, it’s not always easy to go to bed and sleep like a baby. If I don’t sleep well, I can feel it the next couple of days during training sessions. Therefore I try to have a set of tools that guide me and help me get the most effective sleep I can get.

Due to my profession, I’m always in sneakers. I’ve only got two pairs of dress shoes in my closet actually. I wouldn’t consider myself a sneakerhead but I try to get the silhouettes I like the most. When I first saw these Travis Scott I wasn’t able to get them, but eventually, a friend of mine helped me get them and now they’re one of my favorite pairs.

I like different styles of sunglasses like the Ray-Ban Aviator silhouette or the sporty ones like Oakley. But these are really special to me. They’re a present from my dear friend Checo Pérez and I try to keep them in my rotation.
Source: Read Full Article