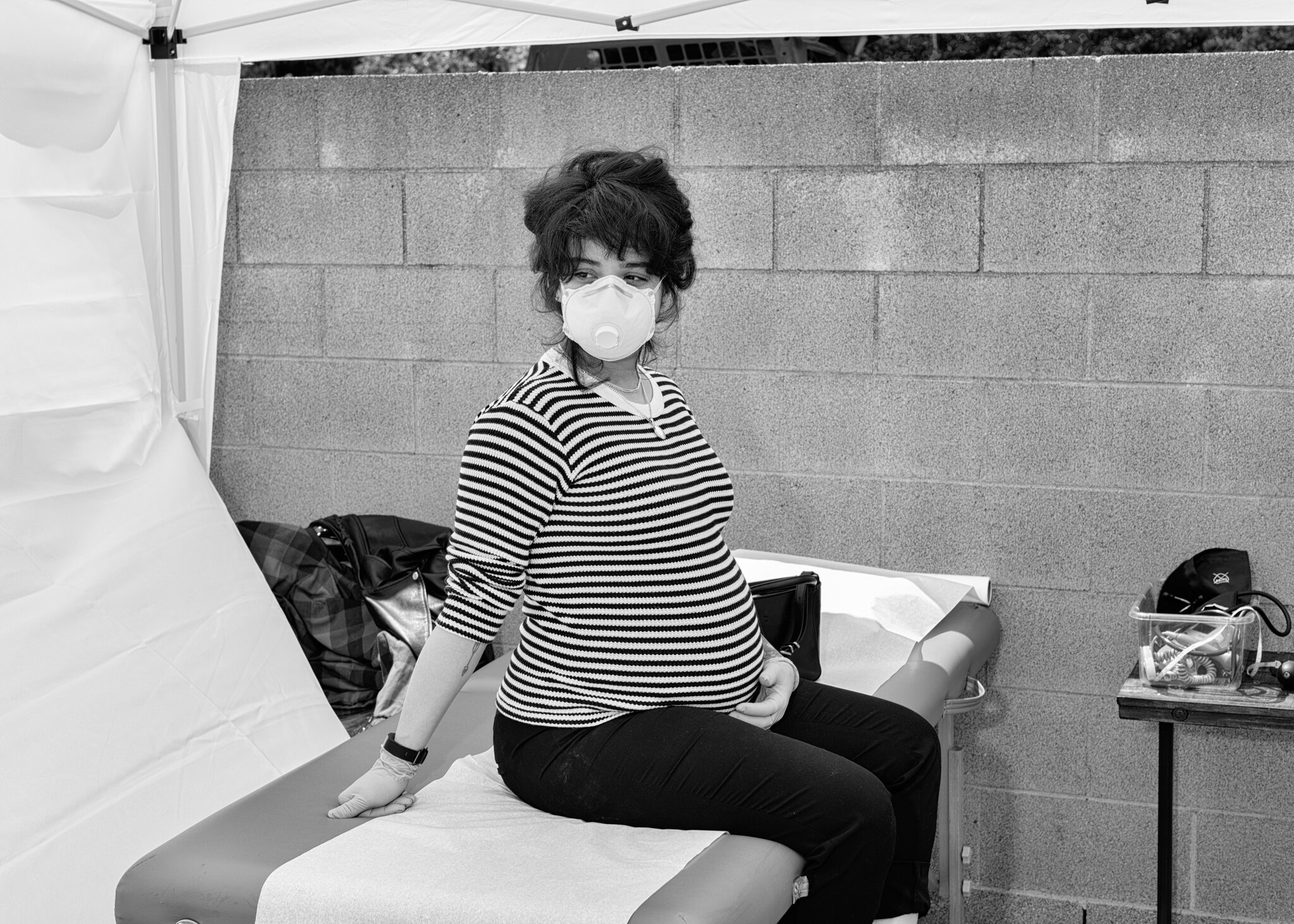 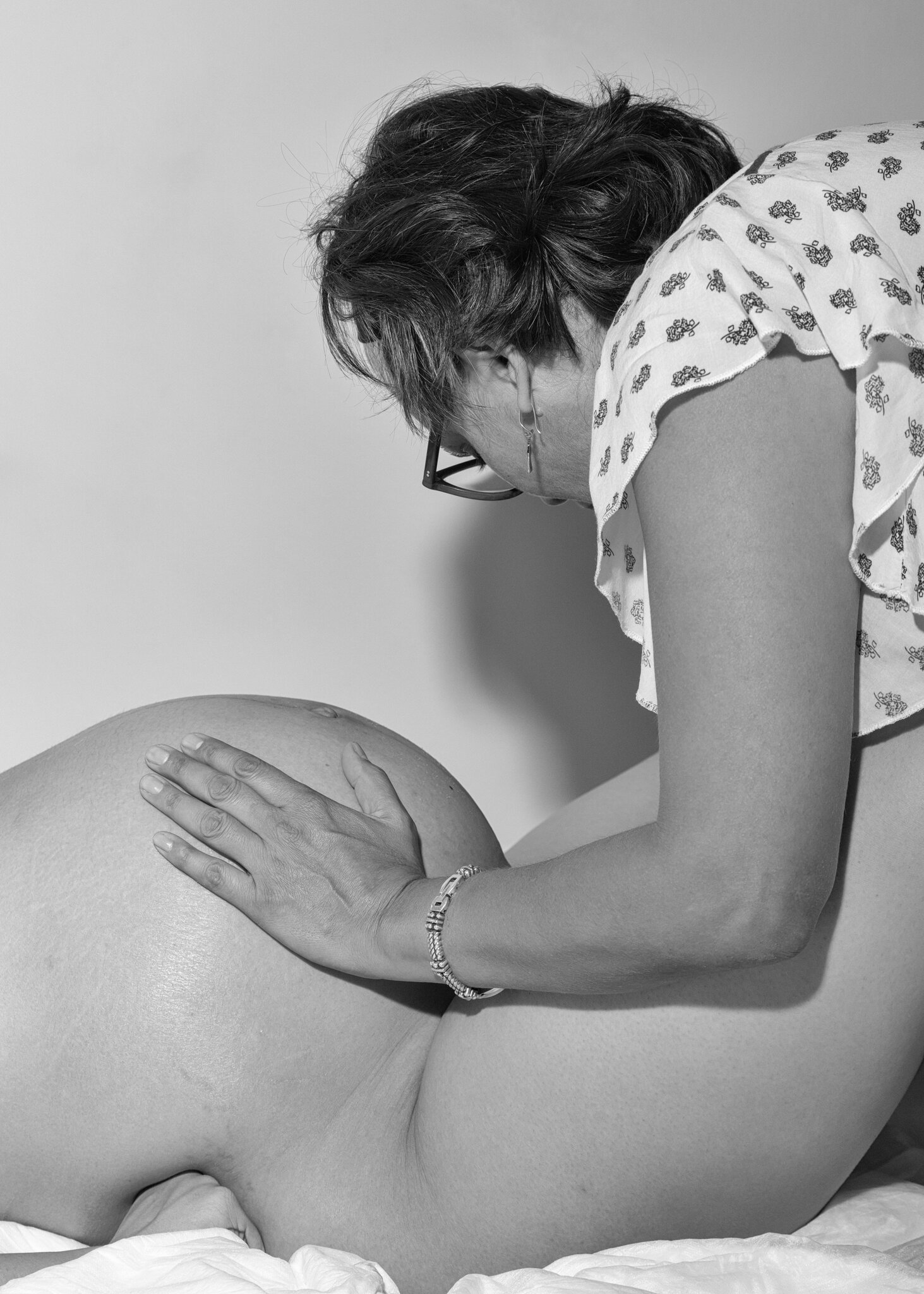 Powerful images of midwives in Los Angeles, as demand for their services rose during the pandemic. 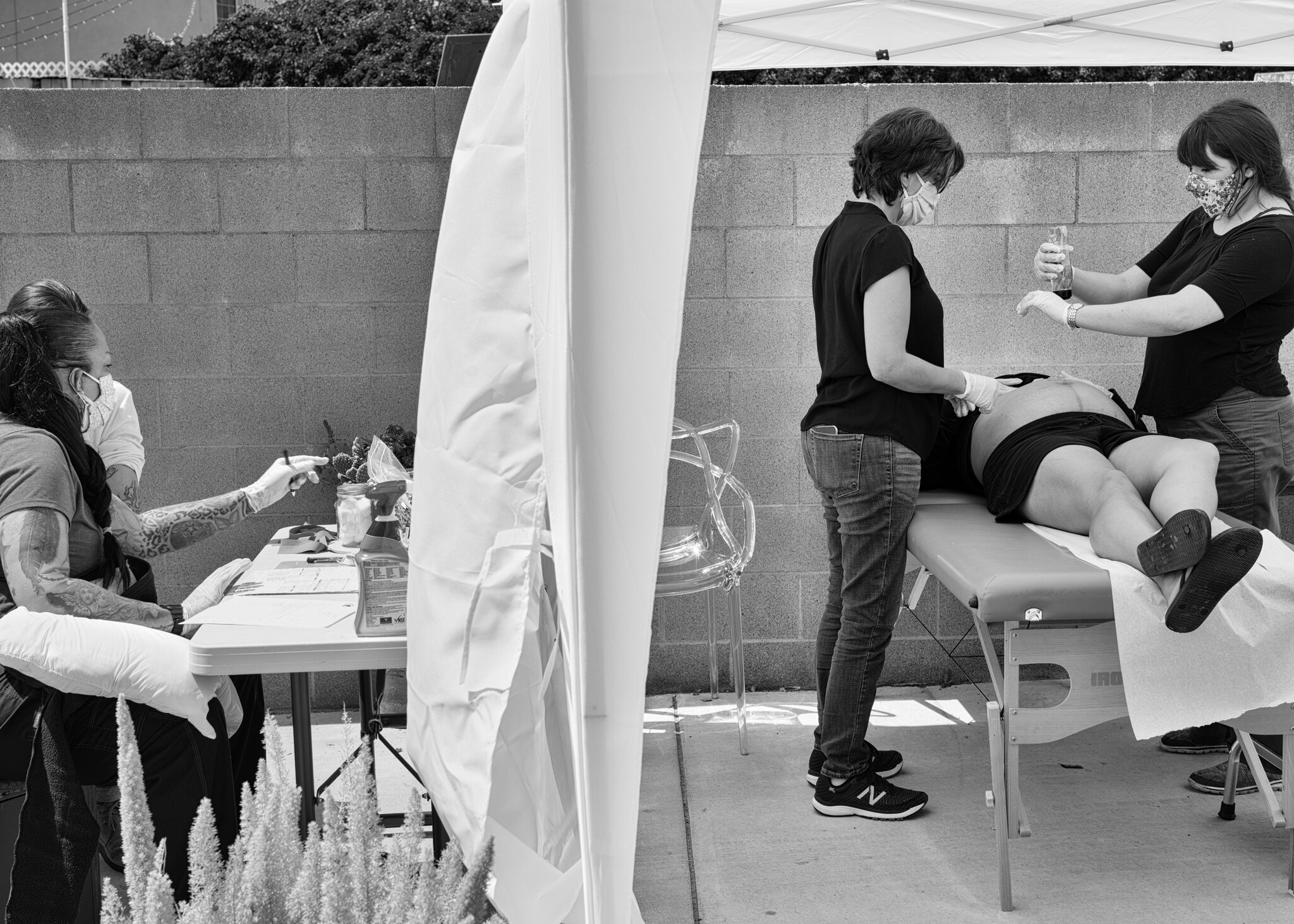 Taylor Almodovar was in her third trimester of pregnancy and becoming increasingly uneasy. In the spring, as she watched the pandemic unfold from her home in the Silver Lake neighborhood of Los Angeles, she began to worry about giving birth at a hospital: Would her husband be banned from the delivery room? Would her baby be taken to a separate room if she tested positive for Covid-19?

“I didn’t want the hospital telling me what to do or making the decisions for me,” Almodovar said.

So she contacted a midwife and began exploring the possibility of having her first child at a birthing center. It was not an easy decision. Almodovar, 30, ordinarily would have planned to deliver at a hospital. But for her, and many other women across the United States, choosing to labor in a more permissive setting felt like one way to regain control at a time when so much had suddenly become uncertain. 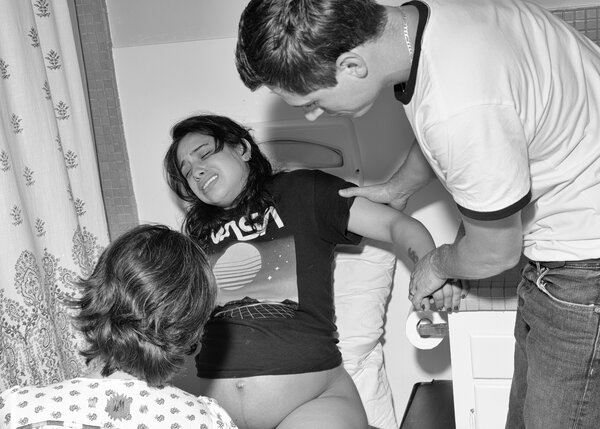 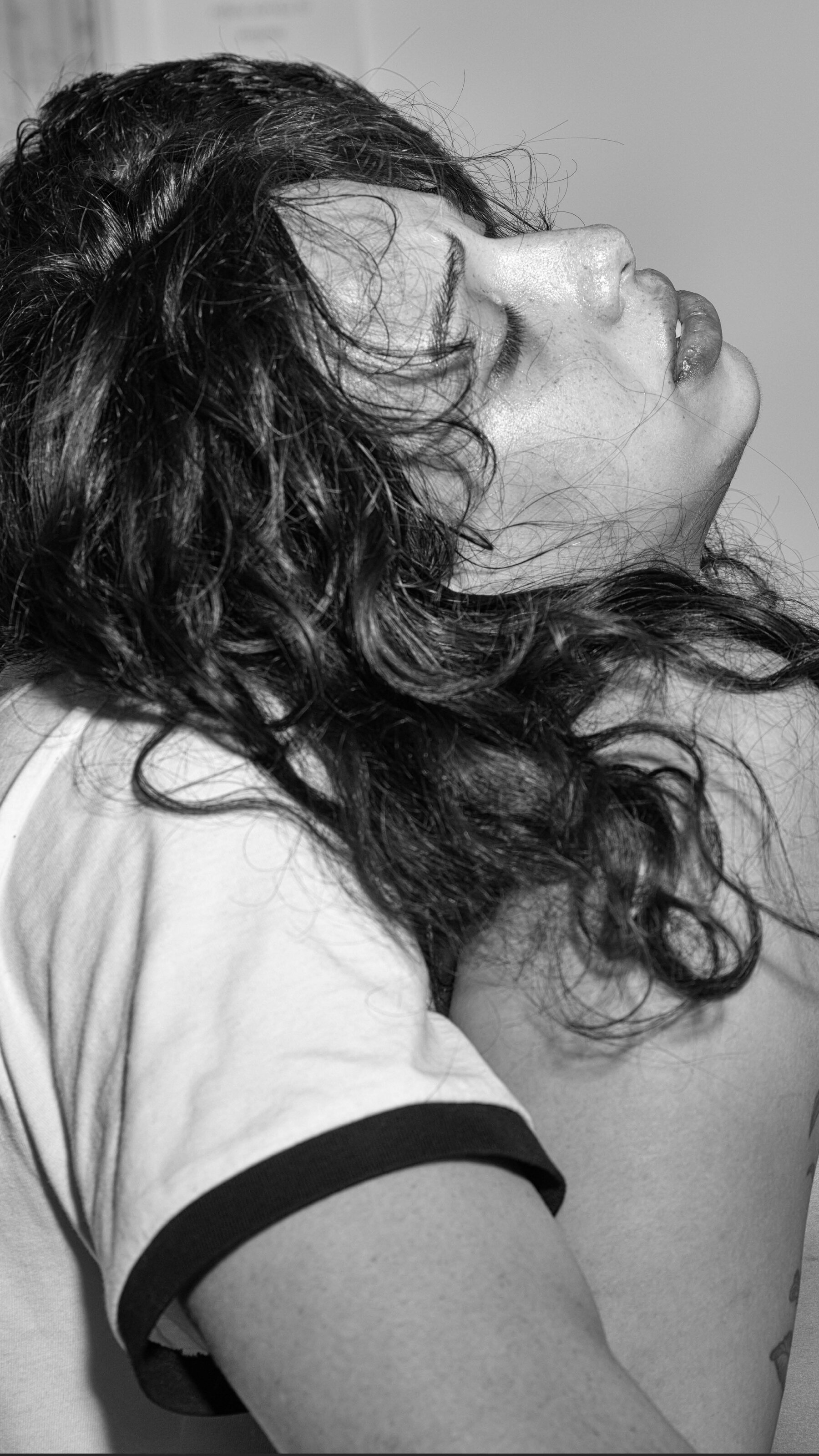 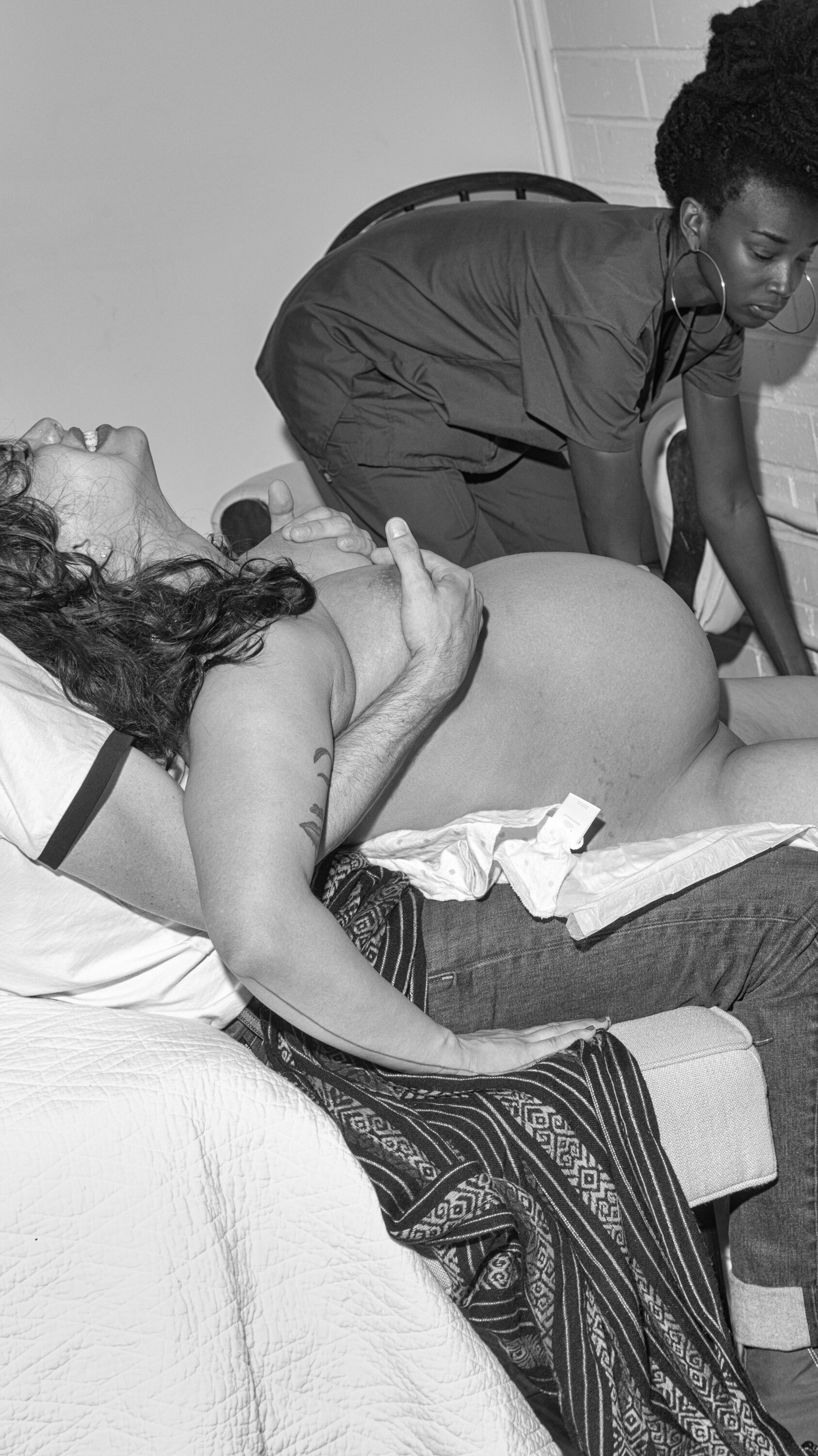 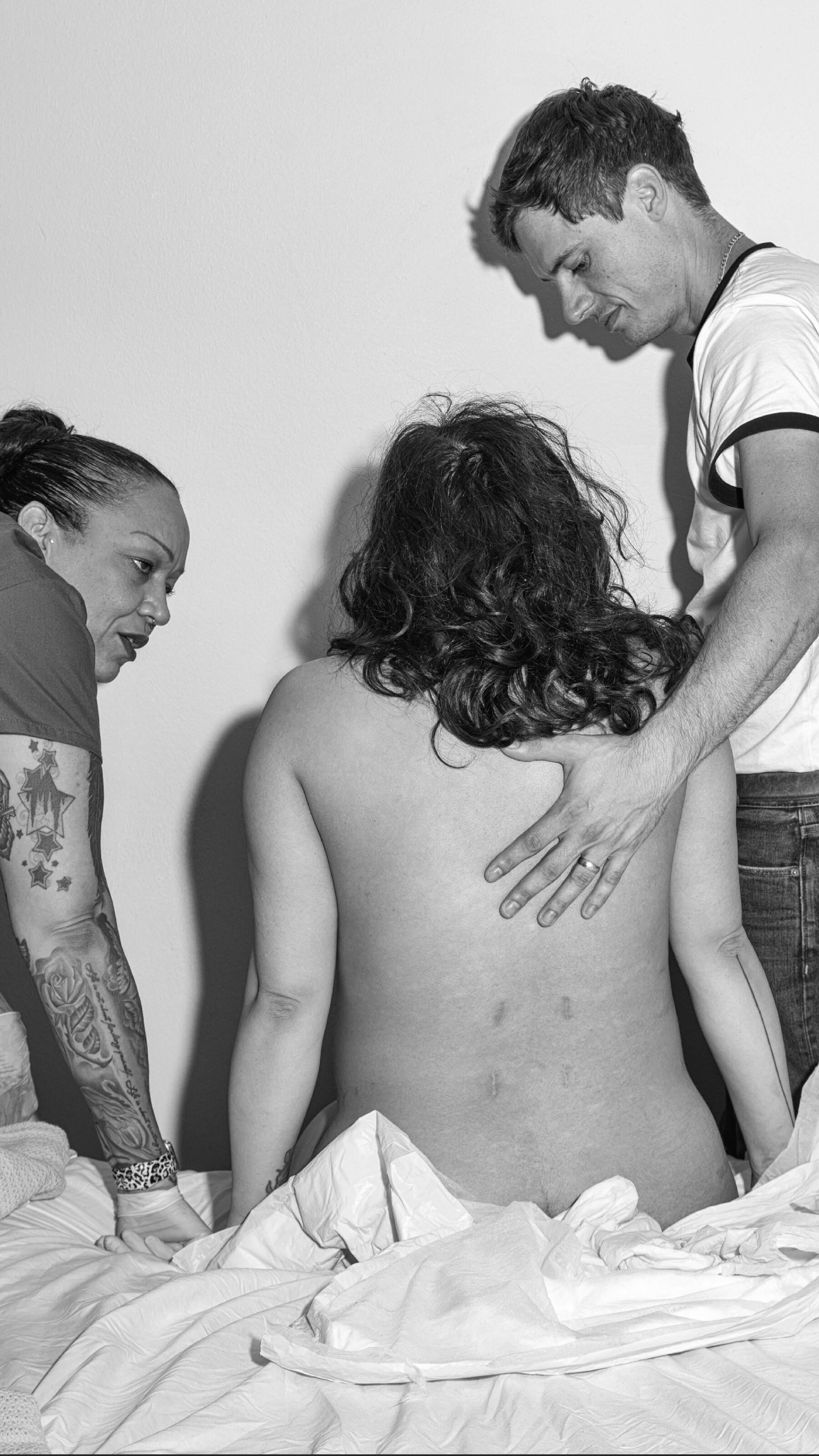 Exhausted, Taylor Almodovar labored for hours at a birthing center in Arcadia, Calif., while being supported by her husband, Justin Gardner.

Almodovar tried different positions to help speed up her labor.

Eventually, she decided to leave the birthing center and go to a hospital. Perez and her team helped Almodovar get in her car.

The midwives we spoke with in Los Angeles County said they have seen an increase in demand for their services during the pandemic; even as California started to reopen.

Chemin Perez, a midwife and owner of New Life Midwifery in Arcadia, Calif., said that she currently has a waiting list of a dozen potential clients.

During the spring, Perez conducted all of her prenatal visits in tents that she set up each day outside of her birthing center. (This lasted for about eight weeks, until the weather warmed and the tents became too hot.)

On some days, Perez would see 50 people in four hours — about three times as many as she would see in an entire day before the pandemic.

Perez, her staff and a handful of student midwives also set out bins of clothing, water, food and toilet paper so that her clients, most of whom are low-income, could grab whatever they might need to take home.

“There was joy for a community coming together, but also sadness because this particular group of women wouldn’t be birthing in a normal time,” Perez said. “The hardest part is trying to create normalcy.”

In June, as the temperatures rose, Perez started renting a nearby office space to conduct prenatal visits so that she could continue to limit the number of people traveling into and out of her center, which she had reserved solely for childbirth.

Maggie Shannon, 32, a Los Angeles–based photographer, captured the work of Perez and other midwives, including some of their clients, in a series of images during the spring and summer.

“I’ve never documented anything with so much emotion in it,” Shannon said. “Not only extreme pain, but also extreme joy.” 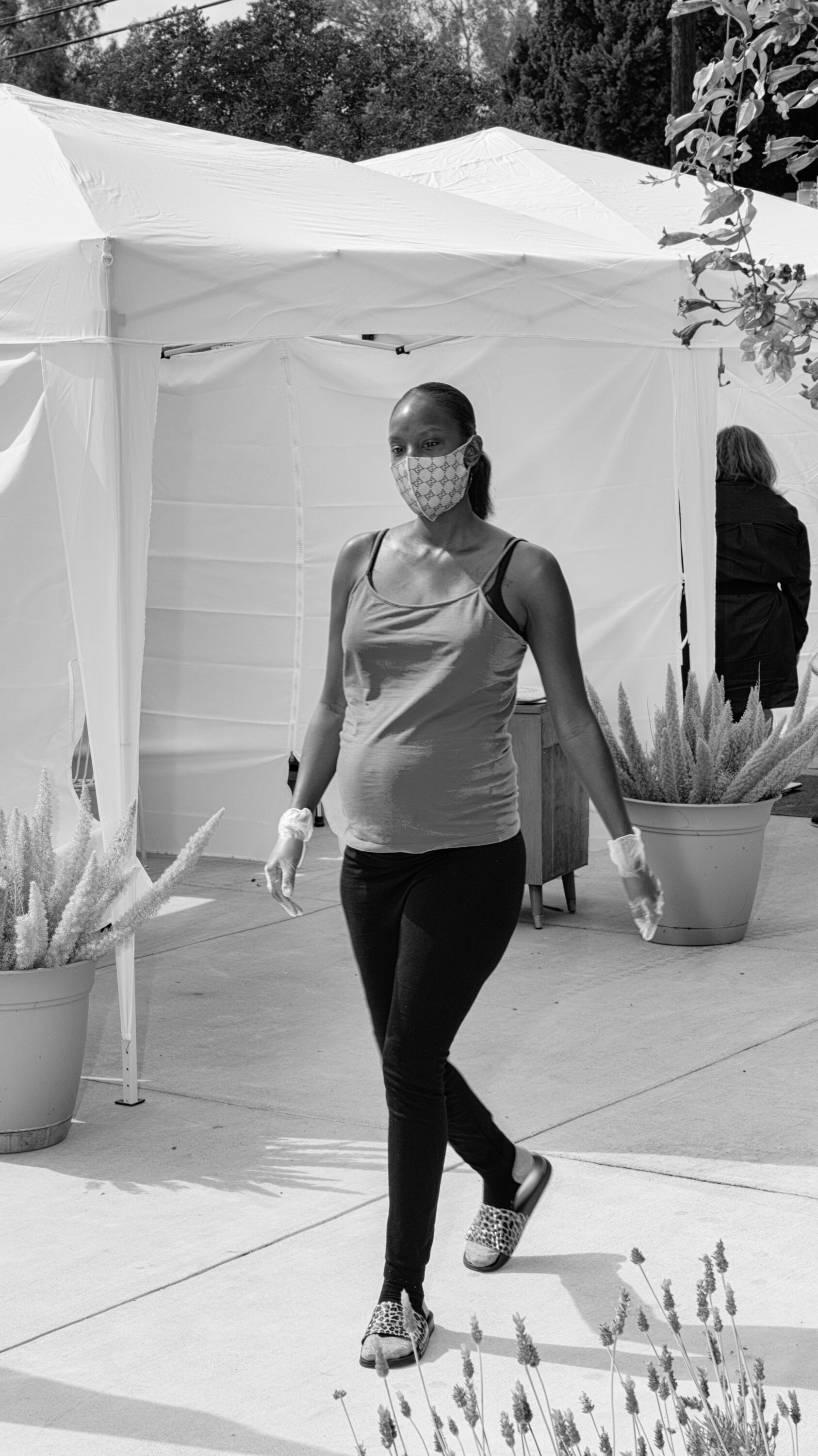 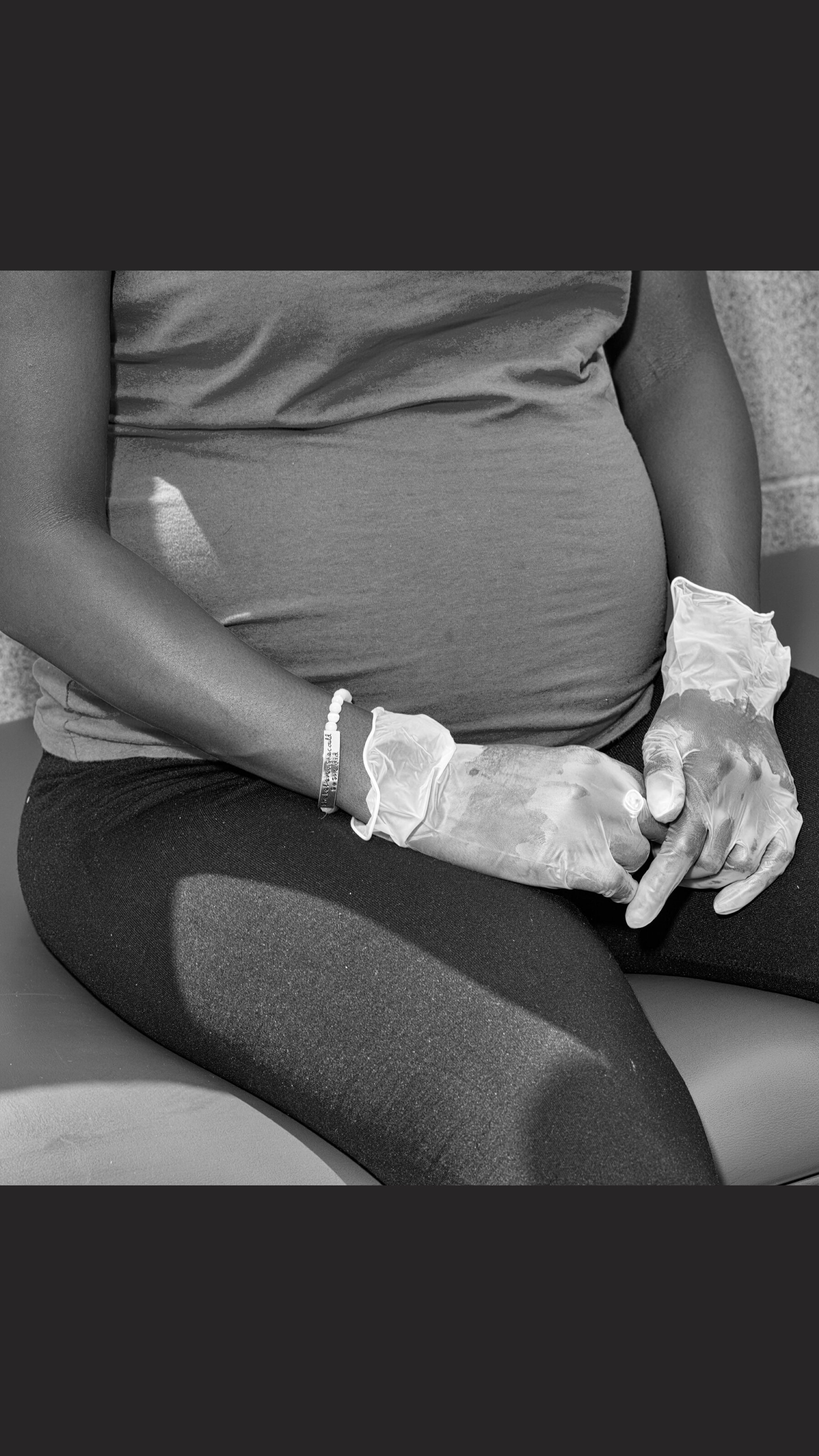 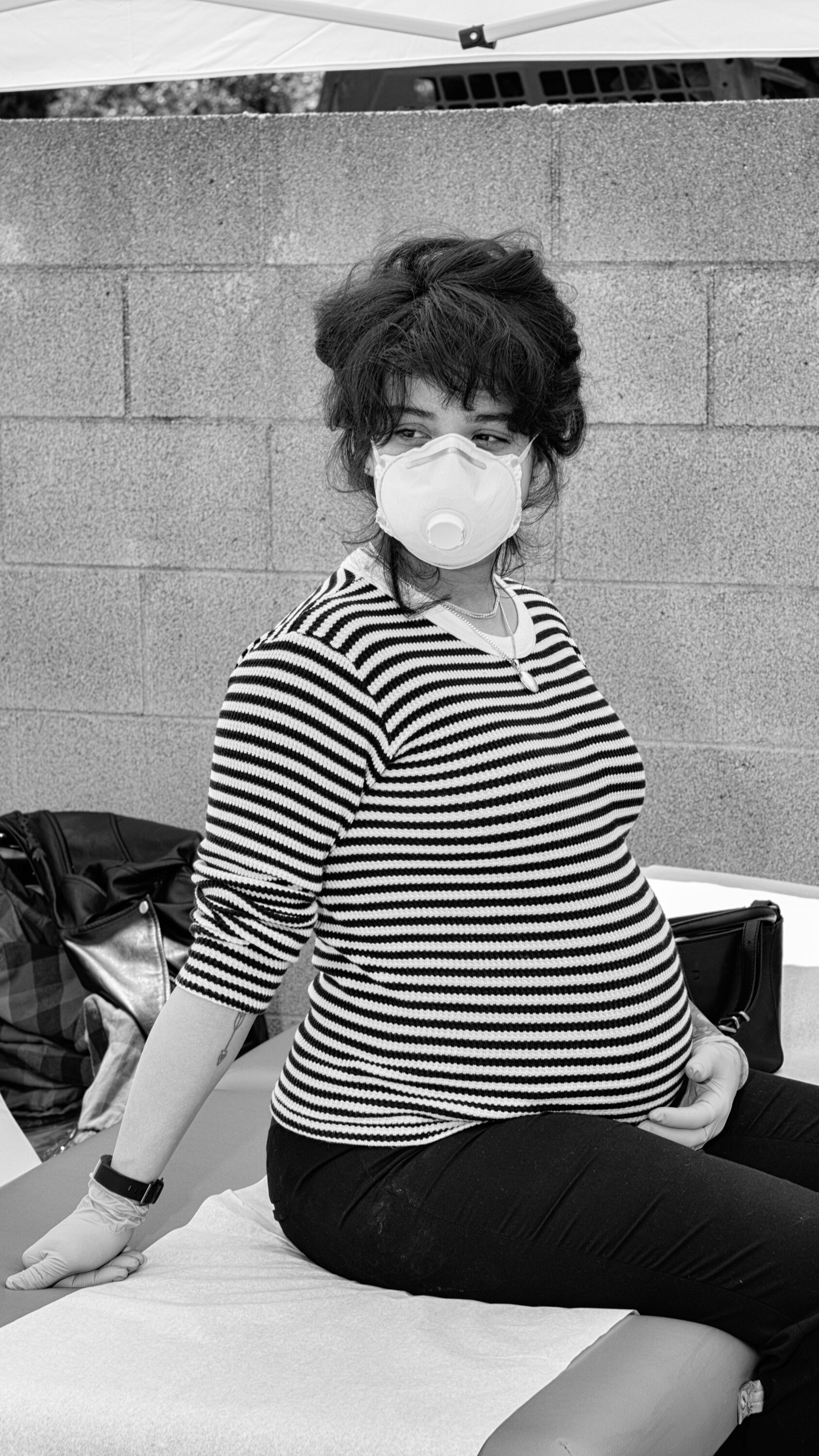 Perez performing a prenatal checkup on Jolisa Armstrong. During the spring, Perez held all of her prenatal appointments in tents outside of her birthing center.

Almodovar waiting for her checkup.

Jessica Diggs, who has owned her midwifery practice for about a year, said that at one point this spring she was fielding 10 calls per day from women who were interested in home births.

For Diggs, the inquiries have tapered off since then, but, she added, “Covid has definitely been a catalyst,” and “a boost to everyone’s careers.”

Naomi E. Drucker, another midwife who works in Los Angeles, said she has also noticed a surge in requests. Women want to ensure that they’ll be able to have some leeway with their birth, like the ability to move around freely during labor; to bring their partners and other support people; and to breathe without face masks, she added.

“It’s still the case here in L.A.,” Drucker said recently. “There’s still a sense of not knowing what is going to be coming around the corner.”

What was notable to Shannon, the photographer, was how different each mother’s experience had been. Especially striking, she said, was “the strength in women,” both on the part of the mothers and the midwives, regardless of what happened during each mother’s labor.

“It felt very special that I could be there to document that,” she said.

Tsune Brown, 29, who gave birth to her second child, a boy, at the end of May in a birthing pool, was one of Shannon’s most memorable subjects.

“I don’t normally cry when I edit photos, but going through the images of her birth brought me to tears again,” Shannon said.

Brown had always planned to have her son at the same birthing center she had used to deliver her daughter about a year and a half ago. Brown’s partner, Shalom Montgomery, 30, was able to attend the birth, and help guide their son out of the birth canal. She was not required to wear a mask.

“It’s really intimate,” Montgomery said, and also nerve-racking, he added, “just knowing that I’m the first one touching him.” 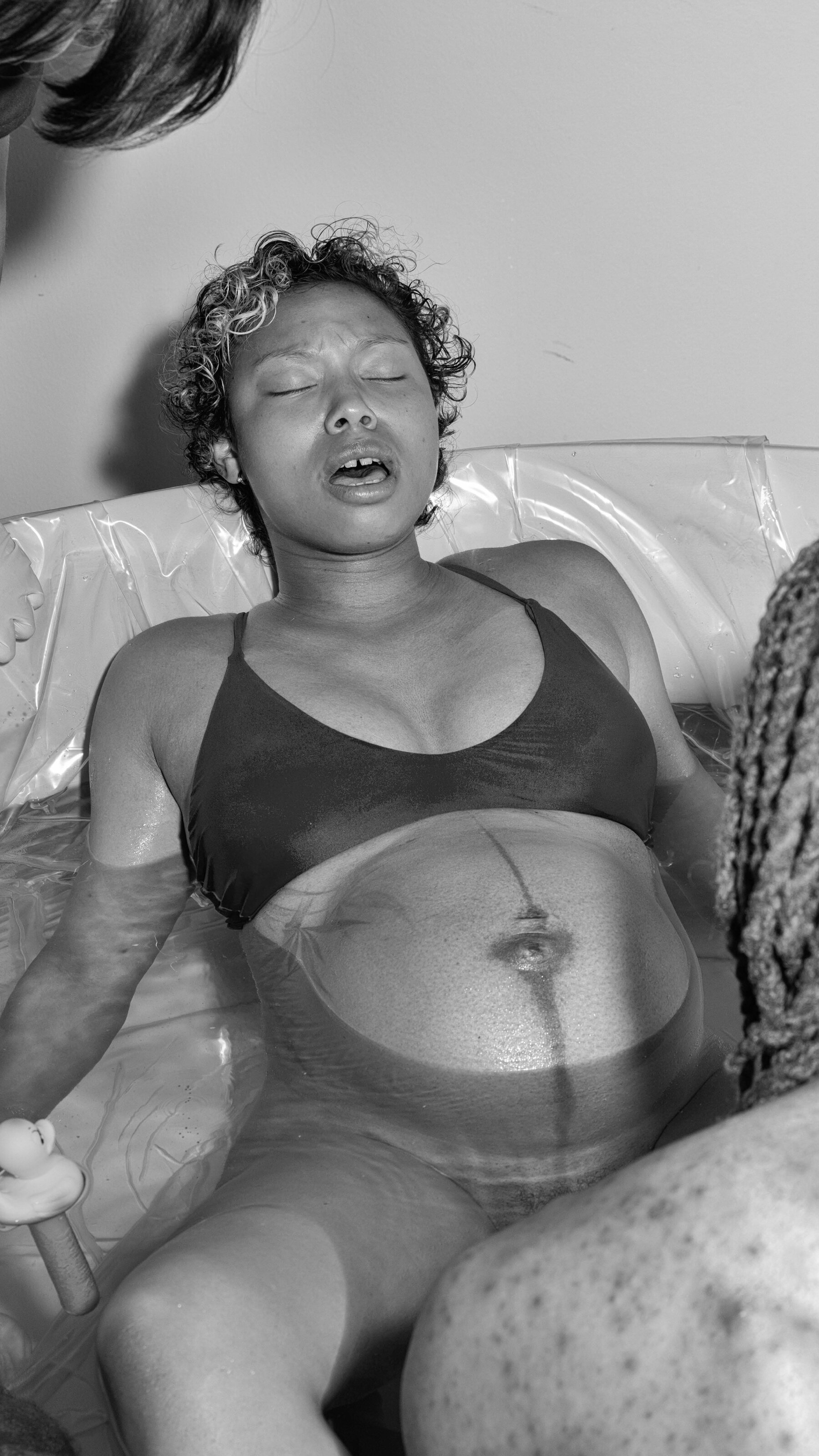 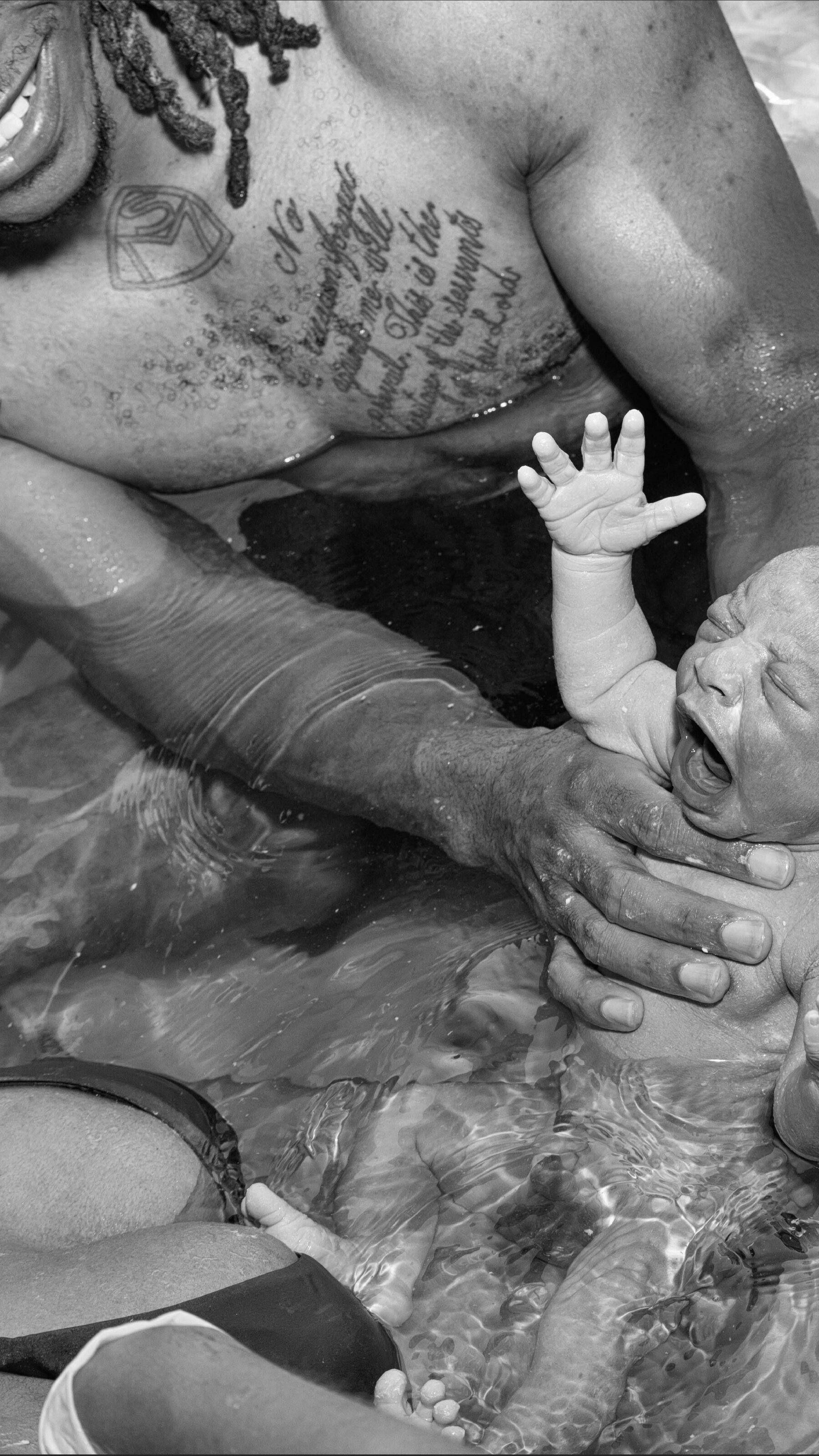 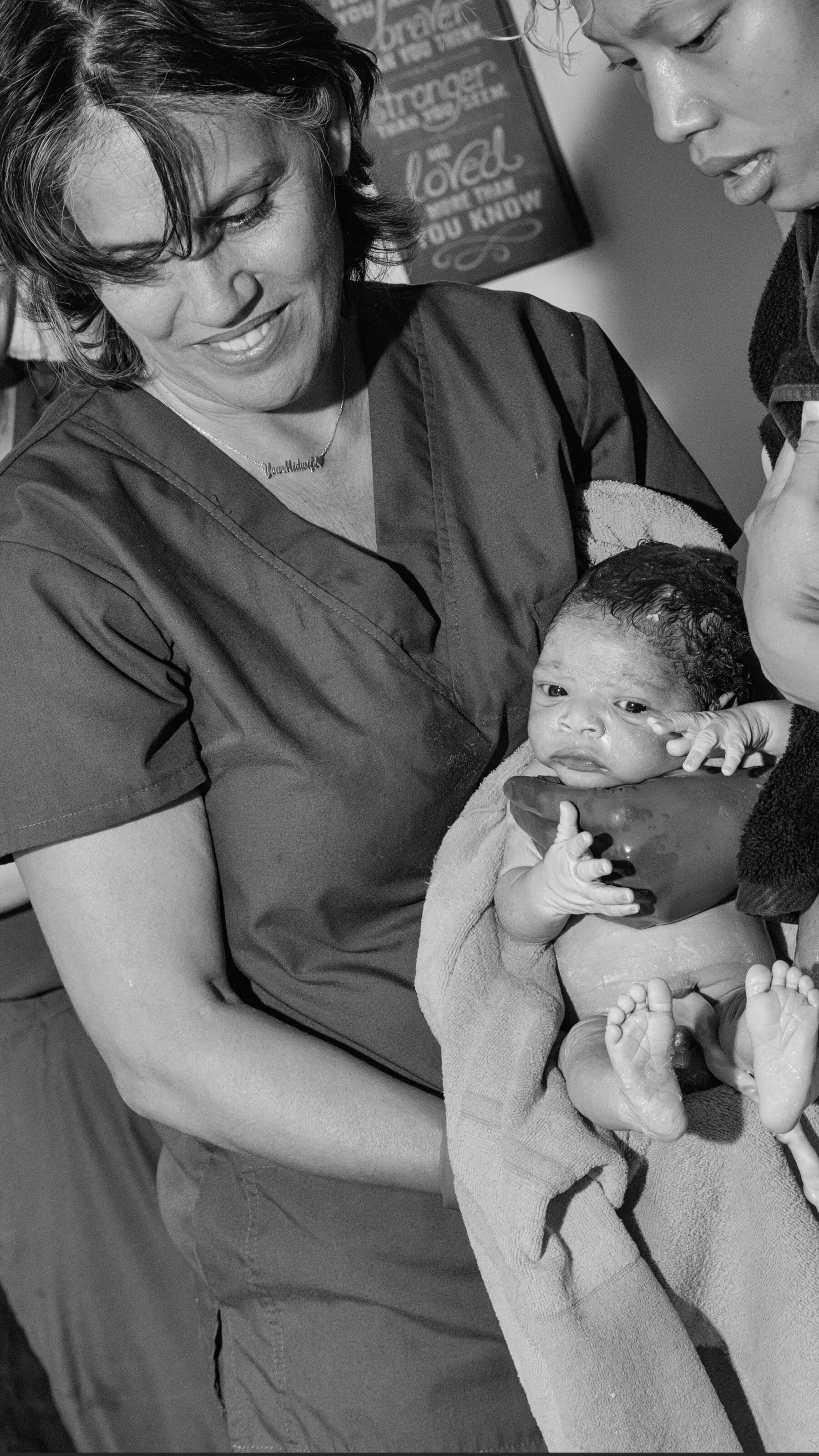 Tsune Brown laboring in a birthing pool at the New Life Midwifery birth center. Her partner, Shalom Montgomery, in the foreground, would eventually guide the baby out of the birth canal.

Perez, second from left, and her students moved Brown and her newborn to a bed to birth the placenta.

Unlike Brown, Almodovar did not have the unmedicated birth she had hoped for. She labored for 17 hours at Perez’s birthing center, but the baby wasn’t progressing. Eventually, she decided to go to the hospital.

Panicked, she and her husband raced to the entrance and accidentally left their hospital bag in the car.

But once she was there, she said, “I felt really safe.”

After getting an epidural, “I felt calm and I felt at peace,” Almodovar said. “I was not worried about Covid at all, I just didn’t even think about it.”

She pushed for eight hours, but the baby, while not in distress, was not descending. The nurses told Almodovar that she could either keep pushing or choose to have a cesarean section. Eventually, Almodovar opted for the surgery and delivered a healthy girl.

Now, three months later, her scar is a little sore, but she’s otherwise feeling well. She said she doesn’t have any regrets about having gone to the hospital, and has found some solace in having retained control over her birth plan.

Another mother, Jes Anderson, had also tried to do an unmedicated birth, but was similarly transferred to the hospital after her labor didn’t progress. Her midwife, Drucker, had hospital admission privileges and continued to assist Anderson, who received an epidural and pushed for six more hours before delivering her first child, a boy.

“I never wanted to go to the hospital, but I’m grateful it was there,” said Anderson, who labored for a total of 31 hours.

If she has a second child, however, she said she will choose a home birth.

The chance of catching the virus worries many midwives, including Drucker, who partnered with another midwife so that her clients would have a backup in case she fell ill or needed to quarantine.

“There’s a lot of responsibility associated with being a midwife,” she said. “Just the possibility of getting sick and having to find coverage for my clients, and sort of seeing that happening among the midwives community, has been rough.”

Perez is now nearing the end of a 14-day quarantine after learning that one of her clients, who was asymptomatic, had recently tested positive for Covid-19.

“I’m willing to take a risk, because somebody has to,” Perez said.