According to CNN, Hadid said she had previously met the disgraced Hollywood executive. When asked by Judge James Burke if she believed she could be fair and impartial, Hadid replied “yes.”

“I think I’m still able to keep an open mind on the facts,” she said, per The Hollywood Reporter.

Burke then read from a list of potential witnesses, asking the jury pool if they knew anyone on that list. Hadid reportedly raised her hand and said she had met Salma Hayek, who has accused Weinstein of repeated unwanted sexual advances. Hadid is also known to be friends with model and actor Cara Delevingne, who has accused the former producer of sexual harassment. 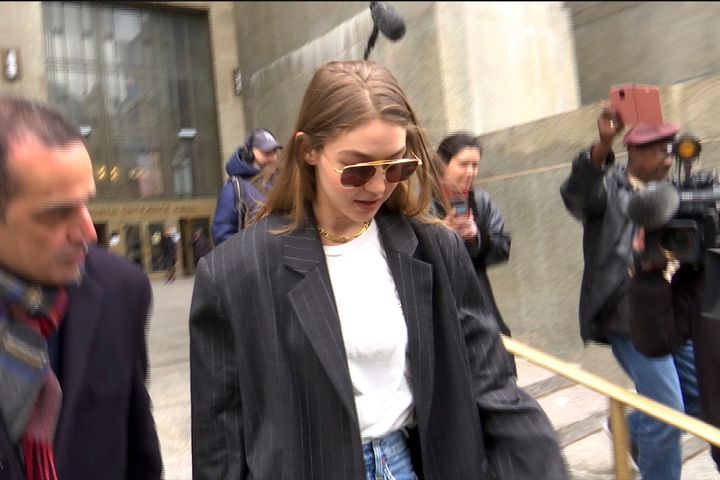 Dozens of potential jurors have already been dismissed for a variety of reasons, including an inability to be impartial or scheduling or health issues that would prevent them from serving on the case. However, the judge hopes to have a jury decided by next week.

Hadid was reportedly one of 35 potential jurors asked to fill out a questionnaire and return to court Thursday.

Weinstein, 67, has pleaded not guilty to five charges, including the alleged rape of a woman in 2013 and the alleged sexual assault of another woman in 2006.

Shortly after his trial began on Jan. 6 in New York, prosecutors in Los Angeles brought a new indictment, charging him with allegedly sexually assaulting two women in separate incidents over a two-day period in 2013.