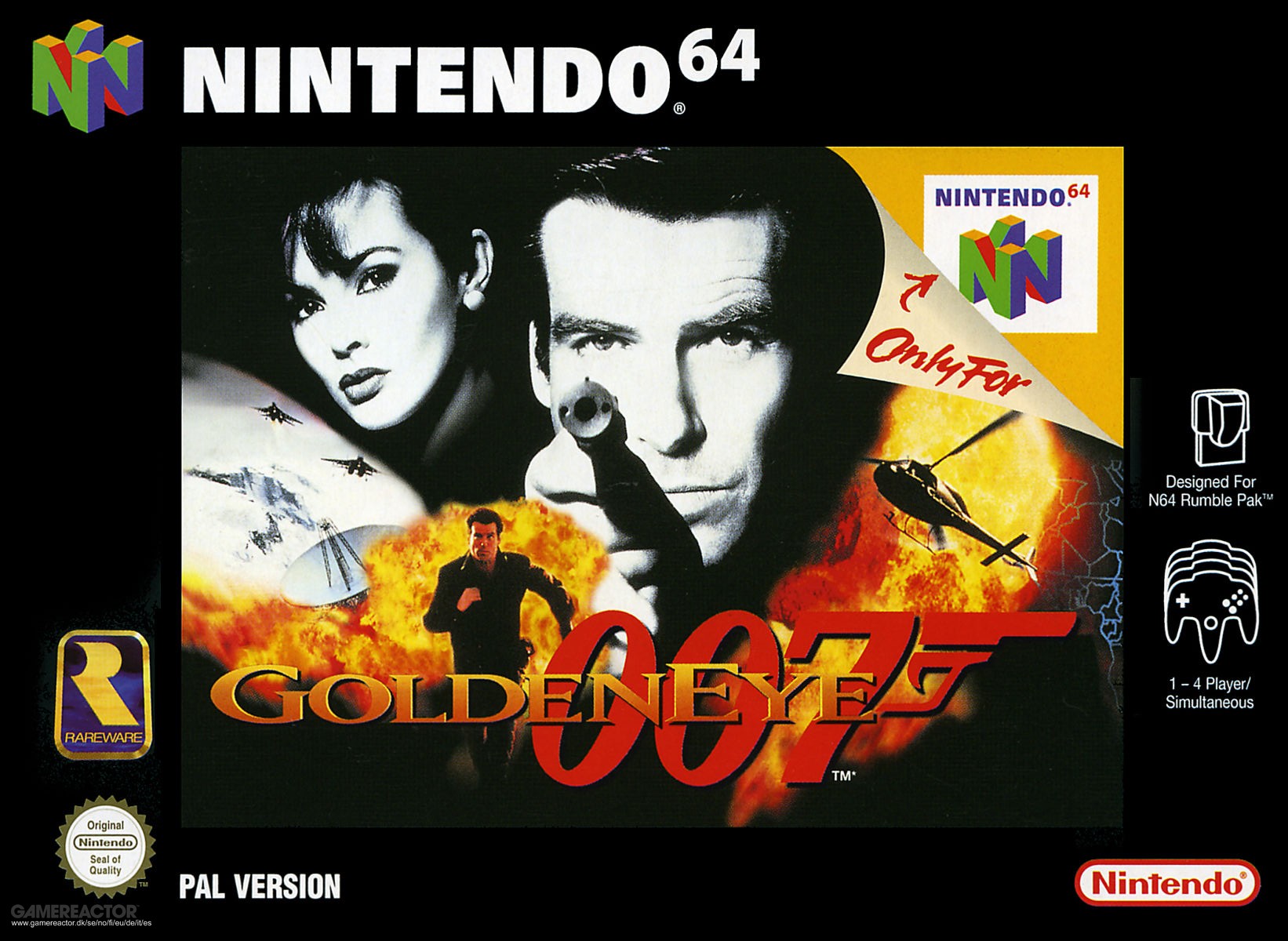 N64 classic GoldenEye 007 will be released on Nintendo Switch Online and Xbox Game Pass this Friday, but both versions are very different.

Long before Halo arrived on the scene, it was Rare’s GoldenEye 007 that proved first person shooters could not only work on a console but excel on them, with the game featuring major innovations across both the story campaign and local multiplayer.

Despite it being so influential though the game has rarely been available outside of the original Nintendo 64 version, as not only does it require the James Bond licence for it to be re-published but also the agreement of Rare, who are now owned by Microsoft.

Various attempts at remasters or remakes have been made over the years but the only one that came to pass was the lacklustre Activision one in 2010. What’s being released this week will be much closer to the original but, weirdly, it’s going to be two completely different versions for each console.

The Switch version will only be available as part of the Nintendo Switch Online + Expansion Pack subscription service, which is £34.99 a year – although there is a free seven day trial, if you haven’t used it before.

Nintendo’s version of the game isn’t much more than a port of the original and seems like it will just be released as part of the existing N64 Virtual Console. So while the resolution is higher everything else is pretty much exactly how it was in 1997.

The only major difference is that this version has online multiplayer, a feature Nintendo has added to several of its best known games on the service.

The Xbox version is the same game underneath, but it is a more involved remake of the game, although its graphics are still very basic and similar to the remake of Perfect Dark from 2010.

The Xbox version seems to be the same remake that has been knocking around since the time of the Perfect Dark one, but which Nintendo and Microsoft could never agree to release until now.

However, unlike the Switch version, there is no online multiplayer, so we’re still very far away from having the definitive modern version of the game.

The current owner of the James Bond video game licence is Hitman developer Io Interactive, who will have had to give their own permission to have these games released.

Although everyone assumes their game will share at least some similarity with Hitman they’ve never so much as hinted what it’s about or when it will be released.

Lorenz Hangs Out at the Beach for SS22

Will The Challenge’s Jordan Wiseley and Tori Deal Have a TV Wedding?