Home » Entertainment » How Much Watching Time Do You Have This Weekend?

This weekend I have … an hour, and I miss gossip 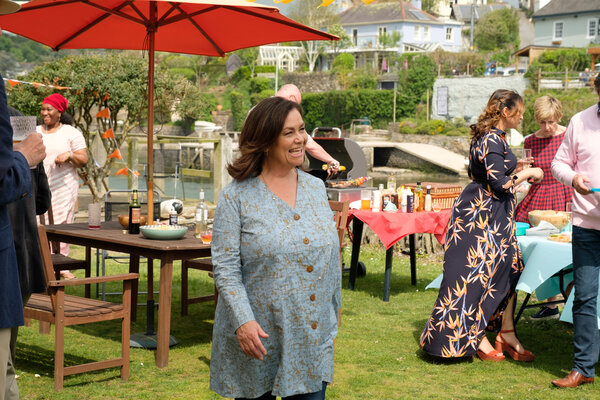 ‘The Trouble With Maggie Cole’
When to watch: Sunday at 8 p.m., on PBS. (Check local listings.)

Dawn French stars as Maggie in this light six-part drama. A local historian, she is delighted to be interviewed on the radio, only to accidentally spill all her small town’s secrets — and not just the juicy stuff, some hurtful stuff, too. “Residents of tight-knit British community deal with emotional fallout from personal catastrophe” is usually reserved for murder shows, so it’s nice to see a lot of well-earned seething without the horrible violence. If you remember what it was like as a kid to run into your mom’s friend at the grocery store and then stand there for 20 minutes while learning lots of dirt, or if you just want to wear tasteful tunics and feel free, watch this.

… two hours, and I’m a completist

HBO’s nine-part series about Nxivm ends this weekend, and Starz’s better four-part series begins. While that might be cult overkill for some, the shows’ different approaches reflect some of the exact social shortcomings that facilitate abuse, namely a reluctance to point out — and, ideally, stamp out — misogyny. “Seduced,” which centers on the story of India Oxenberg, sees that as the clear through line, whereas “The Vow” buries some of Nxivm’s most shocking teachings until its eighth episode. Many times in recent months I have wondered how so many people can believe so many lies from such obvious charlatans, and these shed some light on that.

‘Teenage Bounty Hunters’
When to watch: Now, on Netflix.

The bad news is that Netflix canceled this wonderful show, but the good news is that it exists at all. It’s quirky and naughty and funny, the show so many teen shows think they are but aren’t quite, satirical and earnest often in the same scene. The fraternal twins Blair and Sterling (Anjelica Bette Fellini and Maddie Phillips) are students at a froufy Christian high school who stumble into a side gig as bounty hunters, so there are strong “Veronica Mars” vibes. But where that show had a deep sense of cynicism, “Bounty” has an often happy whimsy to it, more adjacent to a “Pushing Daisies.” If you like banter or “Buffy,” watch this.