Home » In Crisis? Lemonada Media Has a Podcast for You.

In the middle of an online production meeting for “No One Is Coming to Save Us,” a new podcast from Lemonada Media that debuts on Thursday, Gloria Riviera, the show’s host, had to drive her daughter to school. Riviera, a former ABC correspondent, sent a flurry of apologetic chat messages to her colleagues: “I will be back on cam soon.” “V. close.”

Mickey Capper, the podcast’s lead producer, told her not to worry. “Gloria,” he said. “We love it when your life is falling apart.”

Last year, everyone’s life fell apart, at least a little. If you were a woman — particularly a woman with children at home — your life likely fell apart a lot more. This spring, the Census Bureau estimated that 1.5 million America mothers have yet to return to the work force, with women of color affected disproportionately. The American child care crisis, the subject of “No One Is Coming to Save Us,” seems insoluble. Which made it a bespoke fit for Lemonada Media, a podcast network founded in 2019 that creates feel-good stories about feel-bad issues. Most of their episodes aim to uplift, even as the subjects they discuss — self-harm, gun violence — are obvious downers. Their roster of sweet-tart shows is deeply personal, mission-driven and solution-minded.

“We had this idea about making life suck less, through podcasts,” Jessica Cordova Kramer, the network’s co-founder, explained.

Cordova Kramer, 42, got to know Stephanie Wittels Wachs, 40, Lemonada’s other founder, in 2018. Imagine a platonic, podcast-driven “Sleepless in Seattle” and you’re mostly there. “It was the saddest meet-cute,” Cordova Kramer said during a recent phone interview.

That February, on her birthday, Cordova Kramer listened to an episode of the podcast “Terrible, Thanks for Asking,” featuring Wittels Wachs. On the podcast, Wittels Wachs, then a theater director and voice actor, discussed losing a brother, the comedian Harris Wittels, to a heroin overdose.

Cordova Kramer, then a producer at Crooked Media, had also lost a brother to an overdose. Listening to the podcast, she found herself smiling. “Because Stephanie was so freakin’ funny,” Cordova Kramer recalled, “And I thought, Oh my God, maybe I can live again.”

She reached out, asking if Wittels Wachs would like to collaborate on a project about the opioid crisis. Wittels Wachs, nine months pregnant with her second child, declined. But a few months later, scrolling through Twitter while the baby played, she stumbled on a headline suggesting that overdoses had surpassed car accidents as a cause of death. She opened her email and wrote to Cordova Kramer. “I was like, the world is [expletive] terrible,” she recalled. “Let’s do the podcast.” 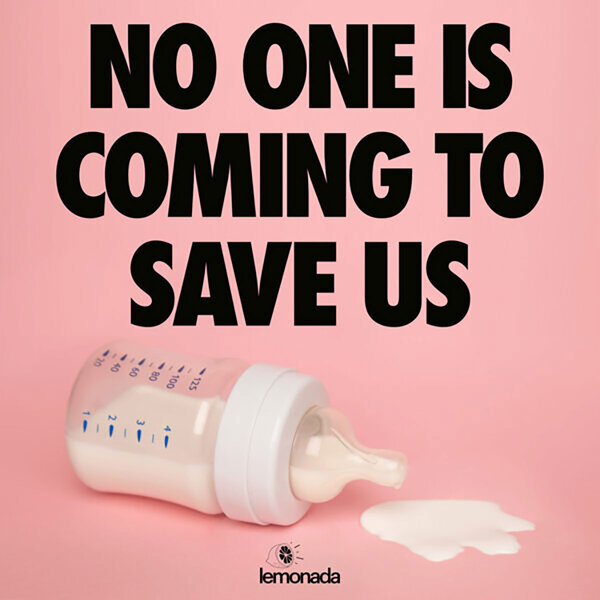 That podcast became “Last Day,” a look at opioid use disorder through the prism of a person’s last day before an overdose death. It debuted in 2019 alongside two others shows, “Good Kids,” about child-rearing, and “As Me With Sinéad,” an interview show hosted by the activist Sinead Burke. “We didn’t want to be just the opioids network,” Cordova Kramer said.

That slate doubled, then doubled again, to include shows like “The Cost of Care,” about health care, “The Untold Story: Policing,” about police violence and “Good Sex,” about, well, sex. (Crises come in all sizes.)

Neither woman had ever set out to run a media company. “But there’s this weird thing that grief does to some of us,” Wittels Wachs said. “There’s this weird freedom in it where it’s like, we lived through the worst thing that’s ever happened. If this thing we do now doesn’t work, who cares?” The network, built on shared trauma and a laugh-to-keep-from-crying sensibility, is working. It will have 20 shows available by the end of this year. The staff, which began with Wittels Wachs, Cordova Kramer and their husbands, has swelled to 25 employees.

Current shows now receive an average of a million and a half listens per month, with the company reporting consistent audience growth. Lemonada brought in $1.5 million in revenue in 2020, with triple that projected for 2021. In two rounds of financing, they have raised $2 million from the investment firm Blue Collective, plus about $380,000 from friends and family, enough to stay independent, for now.

“There’s a ton of pressure to grow and yes, lots of people like to talk about what the future holds,” Wittels Wachs said. Lemonada recently announced a subscription service, via Apple Podcasts, for $4.99 a month, to deliver bonus content like extended interviews and early access to new shows.

What makes a show a Lemonada show? The founders have a checklist. Is it about a big problem? Does that problem affect a lot of people? Can the show offer solutions? “It’s not just, This sucks,” Wittels Wachs said. “It’s like, What can we do?” At times, that doing involves big-swing policy suggestions, but most recommendations are local and limited, often attitudinal, something typical listeners might achieve.

Last winter, Neighborhood Villages, a nonprofit that pushes for early education and care policy reform, approached Lemonada Media about collaborating on a show about the child care crisis. “Lemonada’s podcasts break down the complexities of critical issues and present solutions for how we build a better way forward,” Lauren Kennedy, a co-founder of Neighborhood Villages, wrote in an email. She also liked the idea of partnering with a network run by other working mothers.

The pitch checked every item on Lemonada’s list. “We were all living the child care crisis,” Cordova Kramer, who has two children, said. “Things were dire for all of us, and they still kind of are.” Let’s just say that during two work sessions and three interviews with the team across multiple time zones (Cordova Kramer is in Rome, Wittels Wachs in Salinas, Calif., and Riviera in the Washington, D.C. area), a child interrupted, typically multiple children, every time. Sometimes those children weren’t wearing pants. Sometimes those children were mine.

“No One Is Coming To Save Us” went into production in the spring. The show mixes history, first-person testimony and on-the-ground reportage with interludes provided by the actress Kristen Bell, who appears as a special “Call It Like it Is” correspondent.

Riviera hosts every episode, in a style unrecognizable from her ABC days. Back then, she had practiced a studied neutrality. When she began work on “No One Is Coming To Save Us,” she expected to deliver something similar. Instead, she began her first recording session in tears, overwhelmed by the testimony of another working mother. She tried to pull herself together. Wittels Wachs intervened.

“This is beautiful!” she said. “Stay where you are! But get a tissue if you need to.”

Riviera jokes that she feels nauseated whenever she records, but she also feels liberated. “I found my niche in network news,” she said. “But all that time, I was always telling someone else’s story.” Riviera is a mother of three. This time, the story feels like her own.

She also found herself responding to the Lemonada ethos — cooperative, empathetic, encouraging. Every production meeting begins with a round-robin mental health check-in. In 20 years in network news, Riviera had never begun a meeting that way. She likes it. “There’s more space to be real,” she said.

“No One Is Coming To Save Us” won’t actually fix the American child care crisis. There’s only so much that four hours of audio can do. But the podcast offers an encouraging look at other, more successful child care systems — some from other countries, some from America’s present and past. It includes a list of actionable items, most of which listeners can accomplish at home — donating, phone-banking, partnering with other parents to demand better benefits. And it offers a sense of shared, sometimes tearful struggle. Which isn’t nothing.

“We can’t solve opioids. We can’t solve guns. We’re not saying like, if you listen, you’ll know exactly what to do,” Wittels Wachs said of Lemonada’s shows. “But we get paralyzed by these things. And then we just feel like really hopeless. So we make people feel inspired. Or a little bit better. Or less alone.”

'Are You the One?’ Perfect Matches Revealed: Did the Cast Figure It Out?