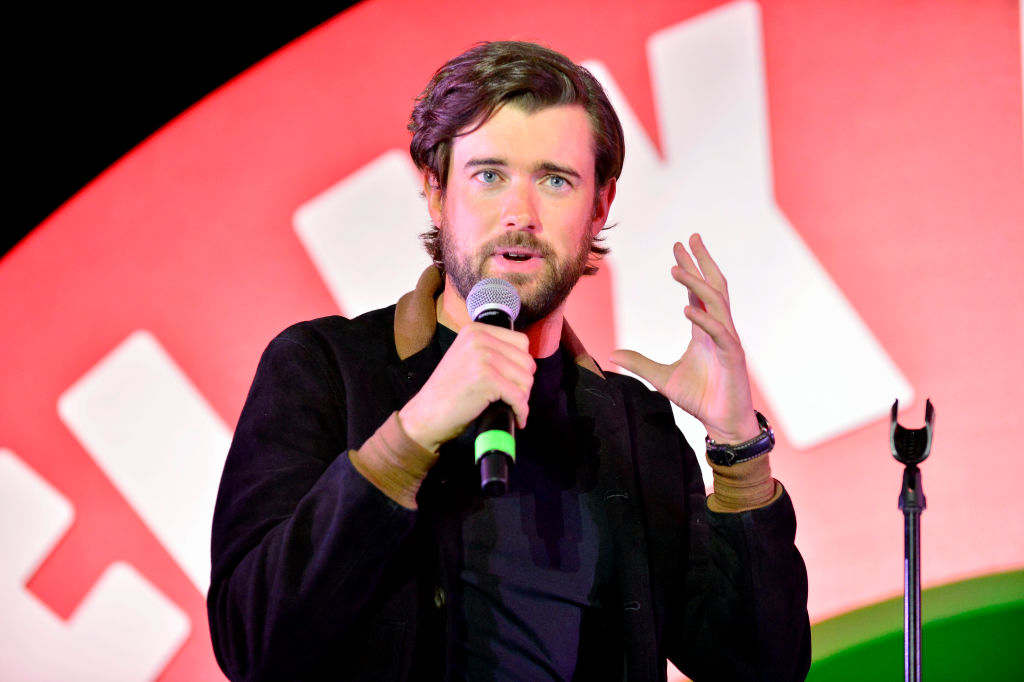 Jack Whitehall has revealed that he used to put on a cockney accent for his early stand-up performances as he was so worried about how audiences would respond to him being posh.

The 34-year-old, who later branched out into a successful acting career via his turn as extremely posh university student Jonathan ‘JP’ Pembersley on Channel 4 sitcom Fresh Meat from 2011, said he would ‘talk like Danny Dyer’ as he focused on toning down his accent.

Jack also shared that he would wear a parka and present his jokes in a deadpan style before eventually realising that sounding like a ‘posh tw*t’ could be his calling card in comedy.

The Jungle Cruise star, who previously revealed he was once put in a headlock by a heckler, joked that he ‘practised my set in a geezer accent’ before adding that ‘to be fair back then I spoke a bit more like a geezer’.

Speaking with guest Russell Howard on his new podcast Jack Whitehall’s Safe Space, he continued: ‘I did it really deadpan at the beginning to try and be like Jack Dee and I used to come on in a parka and do it in a cockney accent because I was just  so worried about going on and being like, “Hello!” and them going like, “Who’s this posh tw*t?”

He then conceded that it ‘took me a long to realise that maybe “Who’s this posh tw*at?” is where I should start’.

Since then he’s made use of his USP in films and shows including Bad Education, Good Omens and Thunderbirds Are Go.

Indeed, his starring role as an American in recent movie Clifford the Big Red Dog had his fans rather bemused as he ditched his well-known plummy tones.

Jack was recently seen being given proper side-eye by pal Jamie Redknapp’s baby boy Raphael in a hilarious photo, after the comic headed over to watch a football match with actor Keith Ewell at former Liverpool player Jamie’s house.

The dad-of-three joked in the Instagram caption when he shared the picture: ‘Three men and a baby. Rapha not sure about @jackwhitehall come on you red men!’