Jennifer Ford opened Houston sneaker boutique Premium Goods almost two decades ago, but the same thing that excited her then still excites her now: building community through sneakers. “I can’t wait to see people other than me wearing our shoes!” she says brightly as our call starts. “Our shoes” are, of course, the co-created Premium Goods and

Hypebeast: What got you into sneakers?

Jennifer Ford: I’ve had an affinity for sneakers since I was a little girl. I grew up wearing Air Jordans, at least in junior high and high school when I could get my parents to pay for them [laughs]. When I went off to college, I switched to Air Maxes. I grew to love them as well, and would wear them into the ground.

We’re spotlighting the Air Force 1 for your Sole Mates, but it sounds like it didn’t enter the picture until a little later on — at least until after the Jordans and the Air Max. What brought you around to it?

Back in the day, the Air Force 1 didn’t feel like the most inviting style for female sneakerheads, at least in my personal experience. The colors that were available in my size back then didn’t really do it for me either, so I didn’t have much of a relationship with the Air Force 1 until I opened Premium Goods, where they immediately became one of our biggest sellers. When we first opened and I didn’t have a Nike account [Editor’s Note: In the 2000’s, Nike would often wait to give a boutique retailer an account to ensure that the boutique had staying power], I’d go overseas and buy CO.JP or JD Sports-exclusive colorways and bring them back to Houston. We became known as a store that always had exclusive Air Force 1s, and it really helped grow and sustain the business.

Of course, I had to stop doing that once I actually got an official Nike account, but the Air Force 1 continued to be one of our best sellers and still is to this day. Between that history and me being able to design one up to my style and comfort specs, it’s near and dear to my heart now.

“I’d wear a pair of Air Maxes in [to my corporate job], switch to heels at work then immediately switch out afterward.”

Before you opened Premium Goods, you were working in high-end retail and jewelry in the early ‘00s — well before every high fashion house wanted to be a sneaker titan. Did you see a common thread between the two worlds then?

I definitely did, but it started from a practical standpoint. I was working for a major company in New York and they’d literally require us to wear a suit top, pantyhose and a skirt. I lived in Brooklyn and worked in Midtown, so there was no way I’d go all the way into the office wearing heels. I’d wear a pair of Air Maxes in, switch to heels at work, then immediately switch out afterward. I grew to love the mixture of different looks, and then I met Clarence [Nathan, Premium Goods Brooklyn founder], who showed me there was even more of a fusion that could be had: we’d go hunt for rare sneakers on the weekends and then he’d wear them casually with slacks and a shirt way before that cross-over was commonplace. That mixing of aesthetics really inspired me when I opened my business.

You moved back to Houston and opened your own Premium Goods in 2004. How different was the game back then, especially as one of the first sneaker boutiques that was making a distinct effort to appeal to women?

It was tough at first, but I knew there were other people — and other women — like me who wanted access to more than just the standard sneakers you could find in any city. We got on NikeTalk and began promoting the store, and it just spread like wildfire. Guys would come in with their girlfriends to get Air Force 1s or Jordans, and we made sure that we’d always have an extended size run so there’d be something for both of them. Even something as simple as extended sizing wasn’t common at the time, but my team and I would do that and also ensure that we were ordering women’s shoes instead of just kids’ shoes that fit women. Women don’t want a kids Air Max 95 with no forefoot Air. They want the real thing, just like the guys do. We always made sure we had a proper selection, and that attention to detail built a lot of trust with our community. 1 of 3 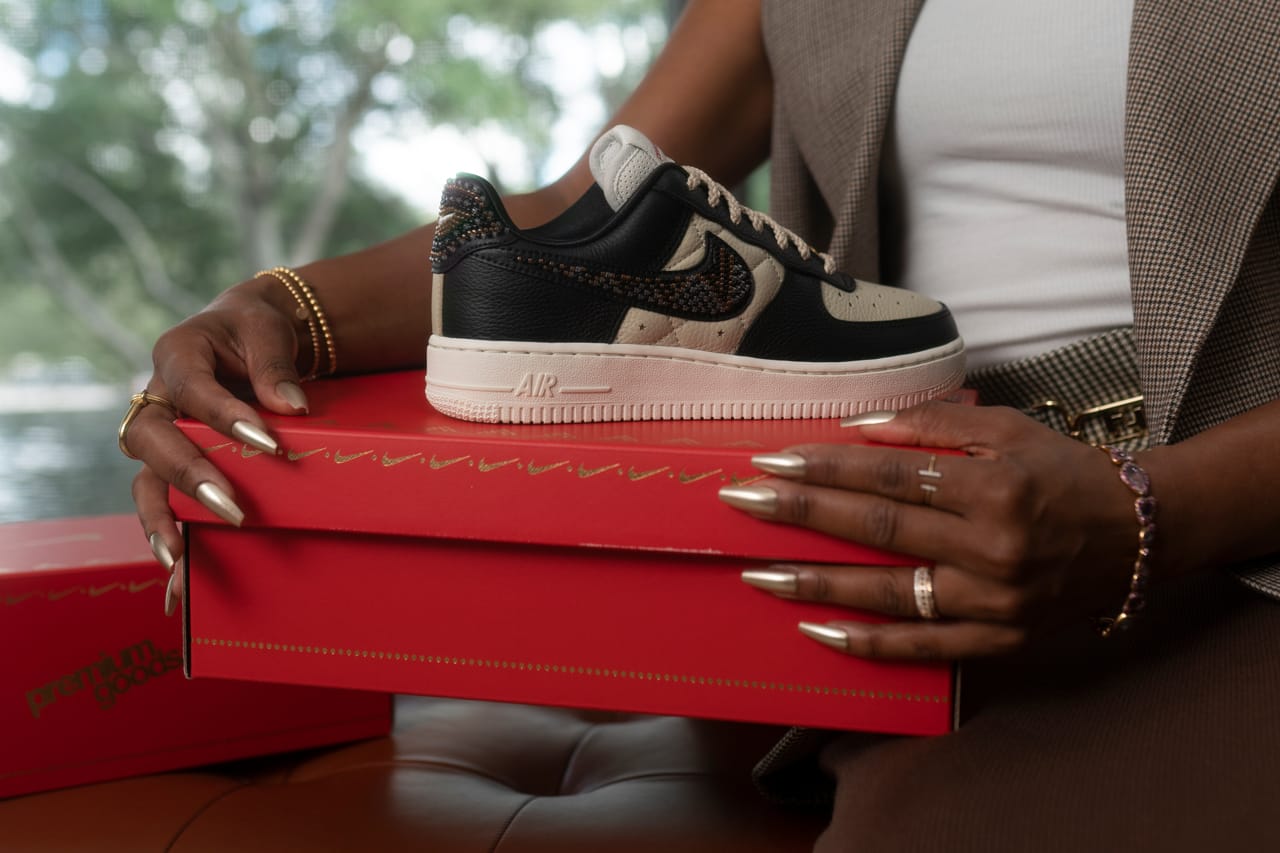 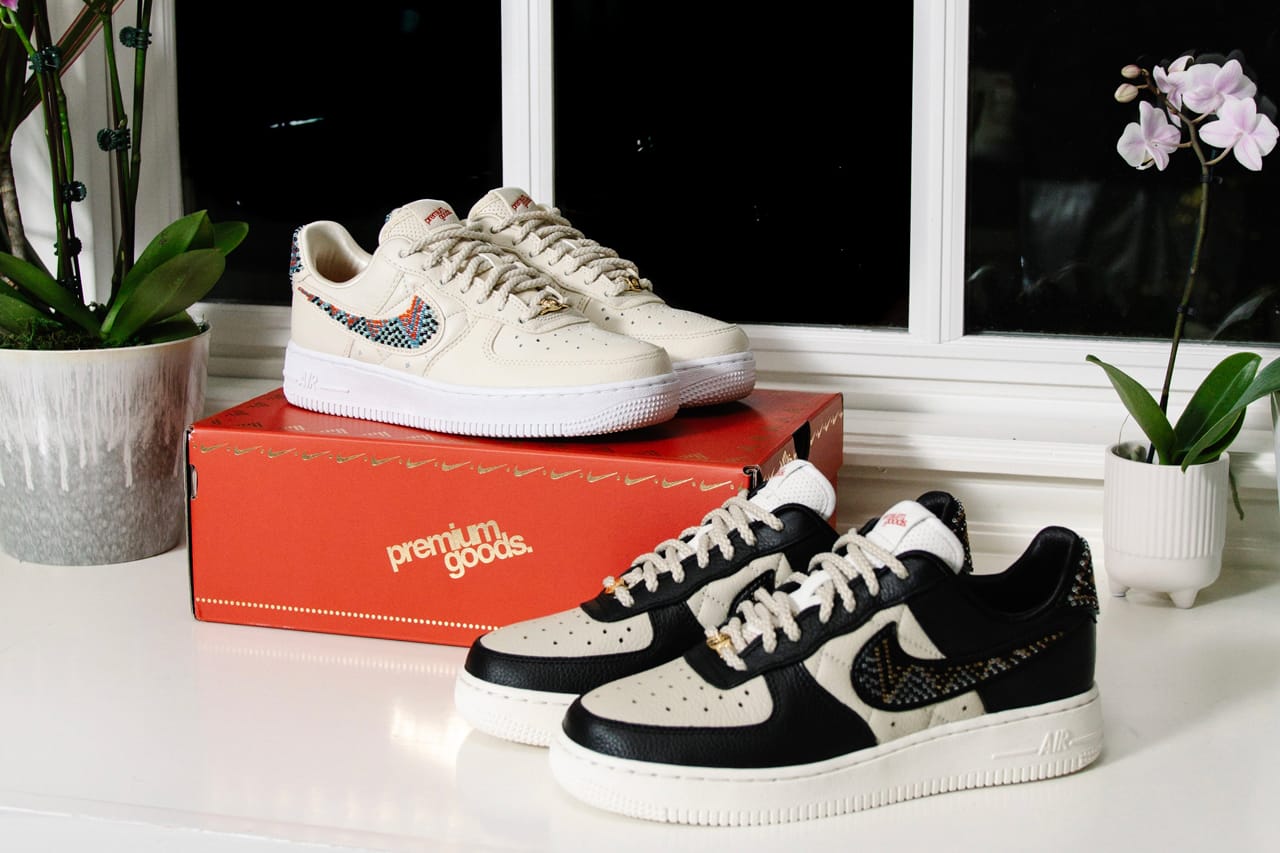 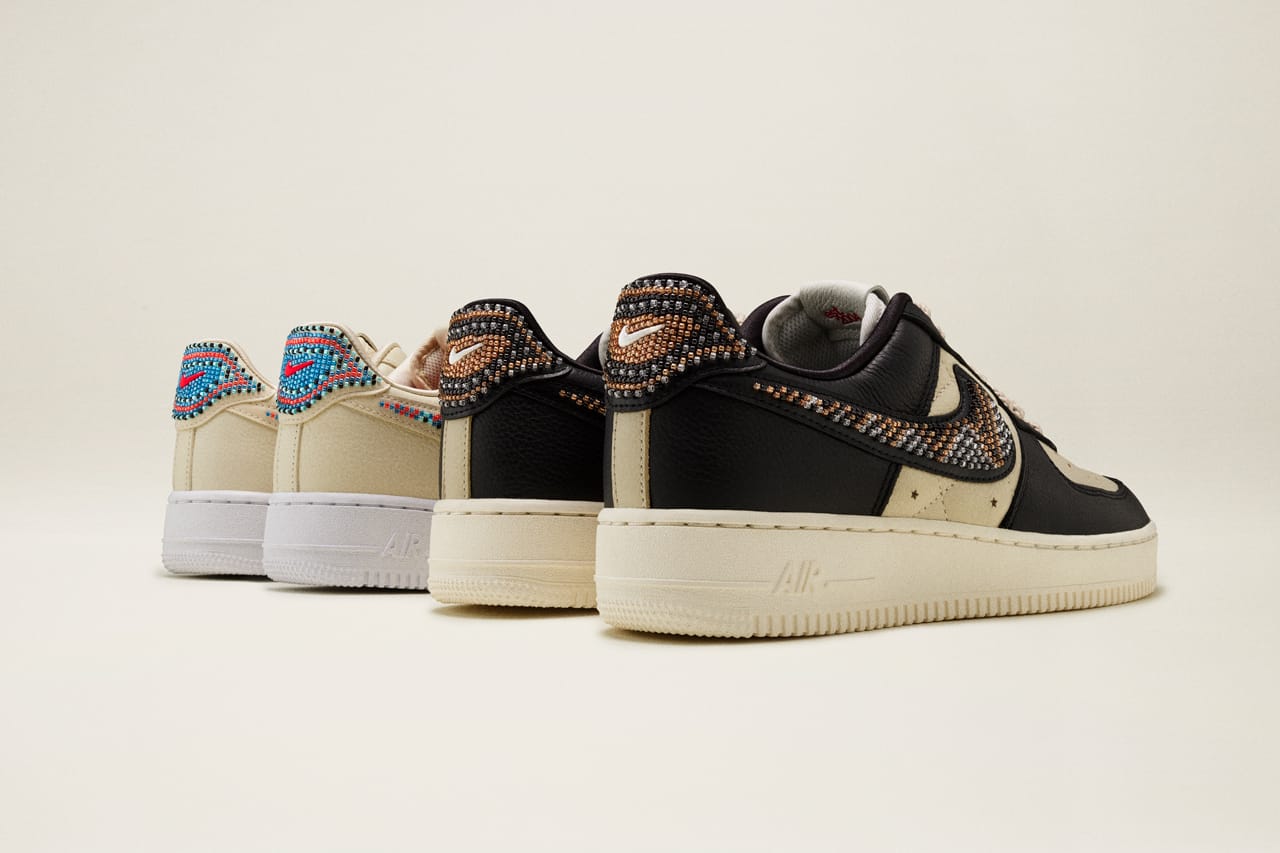 So it was all about building those relationships and carving out a space for those women to feel seen?

Exactly. We used to have a booth at the H-Town Sneaker Summit [a long-running sneaker convention] and I’d quite literally be the only woman in the building. I was like “we definitely need some more female energy in here,” so one year I actually paid models to come hang out at our booth and rock their favorite sneakers. That started a domino effect, and in a few years, there were a ton of women, both sneakerheads and just people who wanted somewhere cool to hang out, showing up. It was all organic.

The Houston sneaker community seems like a very welcoming one.

It absolutely is. We want to provide our community with premium products in a beautiful environment. They don’t have to go to New York or LA — we’ve got everything they need right here. All the sneaker shop owners are friends. There’s plenty to go around for all of us and we’re happy to share it. Travis Scott’s store opened up less than a block away from us, and although some business owners might feel like their territory is being infringed on, we think something like that’s great. It’s just more traffic and more attention on our block!

“It’s every sneaker lover’s dream to design their own shoes.”

Speaking of “more attention,” you guys are creating quite a buzz with your upcoming Air Force 1 collab. What was the feeling like when you got that call from Nike?

I was like “Come on now. This is a joke, right?” It’s every sneaker lover’s dream to design their own shoes. That’s why they made NikeID: so you can feel like you’re doing something, even if your designs might be tragic [laughs].

Making a bad pair of sneakers or two on ID was a right of passage. Here, you had the whole company open to you though — way more than custom color options. Did you know what you wanted to do right away, or was there some trial and error involved?

I had all these ideas, and I couldn’t sleep the night before my first design meeting with Nike. Clarence was like “Jen, trust yourself. Just be true to your style.” I thought about my family and my favorite clothes, and then the inspiration came together pretty quickly. I went into the meeting with a pretty firm idea of what I wanted, which was good because you don’t get too many chances at fixing a sample if something’s off. 1 of 3 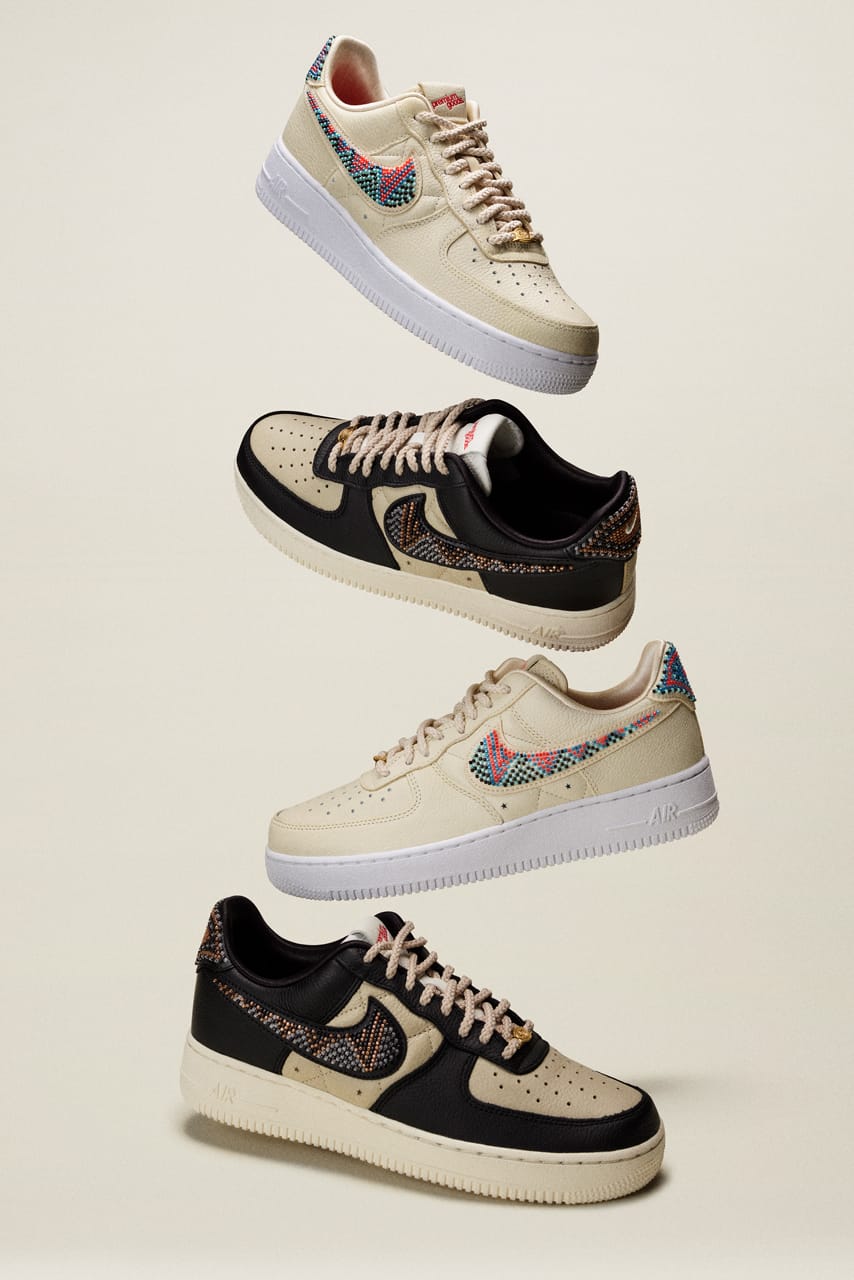 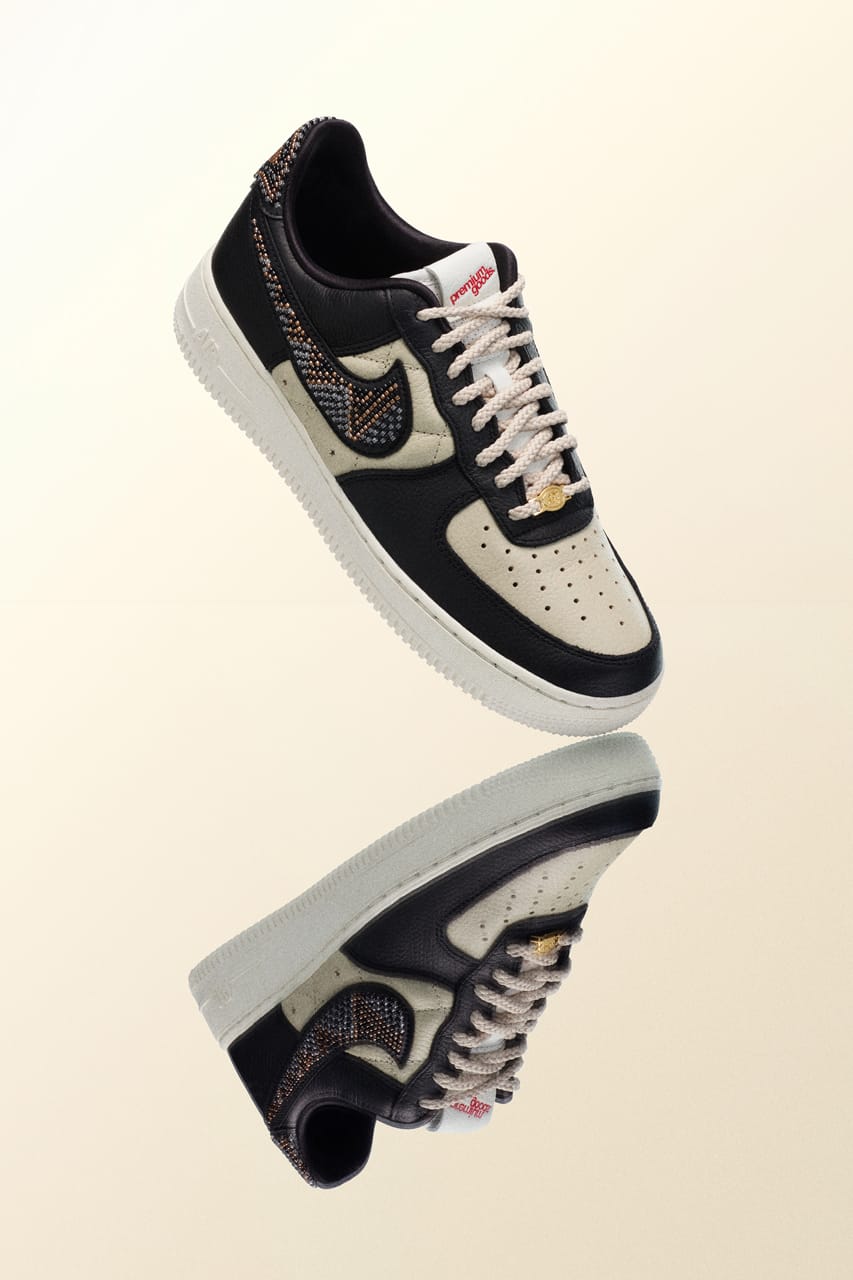 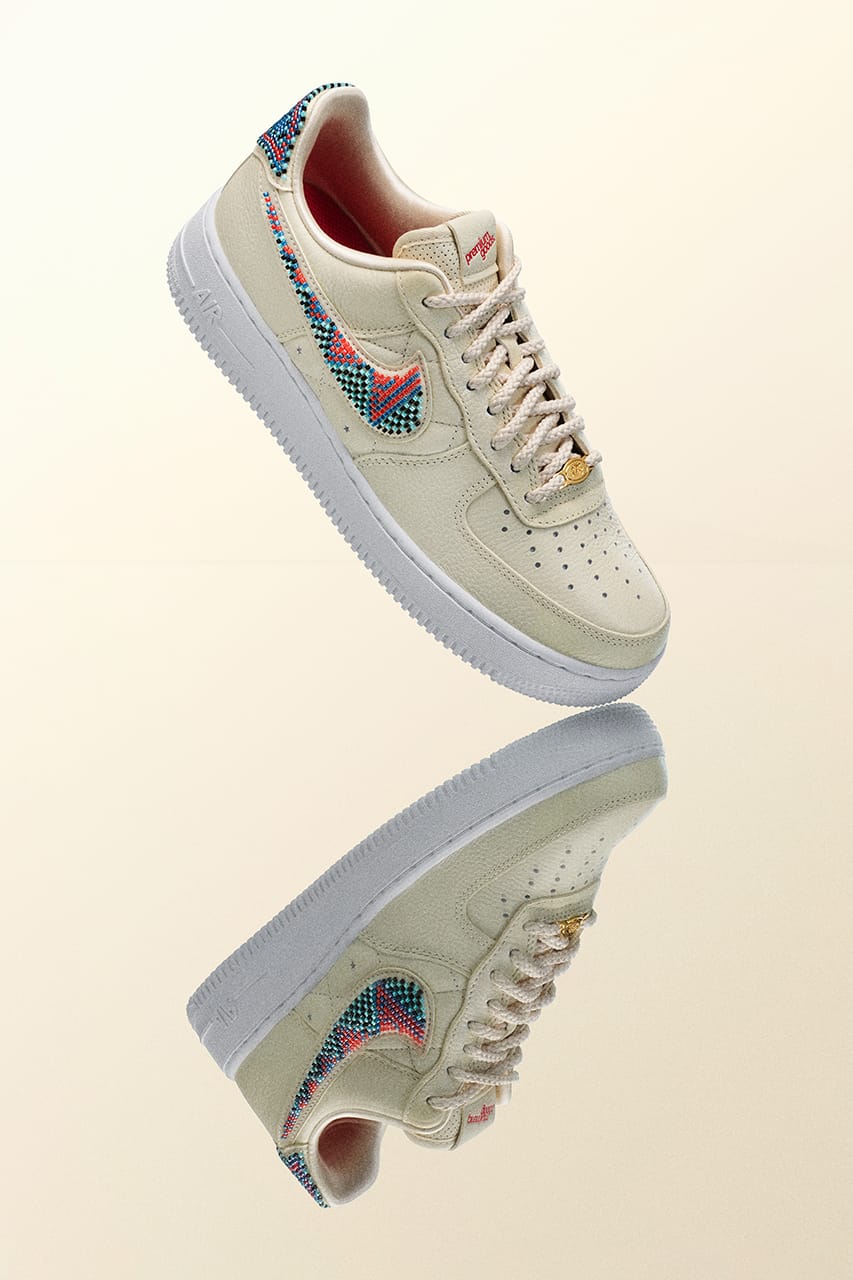 How did you bring your love of jewelry to the shoes?

I was thinking about jewelry that felt luxurious and unique but was still accessible and affordable, and that lead me to seed beads. So many different cultures have a history with seed bead jewelry and I have a lot of seed bead jewelry that I love, so it seemed like a perfect way to bring some unique flair to the look as well as contrast the quilted and tumbled leathers we used.

What’s your favorite detail on the shoes?

The two little stars on each quarter panel. They’re a nod to my daughter Sophia and my niece Bella, both of whose last name is Starling — my maiden name.

The shoes are named after your daughters as well. Do they represent them through the design as well as the name?

Yes, each colorway is a nod to their backgrounds. The “Sophia” has tan and black accents to represent my daughter’s cultural heritage, and the “Bella” is full cream to represent my niece’s beauty and innocence.

Did you have a favorite part of the design process?

The feeling I’d get right before opening the sample box. You’re nervous and excited at the same time. Besides that, the friends I met along the way. The design team at Nike is amazing, and the relationships I established during this process were really meaningful ones.

“I just found out that I’m the only Black female Nike and Jordan Brand boutique account holder … which is crazy.”

A key theme from the campaign video that accompanied the shoes was a saying: “the next step is yours.” What next steps would you like to see sneaker culture take?

That’s hard to believe, isn’t it? That’s a large part of why we came up with that “the next step is yours” tagline. I think the sneaker industry, or any major industry, can be intimidating to people and they have to see someone who looks like them succeeding in that industry to believe they can too. No matter if it’s in sneakers or elsewhere, you’ve got to have the faith to take that step and I wanted to do my part to help encourage that faith.

Last question: why are sneakers important to you?
I love how sneakers don’t have a face, age or a gender. They’re for anybody and everybody. We have repeat customers at Premium Goods who are in their 70s and still want the new Jordans just like the teenagers do. Sneakers create conversation and transcend so many things. Plus, they’re wearable art. Why not put on something that looks good, feels good and brings you energy?

Which Two Characters From "New Girl" Are You A Combo Of?

7 Podcasts About the Wonders of Science