Jennifer Garner doesn’t have the same family photo album that most of us have with cherished moments and birthday celebrations, that’s because the paparazzi created a unique — and often scary — situation for them. Her three kids with ex-husband Ben Affleck, daughters Violet, 15, and Seraphina, 12, and son Samuel, 9, have a fear of cameras after constantly being chased as young kids. 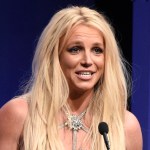 
Britney Spears Finally Got Her Kids' Permission to Post a Picture — & Wow, Her Sons Are So Tall!

It was the worst for Garner with her first child because they lived in a celebrity-filled neighborhood and often 20 photographers were waiting for them at the end of their driveway. If she made a clean getaway without anyone noticing her, someone would eventually spot her and alert the paparazzi. “I’d go do a school run and it’d be 15 cars going with me,” Garner admitted to The Hollywood Reporter. “I never had a day without them, and if I did, if I made it to a park by hiding in the bottom of the pool man’s truck or something, then a nanny would see me there and call a number and they’d swarm.”

The stress of being a new mom is plenty to deal with, but she had to play hide-and-seek to keep Violet as safe as possible. Garner revealed that it puts “so much anxiety in our little family” and her oldest daughter shared her heartbreaking experience with her kindergarten class. “We didn’t ask for this,” Garner recalled her daughter saying. “We don’t want these cameras, they’re scary. The men are scary, they knock each other over and it’s hard to feel like a kid when you’re being chased.”

It’s sad to think that a five-year-old had to process such an adult situation of worrying about being photographed at every turn and being fearful for their safety. It’s no wonder Garner’s children turn away from the cameras, even if mom or dad is behind the lens. It’s what motivated Garner to testify on behalf of celebrity families in a 2013 California Assembly bill to protect kids from the prying eyes of the tabloid photographers. Her efforts, along with Halle Berry, helped signed the public safety bill into law.

The one thing Garner is concerned about is how her kids will manage the stress they endured as they grow older. She did her job as a mom to protect them as best she could, but she’s worried she didn’t do enough.

Before you go, click here to see celebrities who fight hard to keep their partners and kids away from paparazzi.

Obama Said Publicly Shaming People On Twitter Is "Not Activism"

How to Give Your Therapist Feedback