Right from the start, you can see “Joker” is going to be a different kind of superhero movie than you’re used to. That’s because director Todd Phillips opens with the Saul Bass-designed Warner Bros. logo used in the 1970s and 1980s.

Seeing the logo brings back memories of a grittier time, which is exactly the headspace Phillips wants you in as you embark on this origin story of DC’s greatest villain.

In crafting the movie, Phillips and cowriter Scott Silver (“8 Mile,” “The Fighter”) are given a freedom that few are allowed. They are able to make a twisted drama of a troubled man — who also happens to be a super villain.

Forget big explosions, car chases, or plans to destroy Gotham City (or even the world). That’s The Joker. Here we’re exploring the life of Arthur Fleck (played by Joaquin Phoenix). He gets beat up at work (dressing as a clown for a range of events). He has a mental condition that makes him go into fits of laughter. And with no friends, all he has in his life is his mother, Penny (Frances Conroy).

But Arthur has dreams. He wants a relationship with the neighbor down the hall from him, Sophie (Zazie Beetz). And he wants to be a standup comedian. He even spends a lot of time writing jokes in a notepad (though most of them are not funny and very disturbing). Arthur aspires to one day be good enough to go on his favorite late night show, hosted by Murray Franklin (Robert De Niro). 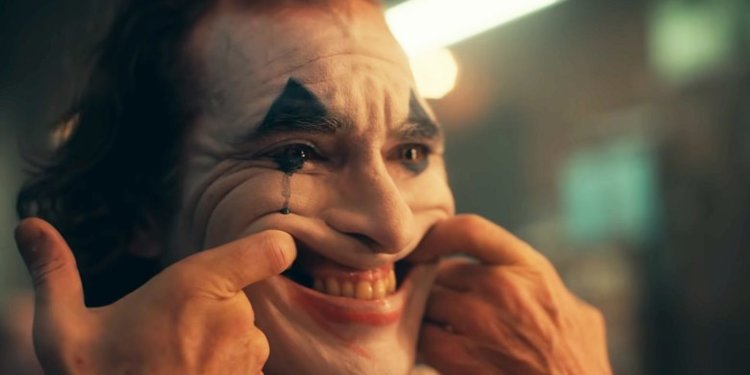 Joaquin Phoenix gives an amazing performance in “Joker.”Warner Bros.But it seems whenever Arthur gets a little forward momentum in life, he’s beaten back down — like a lot of people in Gotham City. Gotham is suffering a garbage strike that’s so bad the news is reporting that a rare breed of “super rats” are in the city. And everywhere Arthur turns, Gotham’s people treat each other badly.

Then one night, Arthur finally has enough. In the midst of being beaten up by three guys on the subway while dressed in his clown makeup, Arthur takes out a revolver and kills them all. When the news reports it the next day, instead of the city being frightened that a deranged clown who killed three people is still on the loose, they support what he did. Soon others walk around in clown masks, as a kind of statement that they are with this mystery guy who finally pushed back.

Read more: Jennifer Lopez is getting Major Oscar buzz for her performance in “Hustlers” and it’s fully deserved

For the first time in Arthur’s life, he feels appreciated. And it only gets more twisted from there.

“Joker” is an ultra-violent drama that takes heavy influence from movies like Martin Scorsese’s “The King of Comedy” and “Taxi Driver.” In both of those instances, the main characters (both played by De Niro) are men who are mentally troubled and in “Joker,” it’s no different. In fact, the movie is very much a commentary on how society doesn’t do enough to nurture people who experience mental illness (at Arthur’s lowest point in the movie, he’s notified that the funding for the counseling he gets has been slashed and he can no longer get the medication prescribed to him).

This is all pulled off because of the tour-de-force performance given by Phoenix. The Clown Prince of Crime has always been a favorite character to play for actors, but here Phoenix takes it to its darkest place.

And Phillips shows with the movie that he’s more than just a comedy director. Though he’s known best for the “Hangover” movies, here he creates something that feels like it could have come out in the late 1970s. And he an Phoenix will likely get a lot of attention come Oscar time.

I'm Going to Have The Politician's Theme Song Stuck in My Head For Weeks, Huh?