Julia Roberts has one of the most famous names in the world, having soared to stardom in films such as Pretty Woman and Mystic Pizza, before going on to become one of the most sought-after talents in Hollywood.

However, it turns out her identity isn’t as clear-cut as she might have thought, when delving into her family history.

During a new episode of Finding Your Roots, which airs on PBS in the US, the 55-year-old met with host Dr Henry Louis Gates, Jr, 72, to learn more about her father’s ancestry.

On an 1880 census for Douglas County, Georgia, Julia was shown her great grandfather John Pendleton Roberts and his mother, Rhoda Suttle… but John’s father was nowhere to be seen.

It turns out that Rhoda was married to a Roberts – a man named Willis Roberts – but he died a decade before John was born, meaning it was impossible for him to have been Julia’s great great grandfather.

While John’s father wasn’t named on any document, Dr Henry was able to do some more digging thanks to DNA provided by Julia and her first cousin, another descendant of John’s. 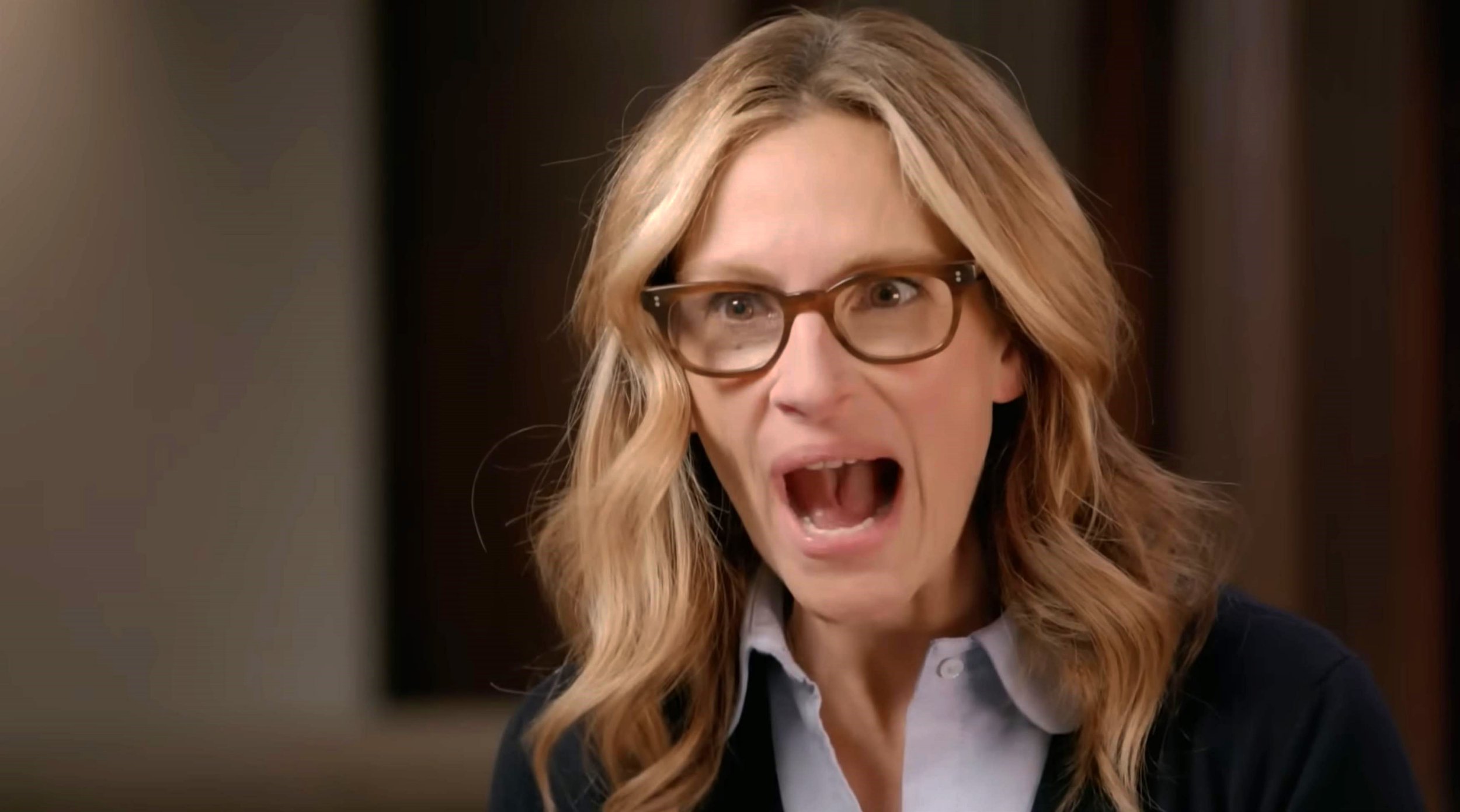 ‘Julia and one of her father’s first cousins, a fellow descendant of John Roberts, both agreed to take DNA tests,’ he explained.

‘We then compared their results to people in publicly available databases searching for matches, hoping to identify John’s father through the DNA of his descendants. In the end, we found a cluster of matches that tied Julia and her cousin to one man.’

The historian stressed that Julia is ‘not a Roberts biologically’, as she speculated that none of her family likely knew the truth.

‘Well that farm knew, because her husband wasn’t there and she was still having babies!’ Dr Henry quipped.

‘Is my head on straight still? Am I facing you?’ Julia continued, in utter shock.

Dr Henry explained that while they couldn’t know for sure if John ever knew who his father was, a useful piece of information hinted that it may have been kept a secret.

Henry appeared on the same 1880 census, but with his own wife, called Sarah, and their six children, and they lived just a few miles away from Rhoda.

‘A few short miles, it would seem,’ Julia remarked.

But that’s not all – Henry’s widowed mother, Elizabeth Mitchell, lived just four households away from Rhoda, so chances are he may have gone to visit his mother and therefore made Rhoda’s acquaintance.

‘So he would go see his mother like a good boy,’ Dr Henry theorised, as Julia added: ‘And Sarah was probably saying, “Aw, you’re going to go see your mum? That’s so sweet.”’

Reacting to the staggering news about her family history, the Notting Hill star said: ‘On the one hand, truly, my mind is blown. And it is fascinating.

‘And on the other hand, there’s part of me that when I’m calmer can still wrap my arms around the idea that my family is my family. And I do prefer the name Roberts. This was a very unexpected turn Dr.’

Finding Your Roots airs on PBS in the US.