Fans have been curious about Kim Kardashian’s baby bar exam status, which she took early last summer. She hadn’t mentioned the results on social media, because, naturally, it had to be revealed on an episode of Keeping Up with the Kardashians. Well, we have our answer now and it’s a disappointing one. 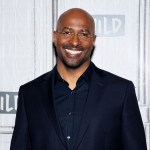 A sneak peek of the E! series shows Kim talking about the results of her first attempt at the exam. “So you guys, I did not pass the baby bar,” she shares with sisters Kourtney Kardashian and Khloé Kardashian. Kim isn’t following the traditional route of doing law school in three years. She’s doing the four-year route as an apprentice of attorney Jessica Jackson, whom she was introduced to by Van Jones. To move on to her second year, she has to pass a baby bar exam at the end of her first year of studies. Kim shared that the baby bar is “actually harder… than the official bar.”

In the video clip, Jackson offers Kim encouragement about her results, she didn’t seem upset that her protege didn’t pass on her first try. “You needed a 560, you got a 474,” the lawyer said to the Skims founder. “That is extremely close on a test that most people are not taking in the middle of a pandemic.” For anyone wondering how serious Kim is taking her legal career, the news hit her hard.

“I am a failure,” she said in defeat. “I spent six weeks straight, 10 to 12 hours a day, studying and it was so important for me to take this. And to not pass gets your spirit down and just makes you want to give up.”

Kim has a strong support system, not only from her family, but from Jones, who sang her praises recently on The Ellen DeGeneres Show. “I think she’s going to be an unbelievable attorney and she’s already I think one of the best advocates that we have in criminal justice,” he proudly told the talk show host.

According to E! News, the scene was filmed in October 2020 and Kim had an opportunity to take the baby bar exam again in November. She debated with her sisters waiting until June 2021, but she didn’t want to delay the process any further, especially when the knowledge was fresh in her mind. Keeping Up with the Kardashians finished filming in early January, so it makes us curious how Kim will let us know if she passed the baby bar exam the second time around. We’re sure Kris Jenner is already cooking up a plan to keep us posted.

Before you go, click here to see some of the most dramatic celebrity transformations of the past decade.

Tom Hanks Shares How He & Rita Wilson Spend Down Time