Lady Gaga’s vibe at the 2020 MTV Video Music Awards was to wear a mask, but make it fashion.

The pop icon made a clear statement at the virtual ceremony on Sunday night, telling fans to “mask up” while sporting a collection of her own couture face accessories. And honestly, did we expect anything less from the woman who gave us the meat dress?

First, Gaga served up some retro alien realness on the red carpet, wearing a fishbowl as a mask to complement the silver (hair included!) look. The “Chromatica” singer donned a metallic textured coat from Area under a black dress and matching boots. 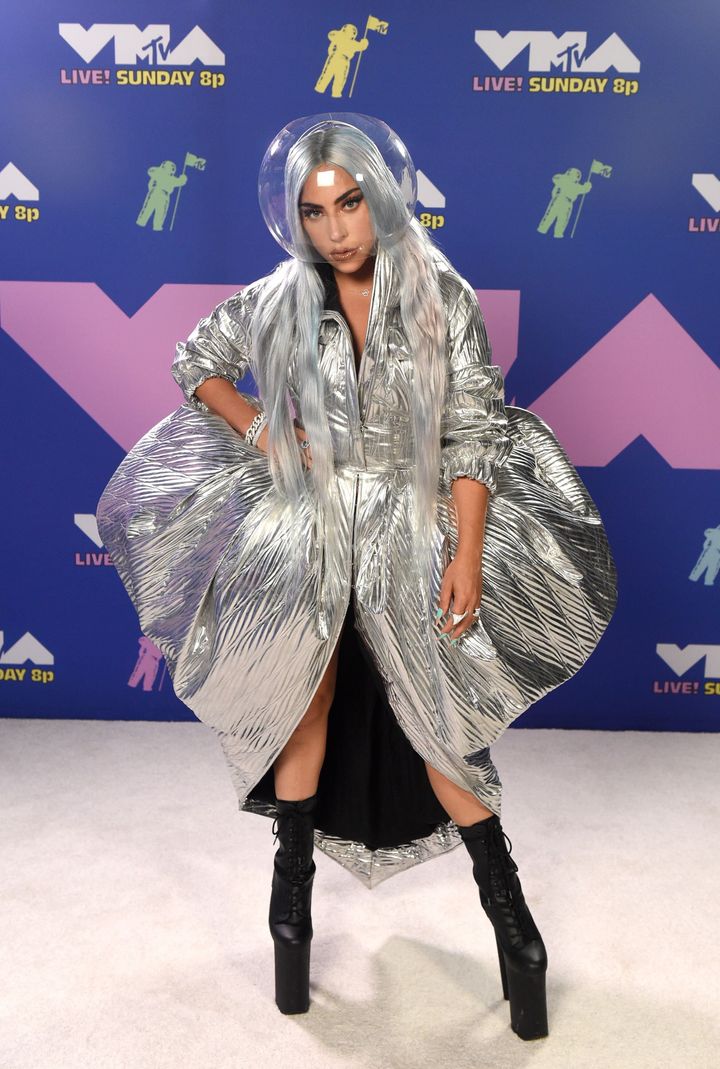 Gaga later touched down on the VMAs stage to accept the Best Collaboration moonman for her Ariana Grande-assisted track “Rain on Me.” She was draped in Iris van Herpen Couture, but her pink “Mad Max”-esque mask was the main event.

Gaga changed into an emerald floor-length Christopher John Rogers gown, which she wore to accept an award for Song of the Year. She power-clashed the elegant look with a studded — and horned — maroon mask.

With a few awards under her belt, it was time for Gaga and Grande to take the stage for their debut performance of their Billboard-topping duet.

Other performers ditched their masks, but they kept theirs on while belting out the pop smash. Gaga sported like a Darth Vader-like face covering this time around, which responded to her voice. 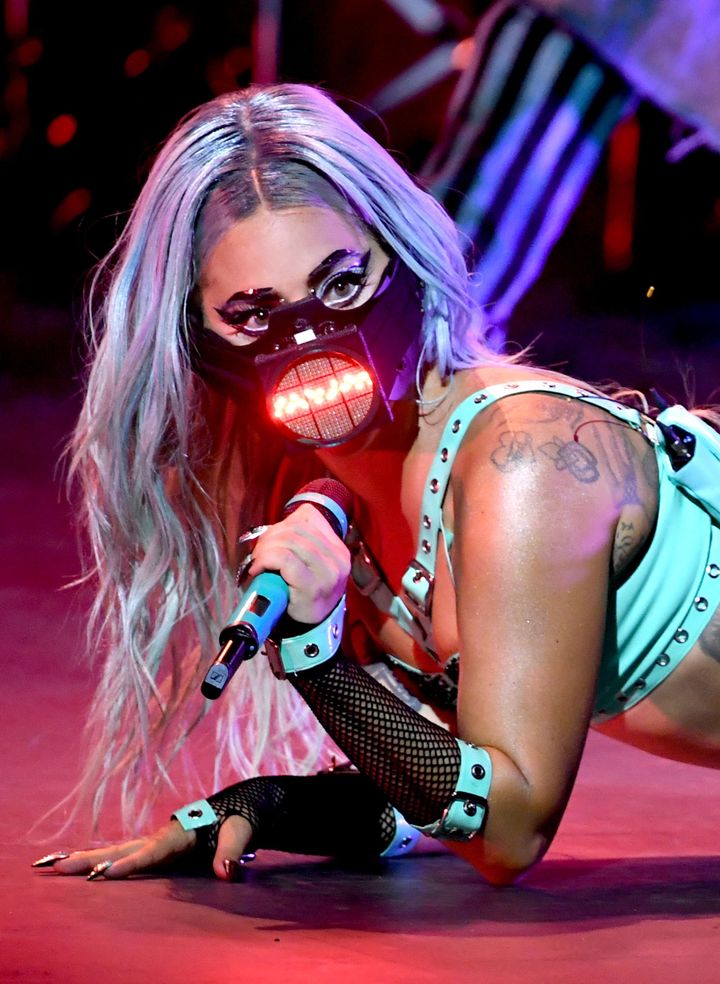 She returned to the stage with a bling-y silver mask to accept the trophy for Artist of the Year. She paired the look with an oversized fuzzy white coat, bringing some comfy-chic vibes to the awards show.

Last but certainly not least, Gaga made an appearance as the first-ever recipient of the TriCon award, which honors her work as a musician and philanthropist.

And she certainly didn’t disappoint. Wearing what looked like the same silver mask from earlier in the evening, the Oscar winner took the look to the next level with shoulder-padded — and then some — sleeves and a full metallic bodysuit.

“Stay safe, speak your mind, and I might sound like a broken record, but — wear a mask,” she said on stage. “It’s a sign of respect.” 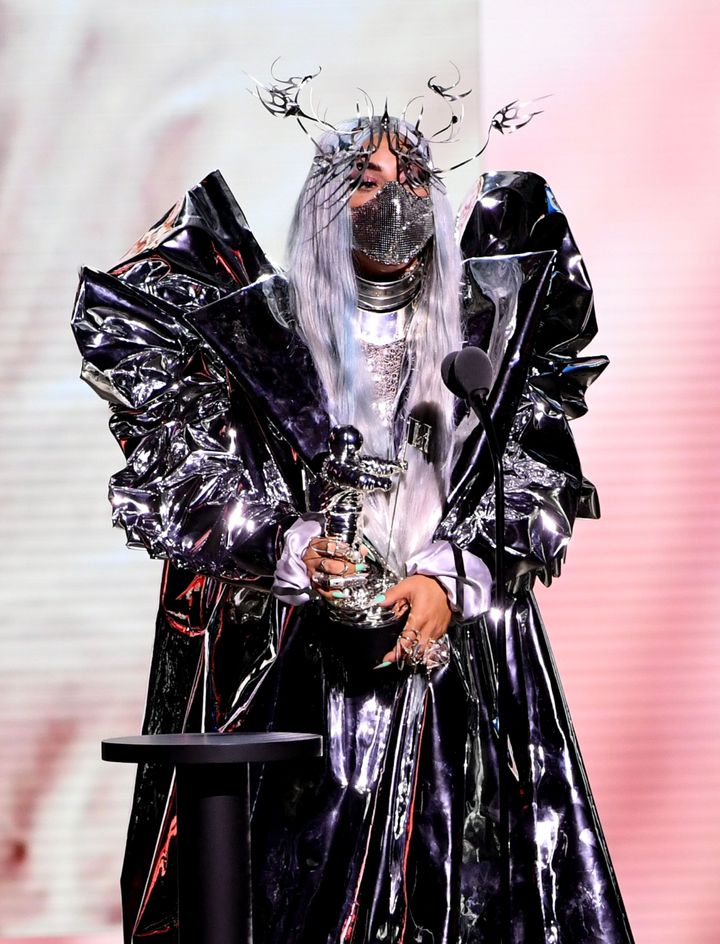 A New ICE Training Facility Is Being Modeled After American Cities. Members Of Congress Who Represent Those Areas Are Livid.