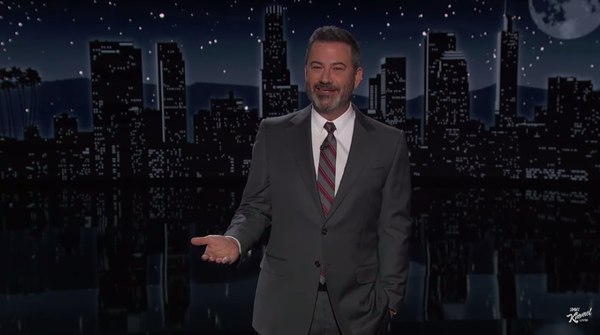 Welcome to Best of Late Night, a rundown of the previous night’s highlights that lets you sleep — and lets us get paid to watch comedy. Here are the 50 best movies on Netflix right now.

Just in Time for Thanksgiving

“Democrats will only have a few weeks to access the documents before the Republicans retake the House and make them disappear. Basically, Trump’s tax returns are like a close friend’s Instagram story.” — JIMMY KIMMEL

“Now, following this ruling, we can finally find out if he wrote off Eric as a loss.” — STEPHEN COLBERT

“Today, Dr. Fauci gave his final White House briefing before his retirement. He was like, ‘This is my last day, so if you want to inject bleach, go nuts.’” — JIMMY FALLON

“Dr. Anthony Fauci today gave what is likely his last coronavirus briefing before retiring at the end of the year. And you can tell he’s kinda given up, because he gave the briefing from a rave.” — SETH MEYERS

“Dr. Fauci is 81 years old. Today, Biden was like, ‘Congrats on your early retirement.’” — JIMMY FALLON

The Bits Worth Watching

What We’re Excited About on Wednesday Night

The “Dead to Me” star Linda Cardellini will stop by “The Late Late Show” on Wednesday night.

Also, Check This Out

For the first time in 180 years, women outnumber men in the New York Philharmonic.