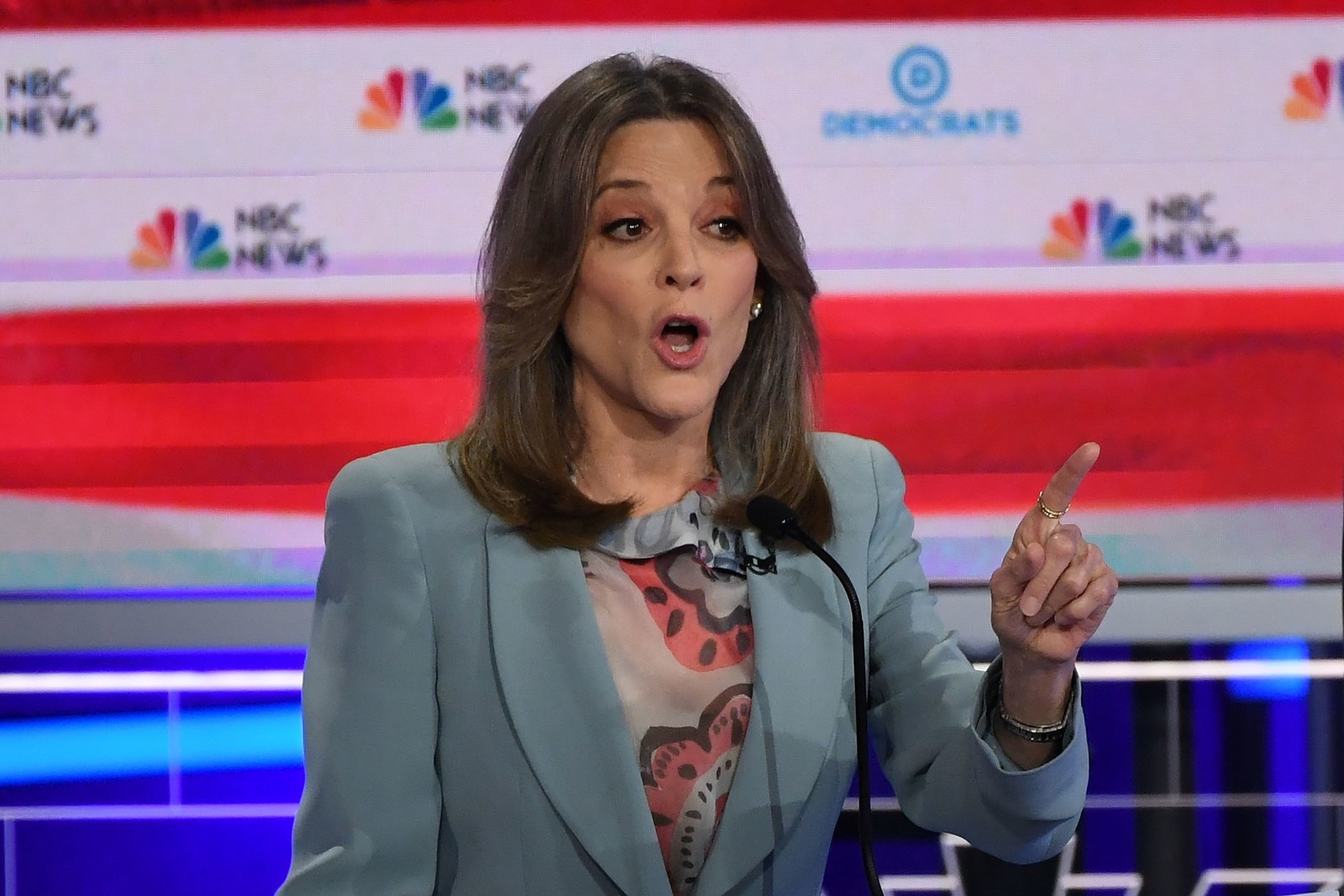 Marianne Williamson, a self-help speaker and bestselling author who’s running for president, grabbed some of the spotlight at the second Democratic debate, and in her doing so, people had a lot of questions. Per Google, Williamson was the top-searched candidate during the debate.

Among other things, the candidate — whom Gwyneth Paltrow described as a “spiritual legend” — declared during the debate that she would “harness love for political purposes” to defeat Donald Trump in the general election.

Leading the meditation tonight at the end of my sharing at Kerri Kelly’s CTZNWell event in Boone, North Carolina. The intersection of spirituality and politics, turned into a revolutionary force by Mahatma Gandhi and then again by Martin Luther King Jr., is once again appearing as a viable political option. Great to be at this gathering, speaking into such an important listening. Met lovely people and heard wonderful tales of spirit rising. #healingthesoulofamerica @ctznwell (photo by Emily Bennington)

BuzzFeed News took a look at Williamson’s Twitter account to learn more about the candidate, and, well, why don’t you just look for yourself.

She has a lot to say!

She has a lot of ideas about space.

She’s often tweeted about the power of visualization.

She also has some hot takes about American history.

And the universe as an existential whole!

She also has unique ideas about the American political system.

Not to mention some, well, problematic health takes.

But hey, you can’t say she’s not consistent!

You do you, Marianne!

How People’s Sex Lives Have Changed Because Of The Coronavirus