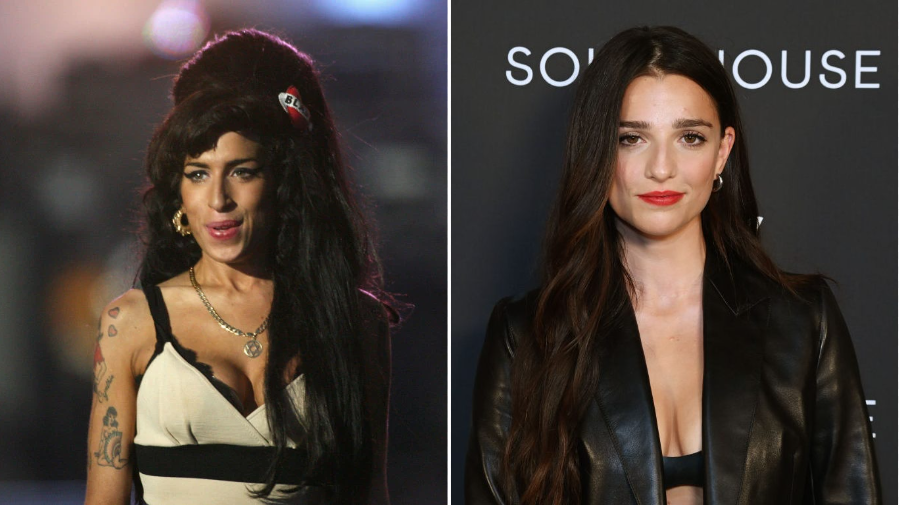 Marisa Abela has spoken out for the first time about her physical preparation for her role as Amy Winehouse in the Back To Black biopic.

The 26-year-old actress, best known for playing Yasmin Kara-Hanani in the BBC’s graduate banker drama Industry, was recently revealed to be playing the jazz legend, and has been hard at work ever since.

Directed by Sam Taylor-Johnson, the film will document Winehouse’s ‘vibrant’ London life around Soho and Camden, which was cut short in 2011 when the Rehab singer died from alcohol poisoning at just 27.

After a few weeks of silence, the Brighton-born star has now revealed how she has prepared for the role in the film.

The actor was surprised that trying to lose weight to play the late music icon had a ‘really positive’ impact on her mental health.

The up-and-comer admitted that growing up she didn’t have a good relationship with her body, and she was initially daunted by the task of losing weight to portray the Winehouse in her later, heady years.

Chatting on the Before The Lights podcast to hosts George Ashwell, Dave Hastie, and Josh Betteridge, the personal trainers working with her on the role, the actor said: ‘I went to an all-girls school in Brighton and it was brutal… this really toxic environment, and it definitely seeped into how I felt about myself.

‘I was anticipating [training for the role] being quite difficult in terms of maybe thinking, “This is how I should look when I’m at my skinniest”.

‘But actually, it’s the opposite’, said the star. ‘I almost see my body as a true instrument that I’m training for a job.’

Marisa is sure the process has made her relationship with her body less subjective, less personal, and overall less intense than it was before.

‘I need to work at it in the same way that I’m practicing guitar. If I was practicing for the last four weeks and I still couldn’t play a song, I’d be scared,’ she said.

‘It’s separating my feelings around weight loss, which I think for me, in the long run, will be really positive.’

This will be Marisa’s role of a lifetime, and the actress promised she is putting ‘110%’ into getting the portrayal just right.

‘Amy listened to people like Dinah Washington, Sarah Vaughan, Lauryn Hill. You can hear that in her music,’ explained Marisa. ‘That voice which is super low and full-bodied.’

Marisa found matching Winehouse’s singing voice up with her North London accent challenging because the former seemed to come from nowhere.

‘That was part of her magic,’ she added.

Winehouse’s weight loss in her final years also changed her singing voice, according to the actor, who has been studying the artist to similar degrees as Austin Butler did Elvis Presley for his award-winning performance in the recent biopic.

Back To Black will follow Winehouse from the age of 17, when Marisa said her voice was ‘so full’, all the way up until the end of the singer’s life when you ‘can hear’ her health deteriorating in her vocals.

George Ashwell, who has been working closely with Marisa on her nutrition and training for the part, added: ‘Obviously the reason Amy was thin was not because of healthy reasons.

‘But that doesn’t mean that you can’t achieve that without being healthy in order to play her.’

But such a physical commitment to the role has its logistical nightmares too, and the team will be filming in reverse, so on the last day of the shoot, Marisa will be playing 18-year-old Amy.

The casting of Marisa has been heavily criticised by some fans, but chatting to TMZ, Mitch came to the film’s defense: ‘Marisa’s a great choice for the role, even if she doesn’t look exactly like Amy.’

The film’s release date has not yet been confirmed, but filming is taking place now.