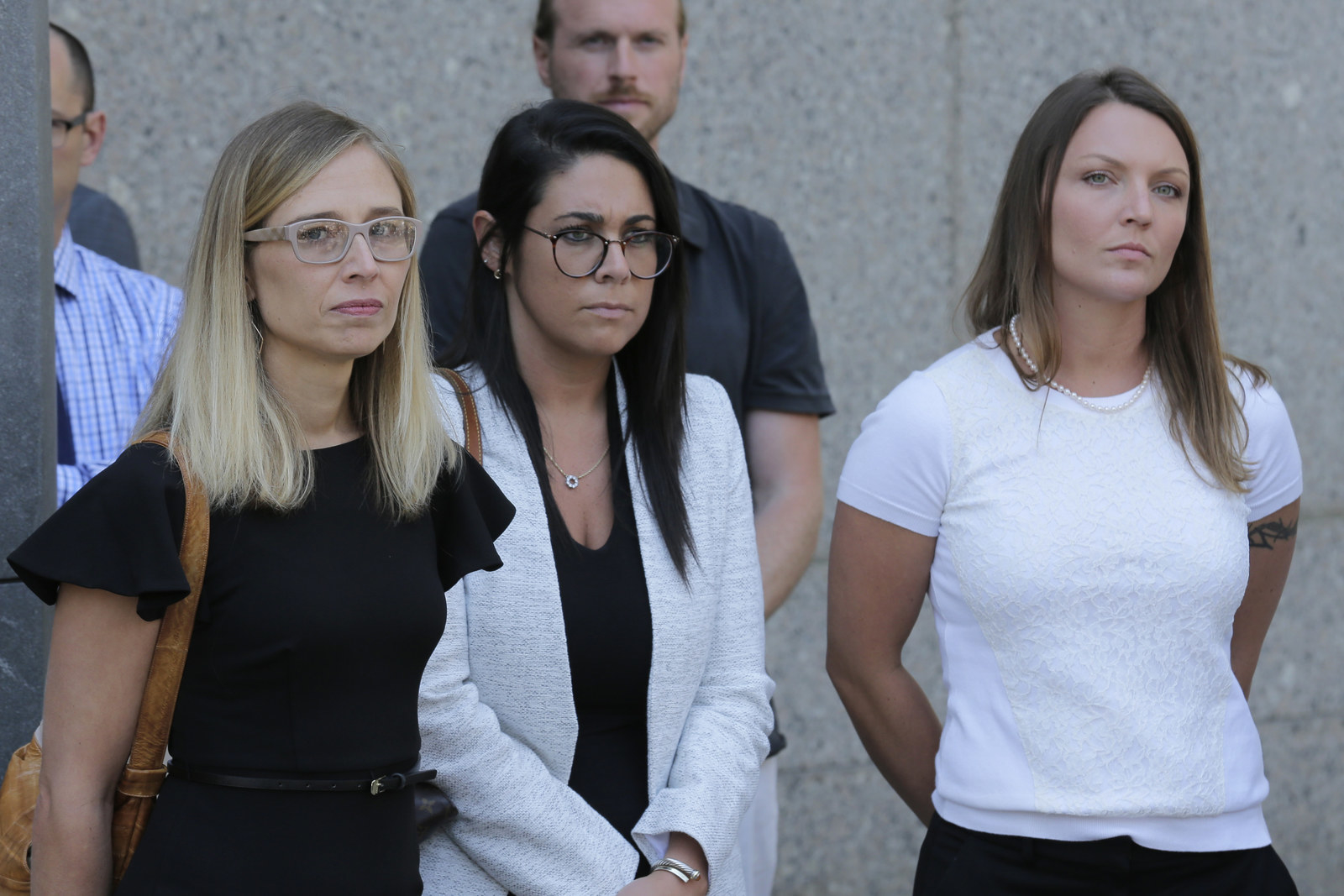 R. Kelly. Jeffrey Epstein. Keith Raniere. For more than a decade, each of these men escaped largely unscathed as allegations of sexual misconduct — sometimes involving minors — piled up. Which makes the recent prosecution of all three on federal sex-crime charges as surprising as it is welcome. It’s not often that powerful people get called to account for bad behavior.

But there’s something else unique about these arrests: they represent an all too rare instance of “sex trafficking” cases that seem to involve real predatory behavior.

It’s a nice change. In recent years, sex trafficking charges have largely been lobbed against sex workers and those who work with them. In both the media and the halls of justice these days, the terms sex trafficking and human trafficking are often used interchangeably with prostitution. It’s a dangerous trend that makes vulnerable populations all the more vulnerable, and has been used to particularly devastating effect against lower income and immigrant women.

Neither the pop star, the Palm Beach mogul, nor the NXIVM cult leader are accused of Hollywood-style sex trafficking (you know, the kind that involves abduction, captivity, and forced sex with strangers), or of personal financial gain from prostitution. But prosecutors are claiming ample evidence that Kelly, Epstein, and Raniere were each indifferent at best as to whether sexual partners were of legal age, as well as deceptive, coercive, or threatening to the women and teen girls they’re accused of victimizing. We can quibble over what particular criminal statutes their alleged actions violate, but no one seems to be excusing them.

Sex trafficking is legally defined as using force, fraud, or coercion to compel prostitution from someone else, or any prostitution that involves a minor. But way too often, however, what gets portrayed by prosecutors, politicians, and the media as sex trafficking is really just adults engaging in consensual, commercial sexual exchange. “Human trafficking operations” are all too frequently just rebranded stings by immigration or vice squad officers.

Immigrant sex workers are oftem the biggest victims from this conflation of sex trafficking with prostitution. It seems whenever immigrant sex workers band together, police insist on busting up their businesses in order to “save” them, and the recent stings at Florida massage parlors — in which NFL Patriots’ owner Robert Kraft got charged with solicitation — provide the perfect example. Authorities started with big talk about busting up a human trafficking ring, but later admitted all they found evidence of was some sexual touching along regular massages given by licensed adult women. Kraft and the other customers face misdemeanors, while the women “saved” were kept in jail for weeks or months, had their assets seized, and are looking at multiple felonies. 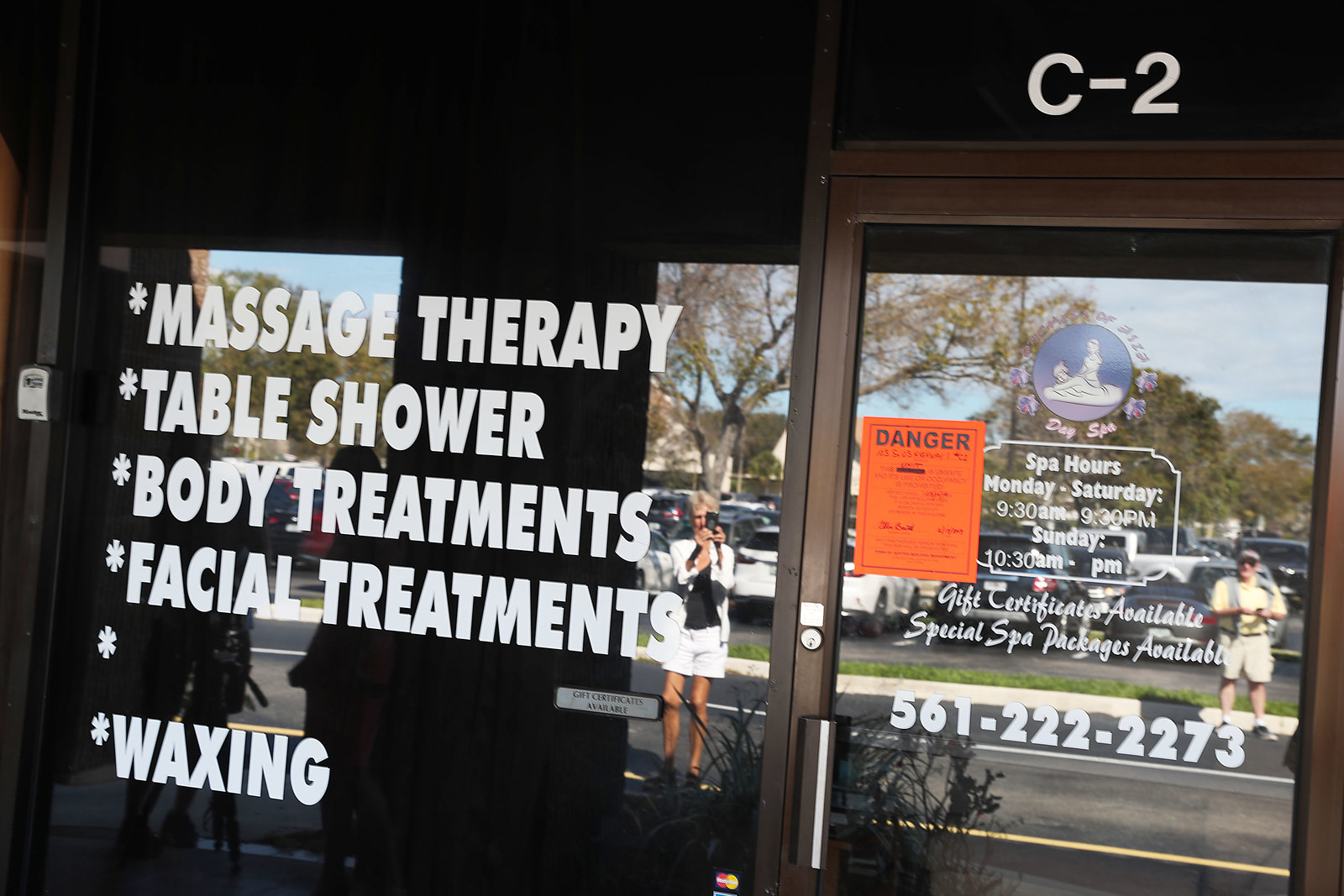 A “Danger” sign on the door of the Orchids of Asia Day Spa, where New England Patriots owner Robert Kraft was caught up in a law enforcement operation that initially claimed to be targeting a sex trafficking ring.

This was far from a one off. See, for instance, the yearly “national sex trafficking crackdown” that last year yielded exactly zero sex trafficking arrests, but 473 arrests for soliciting prostitution. Or the $1.5 million, Department of Justice-funded “anti-trafficking” program in Arizona that netted 10 trafficking convictions, but dozens of sex worker arrests and hundreds of charges for things like drug and gun possession. Or the story of “Alanna” and many others arrested in the FBI’s annual Operation Cross Country.

Or consider the “ongoing investigation into human trafficking” cited by cops in Columbus, Ohio after their strip club sting that netted Stormy Daniels, or the Nevada crusaders who want to shut down the state’s few legal and highly regulated brothels, or the Seattle-area cops out to shut down Korean sex workers.

Police do sometimes find minors—mostly older teenagers, many runaways from state homes or foster care—engaging in prostitution, of course. No one is arguing that that should be legal. But many of these minors have no “pimp” or “trafficker,” according to research from the Urban Institute.

In these cases, authorities are always eager to find someone to call the trafficker, even if that’s someone with a legitimate reason to think their “victim” is an adult. Or a tech platform that merely hosts classified ads — as in the case of the charges Kamala Harris brought against Backpage executives when she was attorney general of California. Or a sex worker themselves, maybe just getting by, maybe just recently turned 18, maybe even still underage.

In 2017, Kansas teenager Hope Zeferjohn was sentenced to nearly six years in prison for trying to recruit a younger teenager she knew from church to have sex for money. That Zeferjohn was a minor herself at the time, and acting at the behest of a much older man, wasn’t enough to stop state prosecutors from throwing the book at her, too.

In 2015, Oregon teenager Julie Haner got indicted on federal Mann Act charges—the same law R. Kelly is accused of violating—for driving her high-school classmate and former cheer-squad teammate across state lines to meet a man for paid sex. The friend was 17-years-old and Haner had recently turned 19.

The Mann Act is a favorite for federal prosecutors wanting to butt into prostitution stings when there are no minors nor evidence of coercion. That’s because the law prevents driving another person — technically gender neutral, but in practice these cases almost always involve a female sex worker — across state lines for prostitution purposes, plain and simple. It doesn’t matter if the person to have the illicit sex is an adult who wants to be there.

In its annual “Operation Cross Country,” the FBI often ratchets up federal arrest numbers by conducting stings in cities like Kansas City, where driving from one part of the city to another means crossing from Kansas into Missouri. In 2016, one of a handful of federal charges the massive national sting yielded was for a Kansas City man, Derrick Horne, whom an 18-year-old sex worker paid to drive her to a gig across town.

For the moment, the Department of Justice seems more occupied with targeting high-profile sex scrumbags than rounding up sex workers and their customers while pretending to save them. Let’s hope it stays that way.

Elizabeth Nolan Brown is an associate editor at Reason magazine, where she covers policy, culture, and current events from a libertarian and feminist perspective.

Everything Dropping at Palace This Week